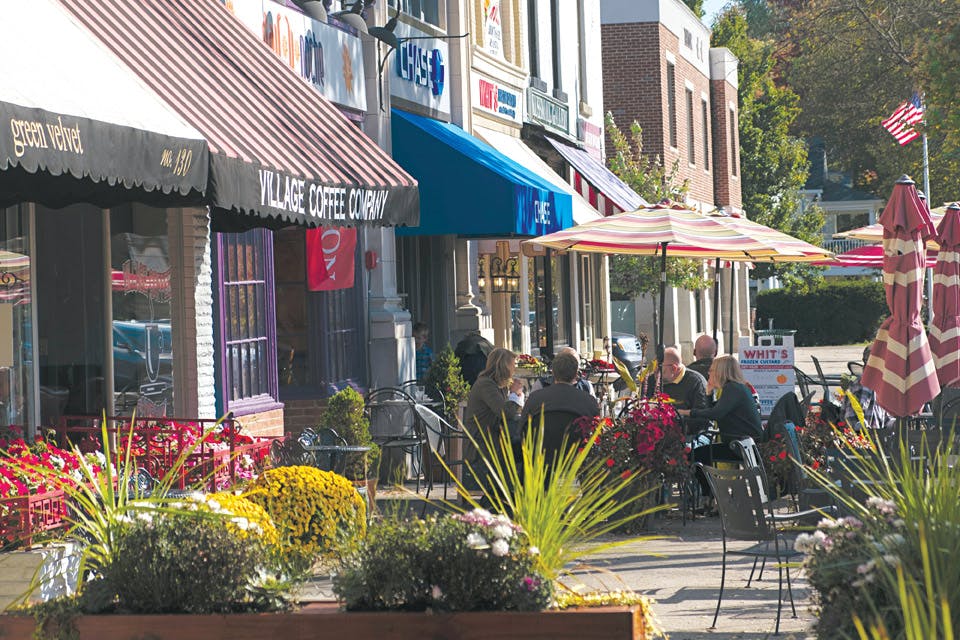 From the streets of historic Granville to the farm where Bob Evans and his family lived, these scenic byways offer insight into our state’s history.

This central Ohio route traverses rolling hills and passes by farms and historic cemeteries in central Licking County. The snapshot of days gone by is made possible in part by a 1-mill local levy that earmarks funds for protecting green spaces and farmland in the area.

“We’re one of the few communities in Ohio that has a green space, open space levy,” says Melanie Schott, a Granville Township trustee. “It helps us preserve areas of natural beauty and historical areas that may be subject to development.”

The state of Ohio approved the Granville Scenic Byway in 2016, and the new route aids the Granville Historical Society in telling the story of the area. Sitting at the heart of the byway is the village of Granville, which was settled in 1805.

The town still reflects the influences of the Massachusetts settlers who first tamed this then-heavily-forested part of central Ohio, and the development that followed when transportation systems such as the National Road and the Ohio & Erie Canal bypassed the town, bringing a focus on education and the founding of what is today Denison University.

“It’s small-town America at its finest,” Schott says of the historic village of Granville. “It was designed by early settlers, [so] it resembles a New England town.  dot.state.oh.us/ohiobyways

Stop Here: Founded as the Granville Literary and Theological Institution, Denison University dates back to 1831 and is one of the earliest colleges in the area west of the Allegheny Mountains and north of the Ohio River once known as the Northwest Territory. “Because of its historical significance, the university exerts a huge influence on the character of Granville,” says Schott. The campus features an open quadrangle design, which allows for great views across the hills, and the lauded liberal arts college’s notable alums include actors Steve Carell and Jennifer Garner as well as former Walt Disney Co. chairman and chief executive officer Michael Eisner. denison.edu

History Lesson: With many original buildings from the 1800s still standing today, the village of Granville is the centerpiece of the byway. The Buxton Inn first opened there in 1812, and it served as Granville’s first post office, as well as a stagecoach stop between Columbus and Newark. It has a special history of being visited by Presidents Abraham Lincoln, William Henry Harrison and William McKinley. One tale recounts how then-Gen. Harrison, an acquaintance of inn founder Orrin Granger, once rode his horse into the property’s ballroom while a party was underway. buxtoninn.com 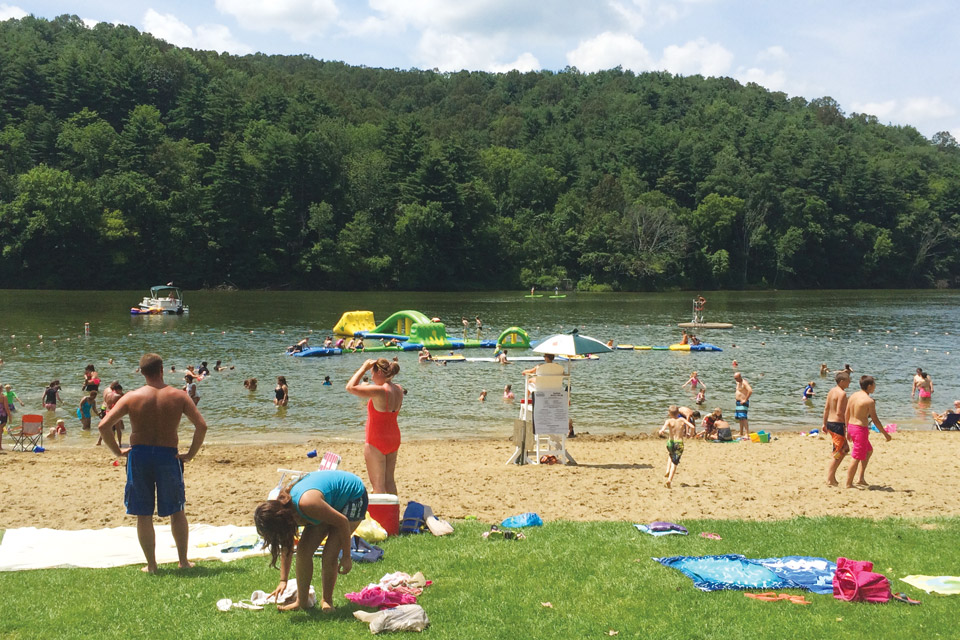 This eastern Ohio byway runs through the Appalachian foothills, passing by lakes, lush green hills and farm fields, but the route has a long history that stretches back to the Native Americans who called the area home.

“The byway was an original route for the Delaware and Wyandot Indians, and later it became kind of a passageway for the Moravian missionaries,” says Barbara Bennett, director of administrative services for the Muskingum Watershed Conservancy District, which sponsors the byway. “So it was a very vital trade route until the railroads came.”

This 55-mile route passes through an area full of historic churches, log cabins and cemeteries as well as the Conotton Creek Trail — a former rail line that runs 11 miles between the Harrison County communities of Jewett and Bowerston and draws travelers who want to hike or ride their bikes.

Tappan and Clendening lakes are arguably the region’s biggest draws. But there are smaller points of interest worth checking out, including the monument marking the birthplace of George Custer and the tiny town of Deersville.

“They have an old general store, awesome ice cream, and they have an outdoor venue for concerts,” says Bennett. dot.state.oh.us/ohiobyways

Stop Here: With 7 miles worth of lake views, this byway provides access to plenty of on-the-water fun. Tappan Lake offers cabins, camping, hiking, fishing, boating and a public park with a swimming beach. The lake is surrounded by hiking trails and offers a connection to the more than 1,400-mile Buckeye Trail, which touches all four corners of the state. The byway also passes by Clendening Lake, which is known for great fishing. “It’s a beautiful part of Ohio,” says Bennett, “and the lakes, in my opinion, are the main feature.” mwcd.org

History Lesson: The tiny town of New Rumley along state Route 646 is where George Custer was born on Dec. 5, 1839. A cavalry commander for Union forces during the Civil War, he gained national notoriety for his efforts to open the American West — a campaign that ended with Custer’s last stand at the Battle of the Little Bighorn in June of 1876, where he died along with more than 250 other soldiers while fighting several thousand Lakota and Cheyenne warriors. While only the foundation of his childhood home remains, a bronze statue of Custer stands on his birth site along with a pavilion exhibit that recounts details of the Civil War general’s life. ohiohistory.org 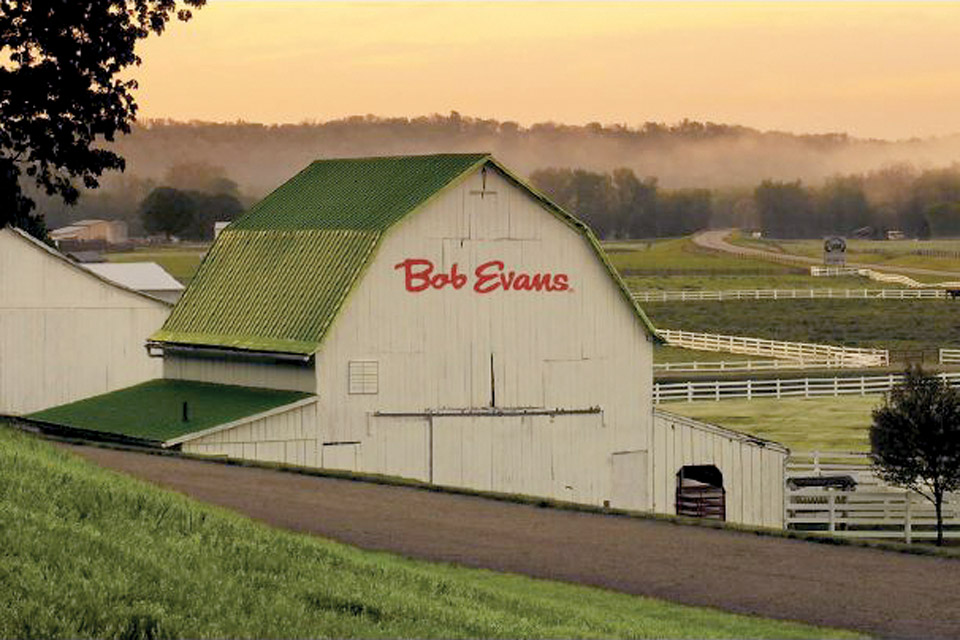 “The Welsh settled here and developed the countryside,” explains Jeanne Jindra, director of the Madog Center for Welsh Studies at southeast Ohio’s University of Rio Grande. “One of the reasons the Welsh stayed in the area was because the topography of the land looks a lot like it does in the area of Wales where the immigrants came from.”

Passing through Gallia and Jackson counties, this scenic byway also takes visitors past pastoral farms and wildlife areas such as Cooper Hollow, the Ohio River and Raccoon Creek, the latter being a spot where frontiersman Daniel Boone is said to have hunted and trapped.

Another notable stop is the Bob Evans Homestead Museum. Long before his name became synonymous with sausage gravy and biscuits, Evans and his family lived here and a museum shares the family’s story and the tale of the restaurant chain’s rise.dot.state.oh.us/ohiobyways

Stop Here: The home of restaurateur Bob Evans and his family is today the site of the Bob Evans Homestead Museum, which details how the restaurant business grew from a sausage shop located on what is now the home’s front yard. (Those who work up an appetite can grab a bite at the Bob Evans restaurant next to the property.) Walking tours of the surrounding area include an ancient Indian burial mound, a Revolutionary War cemetery and a schoolhouse with a view of Raccoon Creek. “It’s documented that Daniel Boone was along the Ohio River in Gallia County. … We’re pretty certain he must have been in or very close to Raccoon Creek,” says Jindra. bobevans.com/aboutus

History Lesson: Considered to be the Mother of Welsh Churches, the Moriah Presbyterian Church in Oak Hill was founded in 1835, and services are still held each Sunday. Located in a former Welsh church founded in 1841, the Welsh-American Heritage Museum on the campus of the University of Rio Grande is filled with rare items representing Wales and Welsh-American culture. The collection ranges from books and newspaper articles to photos and artifacts. When it opened in 1972, it was the only Welsh museum in the United States. Moriah Presbyterian Church is located at 2308 Moriah Rd., Oak Hill 45656. For more information about the Welsh-American Heritage Museum, visit rio.edu/madog.

For more information about these and other routes in the Ohio Scenic Byways Program, visit dot.state.oh.us/ohiobyways.