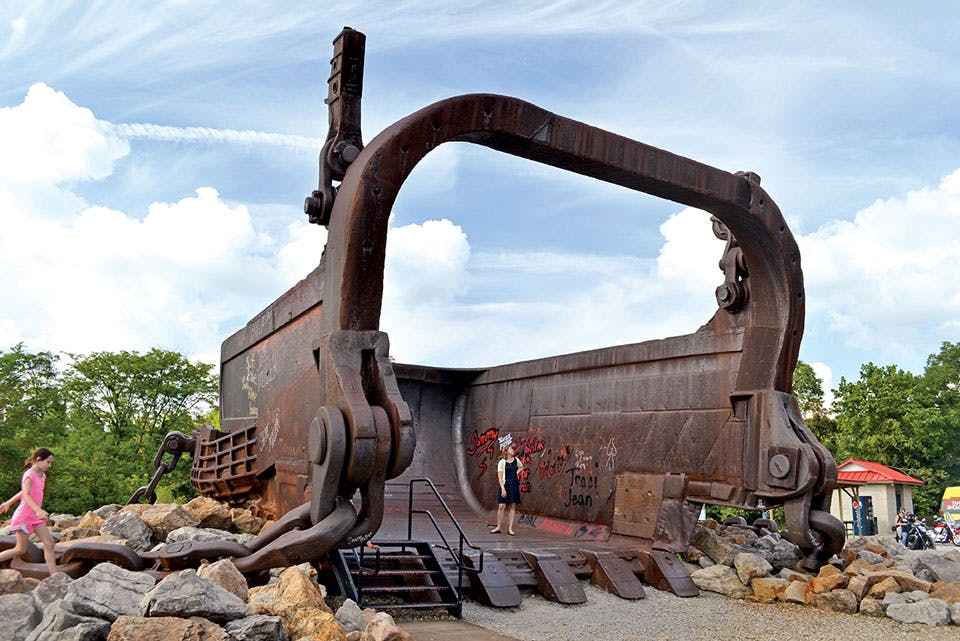 On May 22, 1969, the largest single-bucket digging machine the world had ever seen was about to go to work in the coalfields of southeast Ohio near McConnelsville.

On the day of its dedication, the enormous bucket of the behemoth — known affectionately as Big Muskie — was filled with the entire Morgan High School marching band, which was there to help mark the occasion.

With each scoop, the machine could swallow 220 cubic yards of trees, rocks and dirt, allowing miners to get to the coal seam hidden beneath.

“They could take a scoop of earth … lift it 30 stories high, and deposit it two city blocks away,” says Brian Cox, a forester with American Electric Power.

Throughout the 1970s and 1980s, Big Muskie did just that, helping extract more than 130 million tons of coal from a 125,000-acre surface mine to power AEP’s Muskingum River Power Plant. “When the mine was operating, it was the main employer for the area,” says Cox.

By the late 1980s, mining in the area slowed, and in 1991, AEP laid Big Muskie’s boom to rest while restoring the landscape. It wasn’t until 10 years later, after the remainder of the machine had been dismantled, that its bucket got a second life as a tourist attraction. AEP had to request permits from the Ohio Department of Transportation to move the 240-ton bucket to the crown of a new Miners’ Memorial Park, which had been built on reclaimed land. “We had to close the road down, because it was as wide as the road,” recalls Cox.

Now a destination for veteran and current miners, Big Muskie’s bucket draws school groups, tourists and even couples in love, according to Cox. “We’ve had several bucket weddings.”  — Frances Killea