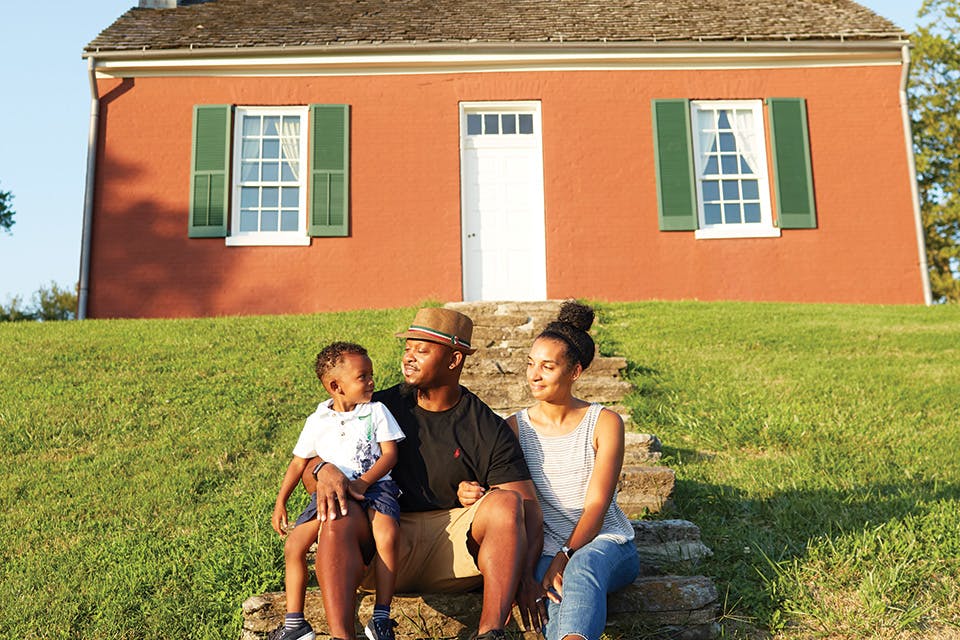 This home overlooking the Ohio River offered hope to more than 2,000 men and women escaping slavery along the Underground Railroad.

The John Rankin House stands atop a bluff high above the Ohio River and the village of Ripley. It was the home of Presbyterian minister John Rankin, who with the assistance of his wife, children and neighbors, helped provide safe passage to more than 2,000 African Americans seeking freedom from slavery.

The home is one of the most well-documented Underground Railroad stations in Ohio. Between 1822 and 1865, Rankin and his family provided food, water and direction that helped those fleeing north to keep moving toward Canada and stay ahead of bounty hunters. Given the risk, the family only provided overnight shelter when absolutely necessary.

The John Rankin House was designated as a National Historic Landmark in 1997, not only because of its role in the cause of freedom, but also because it inspired the Underground Railroad station in Harriet Beecher Stowe’s 1852 novel Uncle Tom’s Cabin. Stowe had moved to Cincinnati in 1832 at age 21 to join her father who lived there.

“I think some people just thought this was a good story, but it has been proven that Harriet Beecher Stowe and her family were friends with the family of Rev. John Rankin,” says Betty Campbell, site manager for the John Rankin House.

The Ohio History Connection owns the historic property, which has been carefully restored. Tours take about 45 minutes, and visitors will enjoy the panoramic views of the Ohio River, Kentucky hills and the village of Ripley.

“John Rankin’s family, along with many other men and women — Black and white — in the town of Ripley, worked as Underground Railroad conductors,” Campbell says. “That story of freedom is as relevant today as it was [then].”