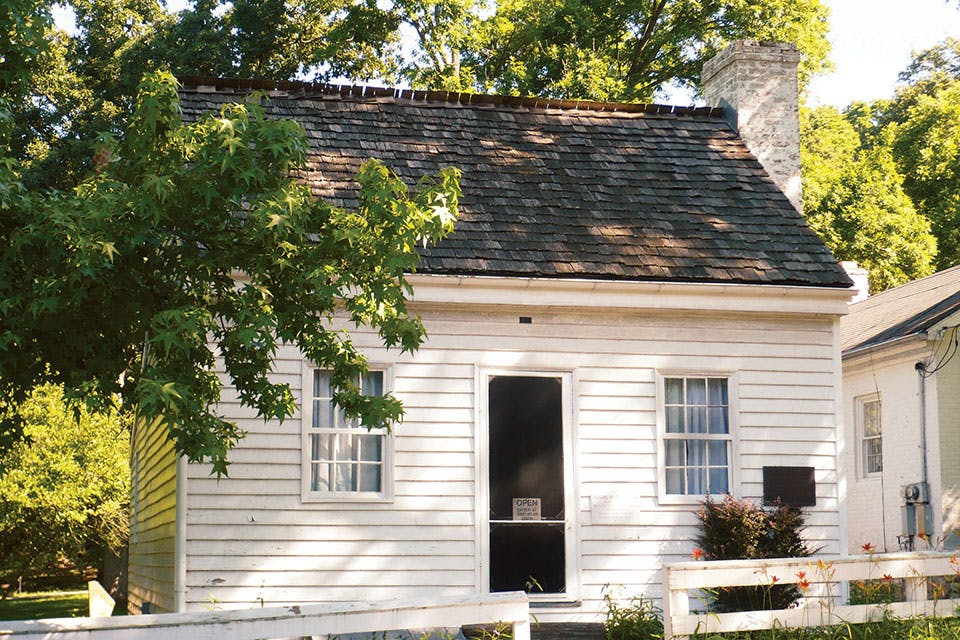 The 18th president of the United States was born in Point Pleasant on April 27, 1822. Visit his birthplace home and other southwest Ohio locations that shaped his life.

The small white cottage where President Ulysses S. Grant was born sits midway up a hill overlooking the Ohio River in Point Pleasant. Built in 1817, the cottage represents the humble beginnings of a man who would play an enormous role in binding together a splintered country and setting the stage for defining its identity as both a nation and a world power.

“Grant was raised in an abolitionist household,” says Greg Roberts, a historian and member of Historic New Richmond, which manages the property locally. “His experiences growing up in Ohio as an antislavery supporter in an area where it was a highly unpopular belief shaped his values early on.”

Tours of the cottage feature artifacts such as Grant’s campaign buttons, his wallet, gloves, military shoulder insignia, and the Bible he was presented with when he was sworn in as president.

The U.S. Grant Boyhood Home and Schoolhouse are located about 25 miles east in Georgetown. The two-story home has been restored to what it would have looked like in 1839, the year Grant left to attend the U.S. Military Academy. It features original pieces such as Grant’s baby bassinet, chairs from the Grant family and a gift shop and museum space where visitors can view artifacts such as the binoculars that he used during the Civil War.

An animatronic representation of Grant as a 15-year-old tells stories of his life through the common objects set before him: an apple, a book, a leather wallet. In the back of the home rests a one-and-a-half-ton slab of limestone that Grant hauled from the nearby river at the age of 12, outsmarting the group of men hired to do it and who said it couldn’t be done.

A third of a mile to the south on Water Street is the schoolhouse Grant attended while living in Georgetown. Built in 1829, the brick building is open to tours where visitors can explore the faithful re-creation of the one-room classroom as it was when Grant attended, including an original bench that was used during the time he was there.

“Grant was an extraordinary person who thought outside of the box,” says Nancy Purdy, curator of the Ulysses S. Grant Boyhood Home and Schoolhouse. “In our contemporary times, we are again beginning to realize how fundamentally important he was to the history of our country.”