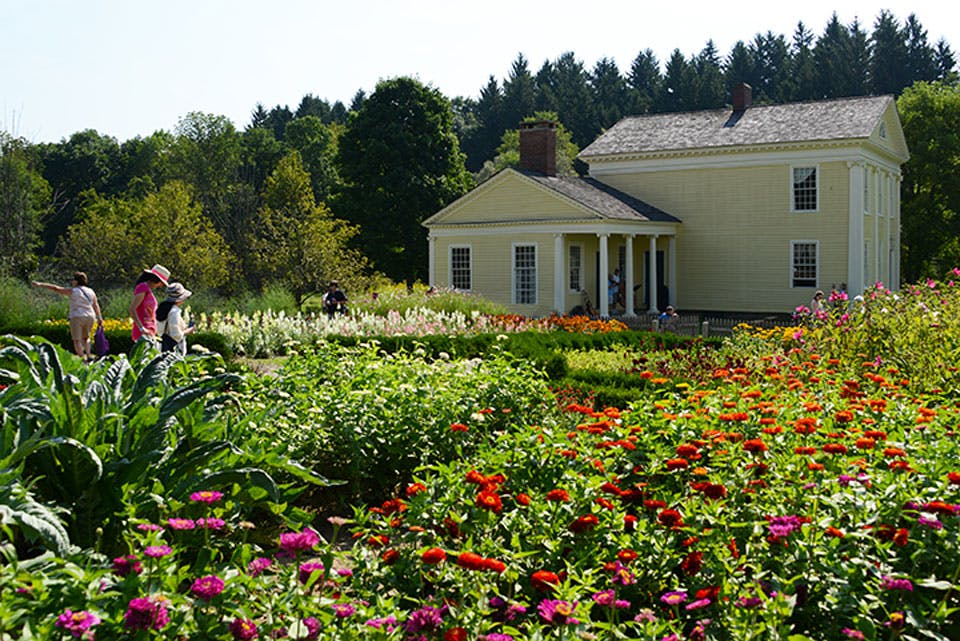 Heading out on one of Ohio’s Scenic Byways is a fun way to travel through time.

Stretching from Times Square in New York City to Lincoln Park in San Francisco, the first transcontinental auto road contains a century of history. The plotting of the route began in 1913, spurred by industrialists such as Goodyear Tire & Rubber Co. co-founder Frank Seiberling. “The Lincoln Highway was this hugely significant change in transportation history,” says Mike Hocker, director of the Ohio Lincoln Highway Historic Byway. “It became … America’s first super highway.” Today, remnants of early road culture, such as old gas stations and concrete markers constructed in 1928 by the Boy Scouts of America, can be seen along the route, which passes through 12 states and covers 241 miles through Ohio, stretching from East Liverpool to Van Wert. lincolnhighwayoh.com

Stop Here: Relax in one of the many gardens, and explore the main floor of the mansion at Mansfield’s 47-acre Kingwood Center. Built in 1926 for Ohio Brass Co. electrical engineer Charles Kelley King and his wife, the mansion houses an expansive horticultural library. Then, travel four miles down the road to check out the Ohio State Reformatory, a popular tourist stop that was immortalized in the 1994 film “The Shawshank Redemption.” kingwoodcenter.org, mrps.org

History Lesson: The Brownella Cottage in Galion is the former home of William Montgomery Brown, who published Communism and Christianity in 1920. It led the Episcopal clergyman to become the first bishop to be tried for heresy since the Reformation of the Christian church in the Middle Ages. Tour his home and visit the carriage house museum that tells his story. galionhistory.com 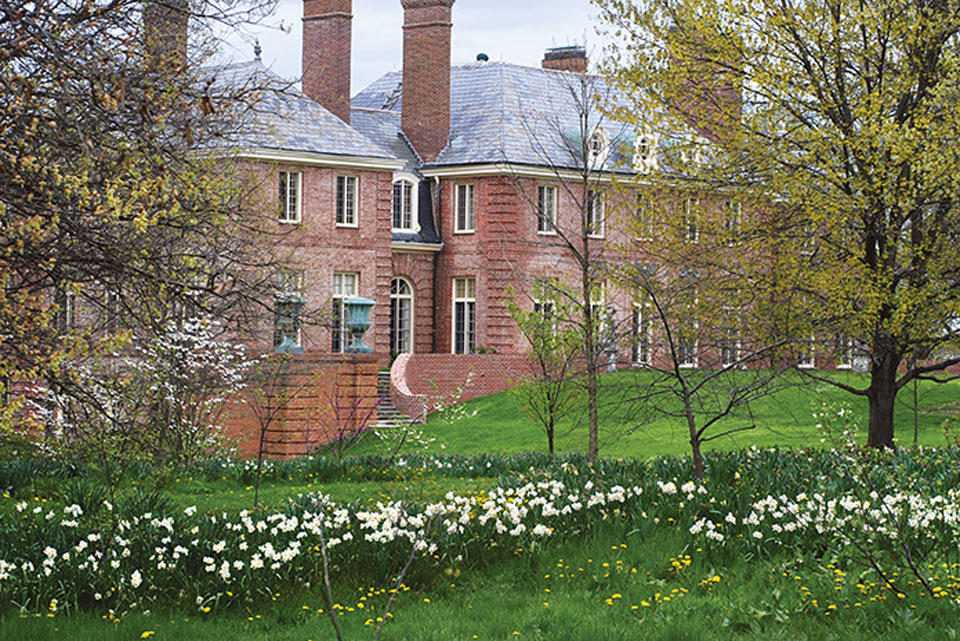 Measuring just 10.5 miles, this short route follows the ancient Native American trails along the Olentangy River. As the area became populated with farms and sawmills, the natural scenery diminished until the Columbus and Franklin County Metro Parks stepped in. “For the past 42 years, we’ve been restoring the forest,” says Jill Snyder, a senior naturalist for the park system. “We protect a lot of the trees that make it a scenic space.” Commissioned as the first road in Delaware County, this byway showcases the region’s landscape and archaeological finds as well as its rural character. ohiobyways.com

Stop Here: An ancient river eroded the limestone rock to form the winding passages and expansive rooms of the Indian Caverns. Artifacts have been found in the cave, which is located in Delaware, indicating it was a place where Native Americans made arrowheads and other stone tools. Cool off in the underground passages or try your hand mining for gems and other small treasures above ground. olentangyindiancaverns.com

Take a Hike: The 100-foot-tall shale bluff that towers over the Olentangy River lends the Highbanks Metro Park its name, but streams have carved a number of deep ravines here as well. Hike the overlook trail to reach the observation deck, or take a leisurely stroll through fields on Big Meadows Path. metroparks.net/parks-and-trails/highbanks

At the beginning of the 19th century, Ohio was rich in natural resources, but its landlocked nature kept it separated from eastern markets until the completion of the Ohio & Erie Canal in 1832 connected Lake Erie to the Ohio River. A drive along the Ohio & Erie Canalway Scenic Byway gives you insight into the 110-mile portion of the canal that stretches from Cleveland to Tuscarawas County. “[The canal] represents a major piece of America’s first transcontinental transportation system,” says Tim Donovan, executive director of the Ohio & Erie Canalway National Heritage Area. “It opened up an internal trade system in America that allowed us to nationalize our economy.” ohioanderiecanalway.com

Stop Here: Hale Farm & Village in Bath serves as a living museum with a variety of authentic historic buildings. Re-enactors portraying daily activities allow visitors to experience life as an American living during the Civil War, with demonstrations of trades, including candle-making. Both kids and adults can try their hand at glass blowing, pottery and more during workshops. wrhs.org

Reminders of the abolitionist movement and Quaker heritage remain in the valleys and wetlands of this 15-mile byway dotted with buildings that predate 1860, including some with evidence of being stops on the Underground Railroad. “We were recognized early in the 1800s as the center of anti-slavery activity in this area,” says Mount Pleasant historian Sherry Sawchuk, adding that the peaceful, anti-war Quakers were part of that effort. “The Fugitive Slave Law meant the owner had the right to take their property back. When [Quakers] were involved in hiding a slave, they were actually breaking the law.” ohiobyways.com

Stop Here: As Quakers relocated to northeast Ohio, they opted to establish Mount Pleasant’s Quaker Yearly Meeting House, where they could gather to discuss issues of the day. Built in 1814, it became the first yearly Quaker meeting house west of the Allegheny Mountains. Visitors can take a 30-minute tour of the historic structure. 298 Market St., Mount Pleasant 43939, 740/769-2893

History Lesson: The Benjamin Lundy House and the Free Labor Store were two abolitionist-owned Mount Pleasant businesses housed under one roof. On one side of the building, Lundy wrote the first entirely anti-slavery newspaper, Genius of Universal Emancipation. On the other side, the Free Labor Store only sold products that did not involve slave labor. 501 Union St., Mount Pleasant 43939

Discover ancient Native American mounds as well as remnants of southern portions of the Ohio & Erie Canal along this 84-mile byway, which explores the wooded Appalachian foothills. “It tells the history of this county,” says Bill Tipton, chairman of the Scenic Scioto Heritage Trail. “You can understand the industry, the agriculture and even the sights that were used by the Native Americans.” sciotoheritagetrail.com

Stop Here: According to folklore, the Shawnee tribe used Raven Rock as a lookout over the Ohio River valley. Today, the rock still offers a panoramic view of the valley below, and three natural arches — the largest spanning 10-feet-wide — have formed through the weathering of the sandstone. naturepreserves.ohiodnr.gov/ravenrockarch

History Lesson: Revolutionary War veteran Philip Moore used sandstone from a nearby hill to build what is now known as the Philip Moore Stone House. Completed in 1797, it is one of the last primitive homes in southern Ohio. After Bishop Francis Asbury — one of America’s first two Methodist bishops — held a service here, it was given the moniker the “Cradle of Methodism.” Available to rent for private functions, the Portsmouth home also hosts periodic open house dates for the general public. portsmouthstonehouse.com

For more information about our state’s 27 designated Ohio Byways and other stops along the way, visit ohiobyways.com.