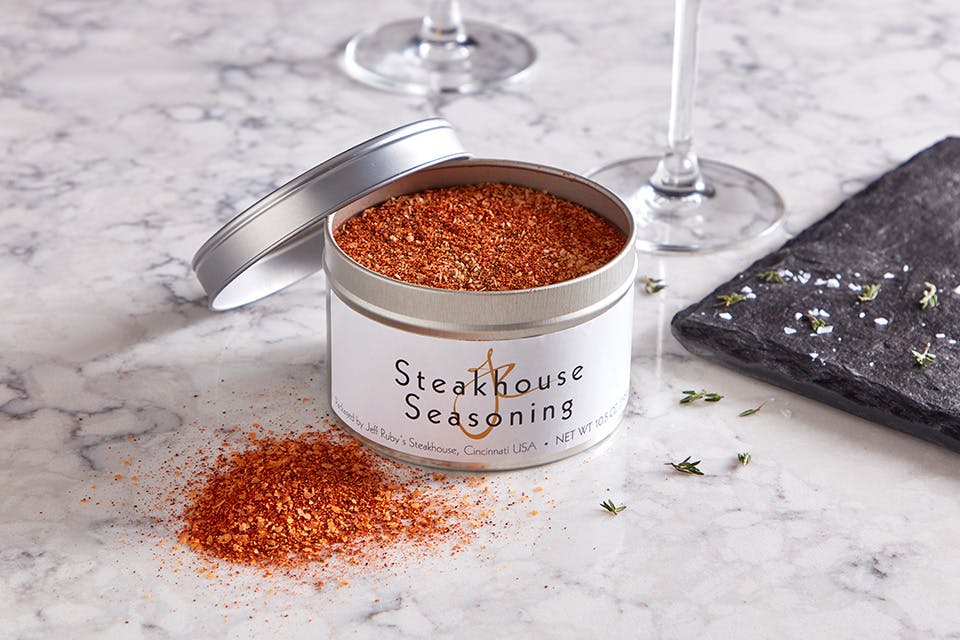 Jeff Ruby’s Steakhouse Seasoning | Cincinnati
In the early 1980s, Jeff Ruby fell so in love with the seasoning used at a Dayton-area steakhouse, he put up a $50 reward for an empty jar of it in the hopes of locating the supplier. He got one and, with the seasoning supplier’s help, tweaked a couple of the main ingredients to craft the mix of herbs and spices his family-owned steakhouse has used for decades now. Available at Jeff Ruby Culinary Entertainment locations and online. jeffruby.com

Eckerlin Meats Goetta | Cincinnati
German immigrant Ernie Eckerlin opened his Cincinnati slaughterhouse in 1852. Today, that business has grown into Eckerlin Meats, a family-run operation known for its goetta. What’s goetta you ask? You’re not alone. The mix of oats, ground meat and seasonings is distinctive to the Germans who settled Cincinnati but influenced by the grain sausages of their homeland. Slice it, griddle it and enjoy. 116 W. Elder St., Cincinnati 45202, 513/721-5743, eckerlinmeats.com 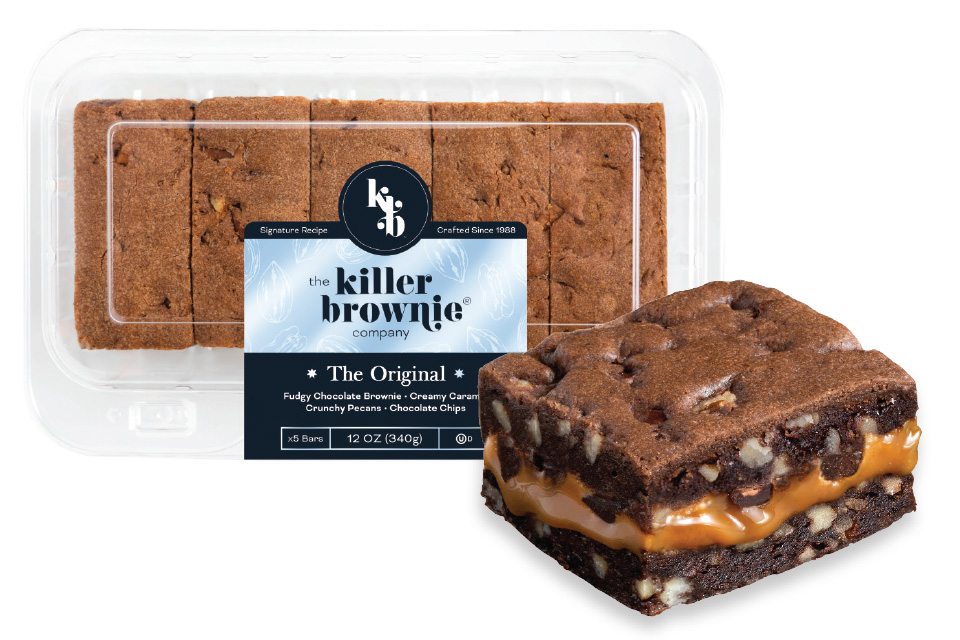 The Killer Brownie Co. | Dayton
Starting as one of many desserts sold at Dayton’s Dorothy Lane Market in the 1980s, this hulking creation quickly became a customer favorite. Still made using the same recipe, The Original Killer Brownie consists of three layers of rich, fudgy brownie with pecans, caramel and chocolate chips. Available at Dorothy Lane Market, Kroger locations in the Cincinnati area and select markets across Ohio. killerbrownie.com

Holtman’s Donuts Maple Bacon Donut | Cincinnati
Charles and Roger Holtman opened the doors of their shop in 1960 to help their father, Marvin, find work after losing his job as a milkman. The family business is now a local favorite known for its Maple Bacon Donut. The rich maple icing with bacon crumbles on top delivers a sweet-and-salty mashup that makes for a perfect start to the day. Available at Holtman’s Donuts’ five Cincinnati-area locations. holtmansdonutshop.com 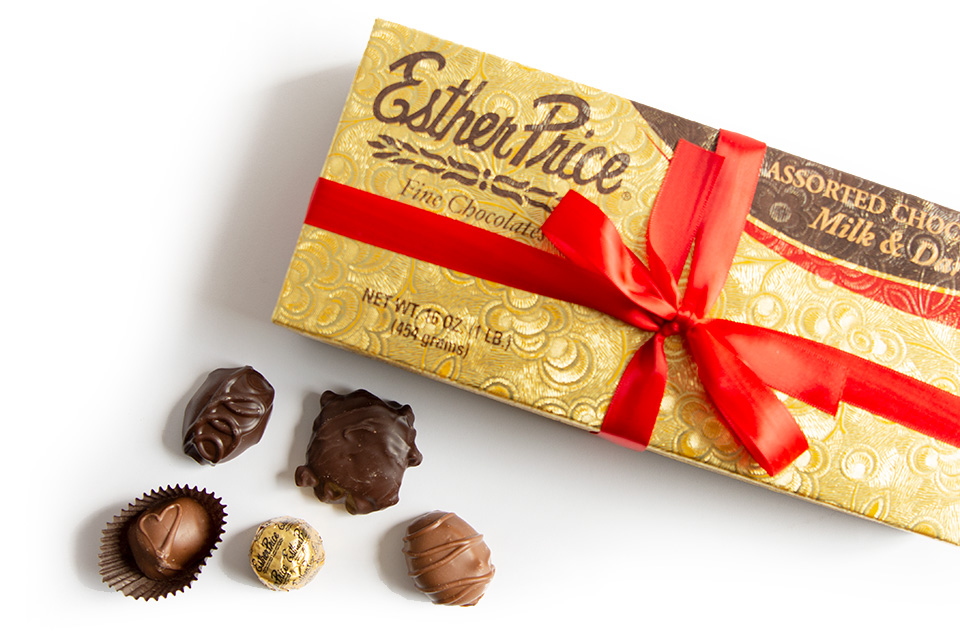 Esther Price Candies | Dayton
Esther Price began in 1926 with a Dayton teenager who enjoyed making candy in her parents’ kitchen and selling it door to door. Nearly a century later, Esther Price is still known for its chocolates and fudge, based on the same recipes that started it all. The company even still tops many of its boxes off with a hand-tied red bow. Available at Esther Price’s seven southwest Ohio retail locations and online. estherprice.com

The Pine Club House Dressing | Dayton
The Pine Club is a Dayton legend, and since its opening in 1947, the steakhouse has served a house salad of fresh iceberg lettuce and shredded carrots dressed in a simple yet stellar mix of oil, vinegar and sweet garlic. In the 1990s, the restaurant began selling its jarred signature dressing in grocery stores so fans could replicate The Pine Club’s house salad at home. Available at markets across Ohio and online. thepineclub.com

BY THE NUMBERS: Skyline Chili
It wasn’t the first Cincinnati-style chili spot, but it’s the most famous. It all started atop Price Hill at a restaurant that offered a view of the downtown cityscape. skylinechili.com