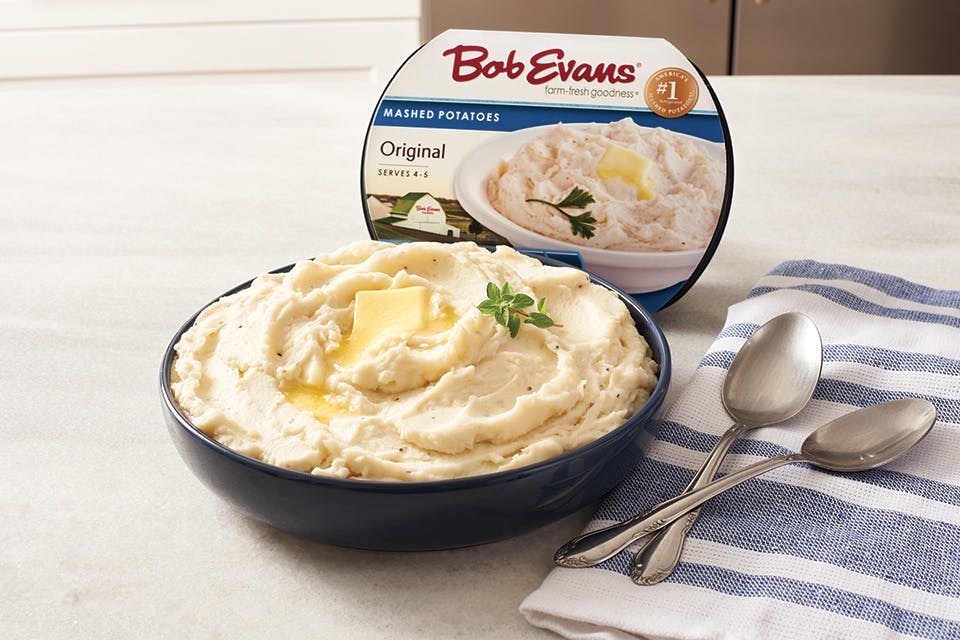 What had its beginnings in Gallia County has grown into a national brand that brings its namesake’s favorites to diners and home cooks alike.

As you may have guessed, it all started down on the farm. Bob and Jewell Evans got married and settled in rural Gallia County during the summer of 1944. Two years later, the couple opened a 12-stool diner called The Steak House in Gallipolis, and in 1948, they began delivering the sausages they made by way of a refrigerated truck with a cartoon pig on the side.

“That’s where he created his signature sausage recipe,” Bob Evans Restaurants senior marketing manager Angie Homan says of the Bob Evans Homestead, which still stands today and is on the National Register of Historic Places. “Bob and his wife, Jewell, would welcome friends into their farmhouse to try Bob’s recipe and share a homemade meal.”

Bob Evans got into the sausage business after struggling to find a quality product to feed the hungry truck drivers who stopped at his diner, according to Alison Emery, director of marketing communications at Bob Evans Farms. So, he began producing sausage patties and links from the hogs that he raised on the farm.

By 1953, interest in Evans’ sausage recipe prompted him and a few of his friends to expand the business by forming Bob Evans Farms. Nine years later, Evans opened the Sausage Shop — a bright-red building that launched what would ultimately become Bob Evans Restaurants. A second Bob Evans Restaurant location opened in Gallipolis in 1968.

Restaurant locations and sausage sales grew in Ohio and beyond during the decades that followed. In 2013, Bob Evans Farms moved to New Albany, Ohio. The restaurant side of the business was sold to private equity firm Golden Gate Capital in 2017, and Post Holdings acquired the packaged foods side in 2018.

Bob Evans favorites available at the supermarket today include the company’s sausage as well as mac and cheese, mashed potatoes and liquid egg whites.

“Our mission as a company,” Emery says, “is to create farm-inspired food that makes mealtime a little bit easier and a lot more delicious.”