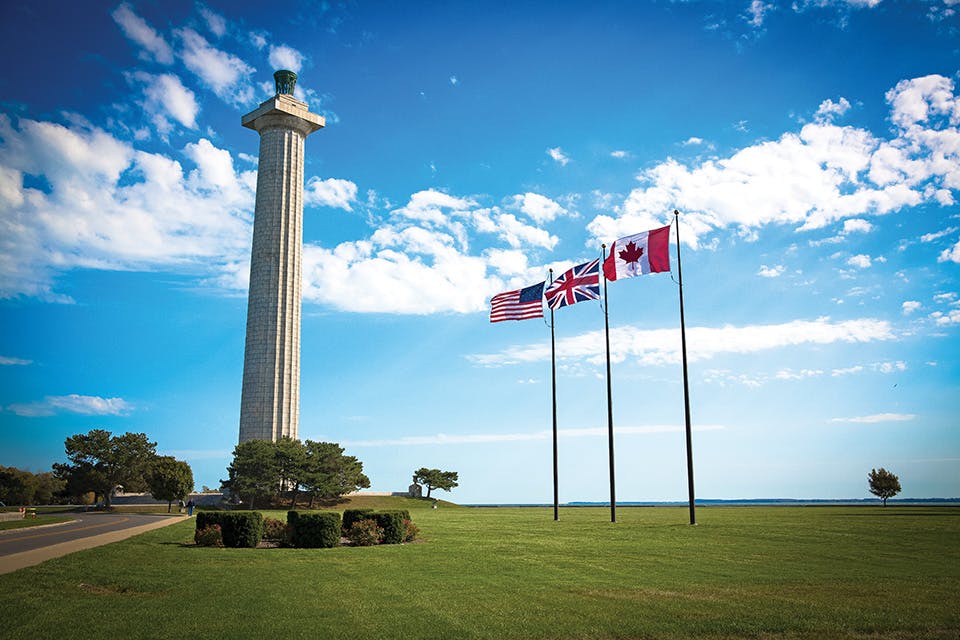 Visit the monument that pays tribute to Oliver Hazard Perry’s pivotal victory during the War of 1812 to museums that trace the history of life and industry along our shoreline.

In 1912, amid centennial commemorations of the War of 1812, construction began on a monument at Put-in-Bay in memory of Oliver Hazard Perry and his successful campaign against the British Navy at the Battle of Lake Erie.

On June 13, 1915, the monument — then as now, the world’s largest Doric column at 352 feet tall — opened to the public, memorializing not just the battle, a watershed moment in American naval history, but the ensuing peace that remains to this day between the United States, Great Britain and Canada.

Typically, visitors are allowed to ascend the observation deck atop the monument, affording views of Ohio, Michigan and even Canada on a clear day. The nearby visitors center includes a 15-minute film on the Battle of Lake Erie, an elaborate diorama that provides an overview of the battle with small models of the ships involved and artifacts relating to the War of 1812, including a piece of the Niagara and samples of artillery used during the battle that go far beyond cannonballs.

“They fired just about anything,” says Robert Whitman, a ranger with the National Park Service, which has overseen the Perry’s Victory & International Peace Memorial since 1936. “Grapeshot, canister shot, langrage, which is basically throwing hardware into a canvas bag. There’s even a story that someone loaded a deck gun into a cannon and fired it.”

The rangers offer programs throughout the summer, including talks ranging from the strategic importance of Put-in-Bay to nature-themed programming on local wildlife and invasive species. New this year is an angling program, teaching children about fish and how to identify different types.

“And then we take them to the seawall and let them fish off of it,” Whitman says.

The monument is also the site of the annual commemoration of the Battle of Lake Erie every September, typically the weekend after Labor Day. 93 Delaware Ave., Put-in-Bay 43456, 419/285-2184, nps.gov/pevi 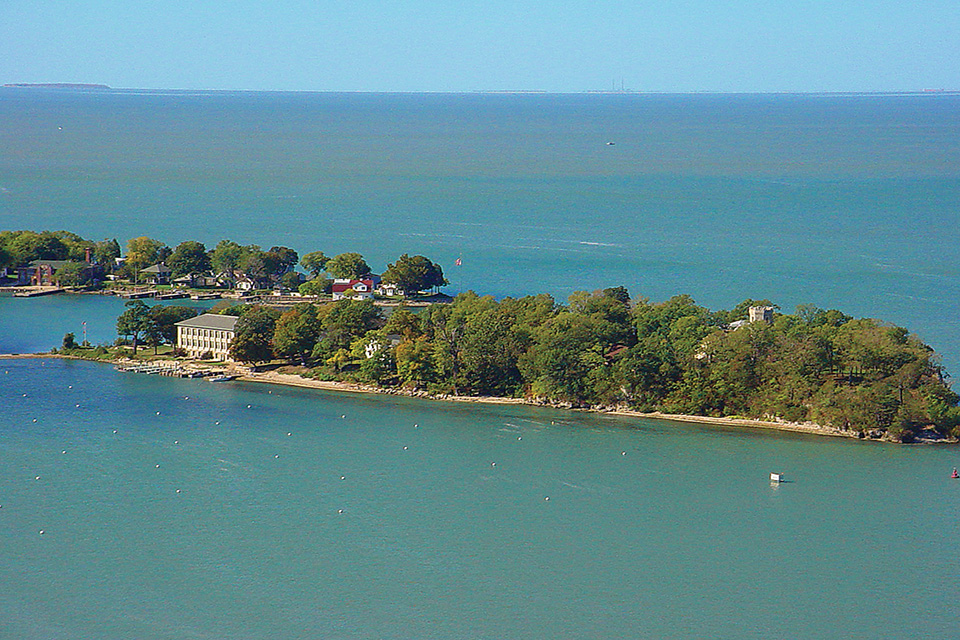 Gibraltar Island in the mouth of Put-in-Bay has a legacy disproportionate to its 6.5-acre size. So named because of its resemblance to Europe’s Rock of Gibraltar, the island was used by Oliver Hazard Perry as a lookout point during the War of 1812 and was later the site of a summer home for Jay Cooke, the Sandusky-born banker and railroad tycoon known as the man who financed the Civil War. Cooke’s family sold it to Julius Stone, who in turn donated it to The Ohio State University. Today, the island is home to Stone Lab, a working laboratory. It’s traditionally open weekly during the summer for tours. For more information about visiting Gibraltar Island, go to stonelab.osu.edu or call 614/292-8949. 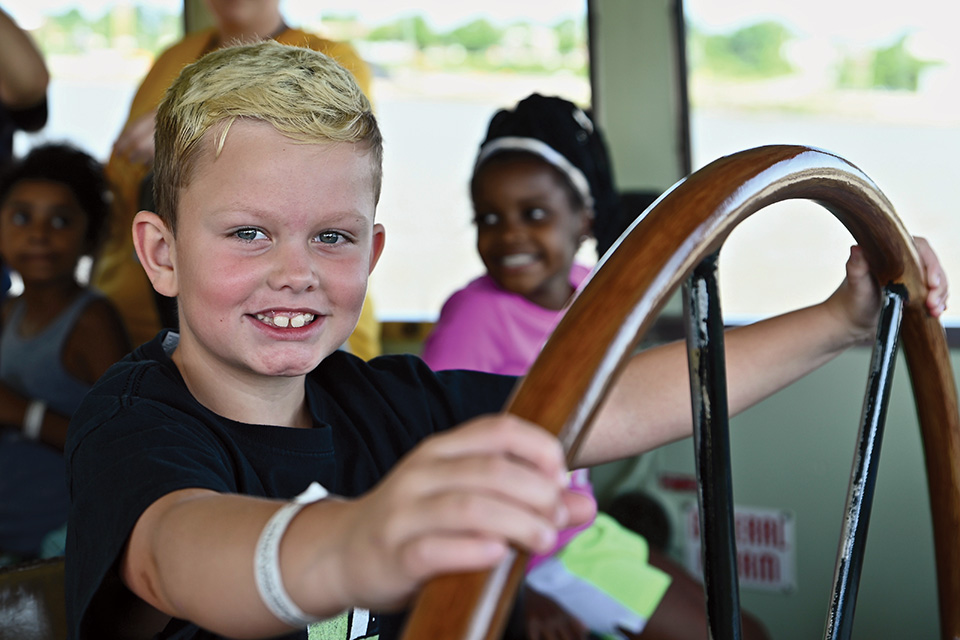 Check out three museums that celebrate our lake heritage.

Lake Erie Islands Historical Society
An outgrowth of the 1975 Put-in-Bay Centennial Committee, the Lake Erie Islands Historical Society chronicles the island’s history and heritage, from the War of 1812 to Islands Airline (historically known as the smallest airline in the world). Of special note is the exhibit devoted to the Hotel Victory, a 825-room palace built by the Feick Construction Co. of Sandusky that was destroyed by fire in 1919. 411 Catawba Ave., Put-in-Bay 43456, 419/285-2804, leihs.org

Ashtabula Maritime and Surface Transportation Museum
For generations, lighthouses along theLake Erie shore had nearby homes for their keepers.The one serving Ashtabula Harbor Lighthouse now houses a seasonal museum that includes models of the harbor and two former Ashtabula stations of the U.S. Lifesaving Service, a display related to the 1876 train disaster and a 4-foot model of a Hulett ore unloader. 1071 Walnut Blvd., Ashtabula 44004, 440/964-6847, ashtabulamaritime.org