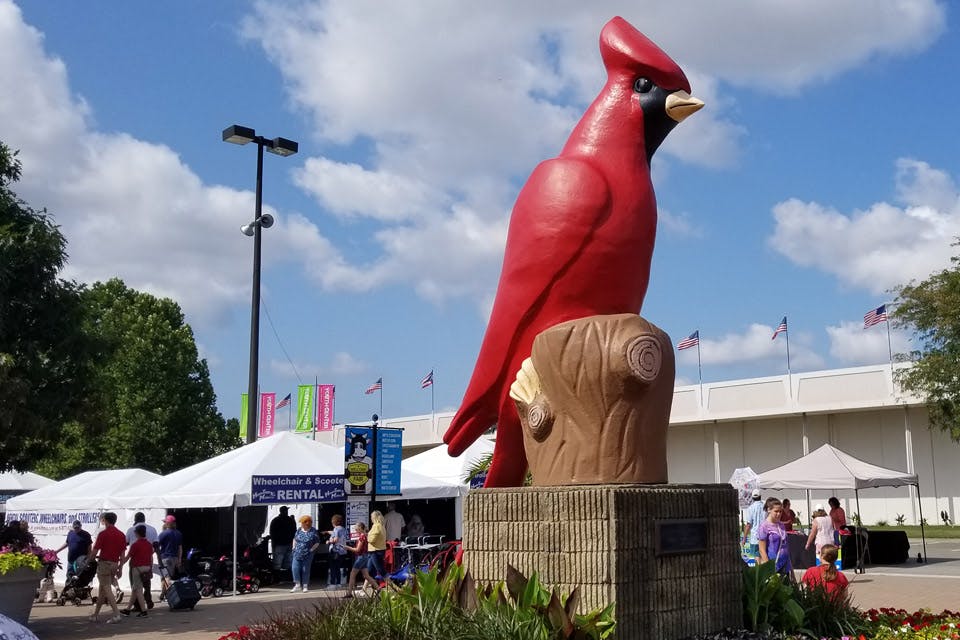 From the Cardinal Gate’s namesake to the Dairy Products Building’s iconic butter creations, here are four famous spots you'll want to visit (and snap a quick photo) at the fair.

The giant cardinal standing just inside the main gate of the Ohio State Fair serves as an instant draw to visitors who can’t help but stop and snap a quick photo with our state bird. It’s just one of the iconic spots at the Ohio State Fair that you’ll see popping up in Facebook and Instagram feeds between now and Aug 4. Here are three other photo-worthy spots we recommend checking out

Sky Glider: The Sky Glider has been an Ohio State Fair fixture since 1969, and the only thing better than snapping a photo of the colorful ride from the ground is doing so while your legs are dangling over the concourse. Ticket booths for $3 one-way rides located just past Cardinal Gate at north end of fairgrounds and in Kiddieland area. 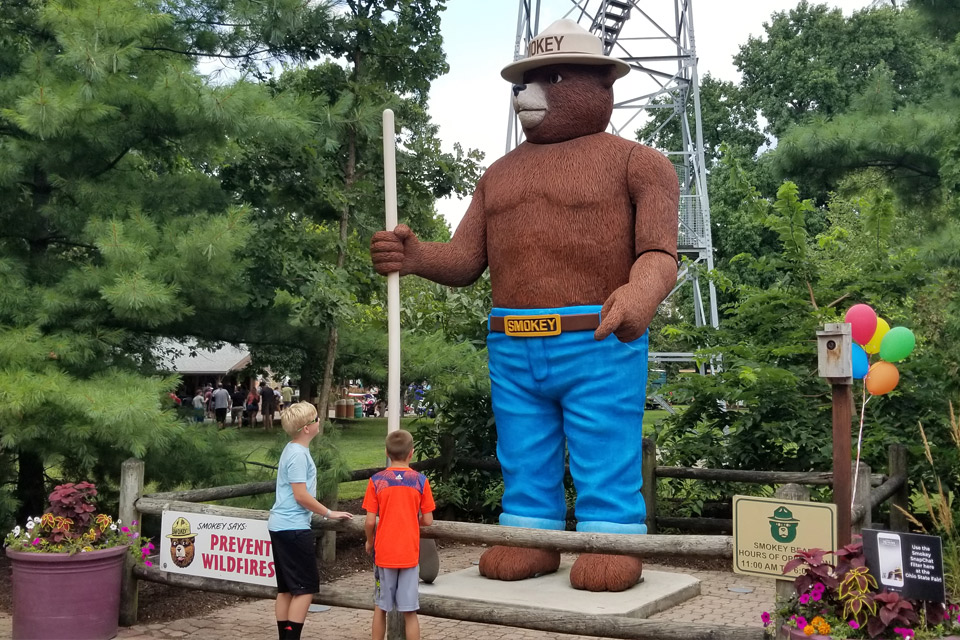 Smokey Bear: Smokey Bear is a decades-long Ohio State Fair tradition. In 2015, a 14-foot animatronic version of Smokey was unveiled that, along with the ability to interact with visitors, has a moving mouth, head and arm. Located in the 8-acre Natural Resources Park at the south end of the fairgrounds. 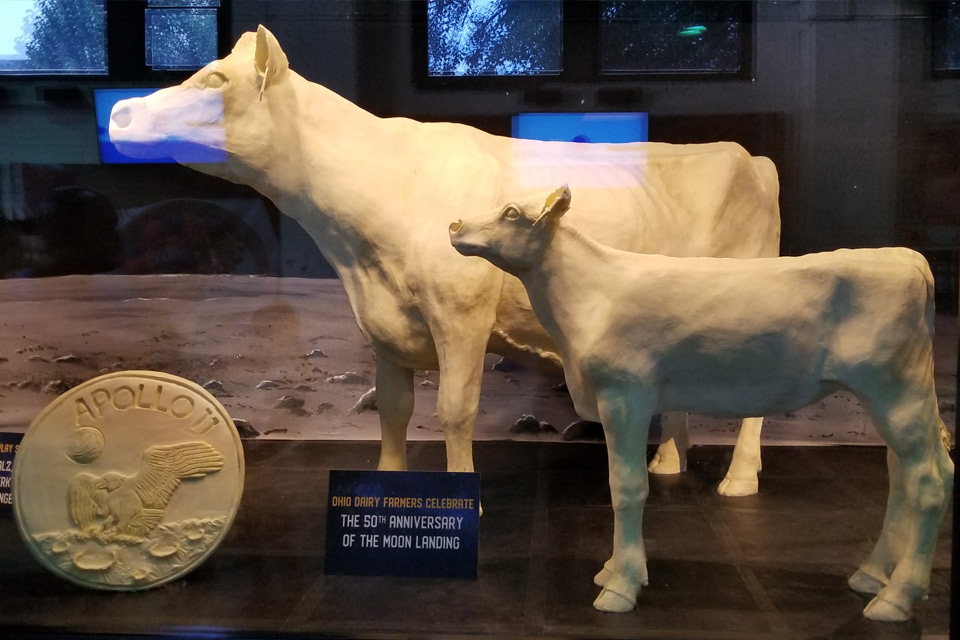 Butter Cow: The fair’s butter cow tradition began in 1903 and took up residence in the Dairy Products Building in the 1920s when its calf appeared as well. During the 1960s, an Ohio icon was sculpted each year in addition to the traditional cows. This year's special display honors Apollo 11 and Ohioan Neil Armstrong. Located in the Dairy Products Building just east of Cooper Arena and south of Taft Coliseum.

*Read our story about the long history of the Ohio State Fair butter cow here.*

For more information about the Ohio State Fair, which runs through Aug. 4, visit ohiostatefair.com.