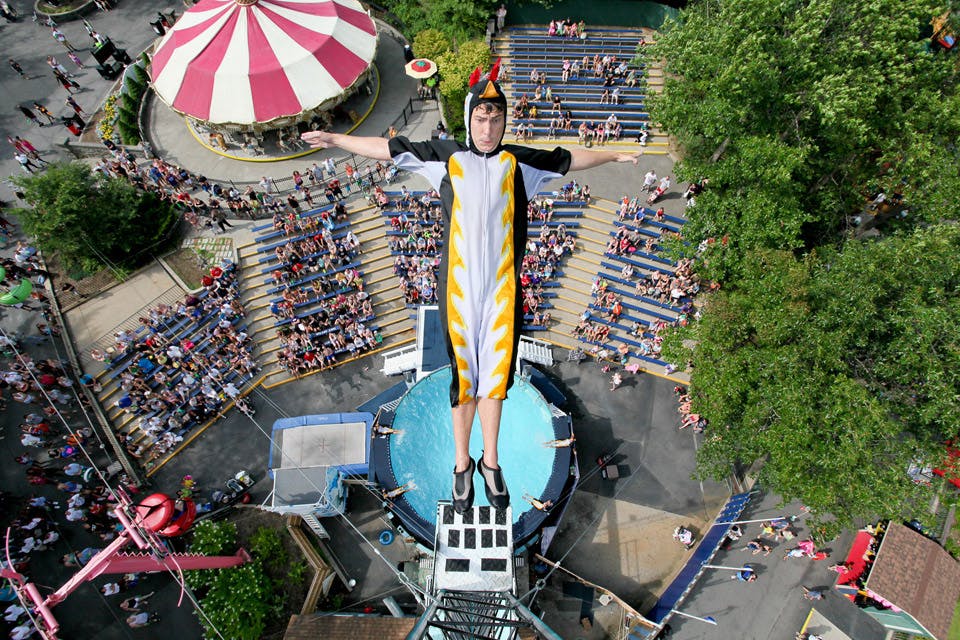 Here are a few of this year's fun happenings.

Maybe you’ve never pondered the idea of watching trained divers dress up as penguins and perform acrobatic stunts in a show that is half comedy, half thrills. But you’ve also probably never heard of the Arctic Olympic Games.

This traveling show, which has toured the United States, visits the Ohio State Fair this month, with performances scheduled multiple times a day from July 27 to Aug. 7.

The production’s creator, Bill Brown, has been directing diving shows for the past 25 years. After diving during high school and college, he got his first experience doing so professionally when his former coach told him about an opportunity in Europe. “Unbeknownst to me, there were diving shows going on at fairs and parks,” Brown says.

After 11 years of diving with the same company, Brown, who lives in Florida, decided he didn’t like what was happening with other shows and felt the urge to start his own. He wanted to create a themed high-dive performance that would stir up laughter and excitement.

The result was the Arctic Olympic Games, which focuses on the misadventures of a group of penguins when their trainer leaves them unsupervised. Brown says the show’s two biggest moments are the breathtaking 85-foot high dive and a stunt in which one diver’s cape is set ablaze. “We then dive into the water with a trail of fire about 25 feet long,” Brown says. “You can feel it from where you sit in the audience.”

Hair Flair: Gentlemen and their whimsical whiskers will gather for the third consecutive year at the Ohio State Fair. The Old Familiar Beard Bash competition on Aug. 3 from 2:30 to 4 p.m. will once again determine whose facial hair reigns supreme. Participants can register for free just before the event and competition categories include partial, full, natural, freestyle and fake beards, as well as mustaches.

For the Record: Take part in the fair’s Aug. 3 attempt to break the Guinness World Record for the largest number of people participating in an ice cream-eating contest. Registration for the 11:30 a.m. attempt begins an hour prior and is open to the first 250 contestants age 16 and older. Each participant will be provided a pint of Ohio-based Velvet Ice Cream’s Original Vanilla flavor and directed to eat as much of it as they can in the allotted two-and-a-half minutes. Watch out for brain freeze.

For more information about all of the events at this year’s fair, visit ohiostatefair.com.