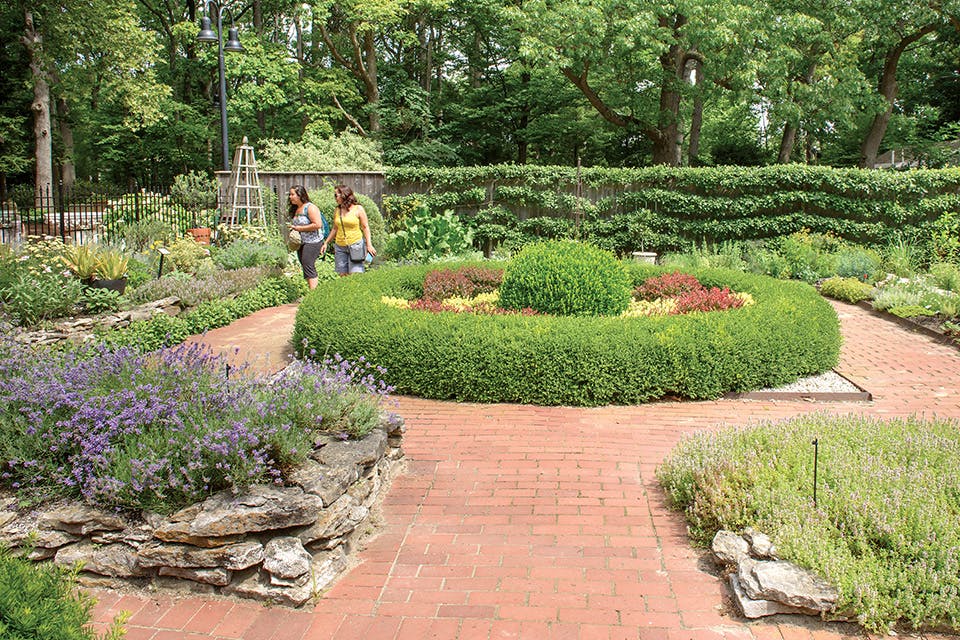 From exploring the Great Lakes to spotting birds at Woodlawn Cemetery & Arboretum, Toledo offers a variety of ways to connect with nature.

Each year more than 500,000 people visit the Toledo Botanical Garden to admire the 60 acres of display gardens and plant collections. In the fall of 2019, a new attraction was added to foster a love of nature in children: The Secret Forest features a multilevel treehouse and rope bridge that lends a spirit of adventure to the experience youngsters have as they explore the garden below.

“Even in the short time it’s been open, we’ve seen more [families],” says Joe Fausnaugh, chief of operations for Metroparks Toledo, the organization managing the garden. “And what’s more important, we found that when they played, they stayed.”

Resident cottages on the grounds provide working studio space for artists who offer classes and demonstrations. As it has since 1965, the annual Crosby Festival of the Arts, northwest Ohio’s premier arts fest, will take place at the botanical garden June 26 through 28. The event will feature work by more than 200 artists from across the country.

“[The Metroparks] have been involved with the garden for more than a decade,” Fausnaugh says. “One of the promises we’ve made is that we’d honor the horticultural heritage of the site, and I feel like we’re doing that in a way that makes it feel like a metropark.” 5403 Elmer Dr., Toledo 43615, 419/270-7500, metroparkstoledo.com 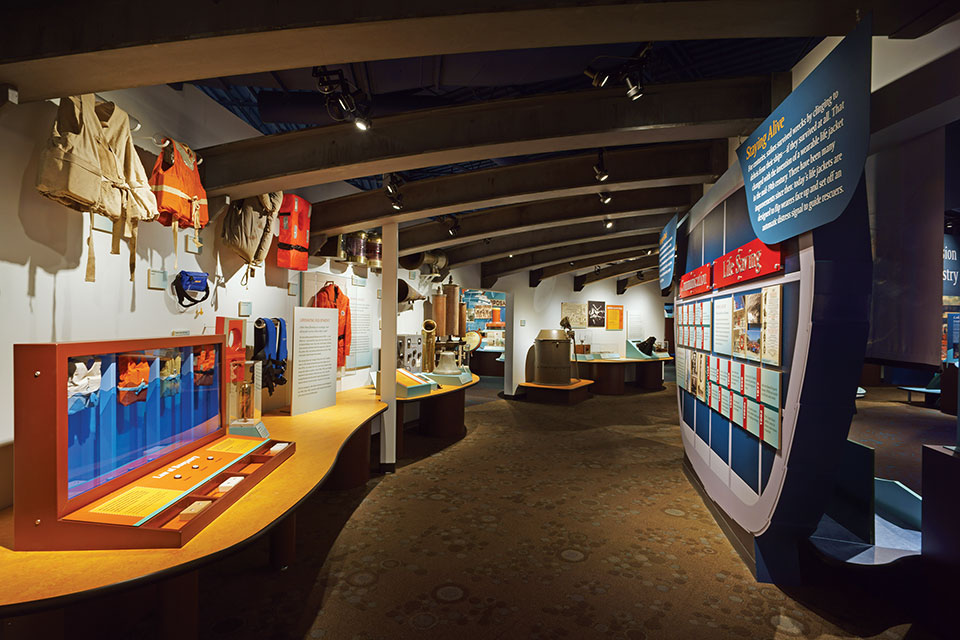 Lake Erie and the other Great Lakes are premier travel destinations, but they’re also filled with secrets waiting to be explored at the National Museum of the Great Lakes. Owned and operated by the Great Lakes Historical Society, the attraction opened along the Maumee River in 2014.

“The stories we tell here are powerful ones,” says Chris Gillcrist, the museum’s executive director. “We’re not just a shipwreck museum, we’re not just a lighthouse museum. We do it all.”

More than 250 artifacts — ranging from a wooden tiller from an 1820s commercial sailing vessel to a life raft from the Edmund Fitzgerald, which sank in a Lake Superior storm in 1975 and left no survivors — are popular focal points. New artifacts include an 18th-century swivel gun from a sailing skiff, possibly dating to the French and Indian War.

“People don’t realize that with over 8,000 [documented] shipwrecks, the Great Lakes are probably the largest repository of them per surface square mile anywhere in the world,” says Gillcrist.

Visitors are invited to step aboard the SS. Col. James M. Schoonmaker moored next to the museum. The freighter, which operated from 1911 to 1914, traversed the Great Lakes, hauling iron pellets to ports in Toledo.

Ship Shape: Since 1984, Toledo residents and visitors alike have whiled away an afternoon or evening cruising up and down the Maumee River on The Sandpiper, a 65-foot, 100-passenger ship. One of the most popular excursions is the Discover the River tour. Conducted on Saturdays, the cruise features naturalists who discuss the plants and animals found in and along the Maumee River and the western basin of Lake Erie. The Sandpiper and a 27-foot water taxi, The Spirit of America, are also available for private parties. 1 Jefferson Ave., Toledo 43604, 419/537-1212, sandpiperboat.com 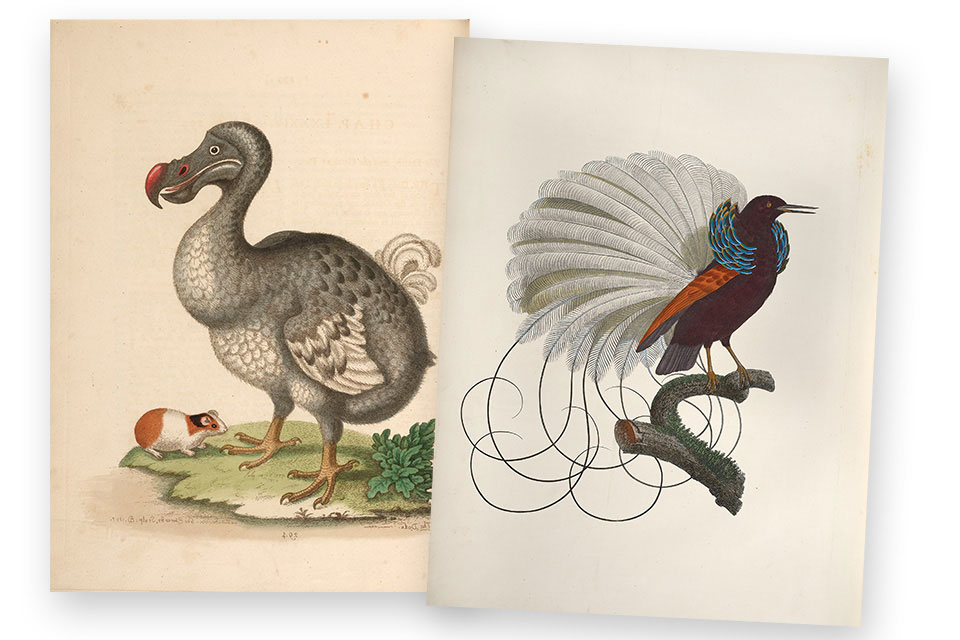 Known for its impressive collection of 19th and early 20th century European and American art, the Toledo Museum of Art’s newest acquisition, Ornithologie, a book written by French naturalist Mathurin-Jacques Brisson and illustrated by François-Nicolas Martinet in 1760, provided the inspiration for the museum’s upcoming exhibition.

Opening April 24, 2021, “Rare and Wondrous: Birds in Art and Culture 1620-1820” features 40 items, ranging from paintings to a 19th-century music box adorned with a miniature bird. Illustrations from the book, which reflect the European age of discovery and enlightenment while demonstrating the burgeoning interest in natural history, are also on display.

“Ornithologie wasn’t issued with hand-colored plates, but all the engravings are hand colored, and [on] some of them, the color is very interesting, [since] it’s not the natural coloring of the actual bird,” says Paula Reich, the Toledo Museum of Art’s manager of interpretive projects and curator of the exhibition. “When people bought the book, they would commission an artist to hand color the plate or do it themselves.”

The objects are from the Toledo Museum of Art’s collection and on loan from the Yale Center for British Art, the Center for Archival Collections at Bowling Green State University and the University of Michigan Libraries. Although most works are European, a painting from American John Singleton Copley and a watercolor from India are also on view.

“I wanted to acknowledge the role of the people who lived in these lands where Europeans were traveling,” Reich says, “indigenous people as well as enslaved people who Europeans relied on for their knowledge.” 2445 Monroe St., Toledo 43620, 419/255-8000, toledomuseum.org

Winged Wonders: With its winding pathways and gently sloping hills, the 160-acre Woodlawn Cemetery & Arboretum is the ideal place to quietly commune with nature. Founded in 1876, it’s one of nine sites in the Oak Openings Loop of the Lake Erie Birding Trail that buffers the western end of Lake Erie. Spring migration includes at least 35 species of wood warblers as well as ducks, blackbirds, robins and sparrows. Activities at Woodlawn include Friday birding walks focusing on boreal irruptive species, including crossbills, pine siskin, red-breasted nuthatches and common redpolls. 1502 W. Central Ave., Toledo 43606, 419/472-2186, historic-woodlawn.com

*Note: The opening date of the Toledo Museum of Art exhibition has been updated to reflect its rescheduling due to the COVID-19 virus.