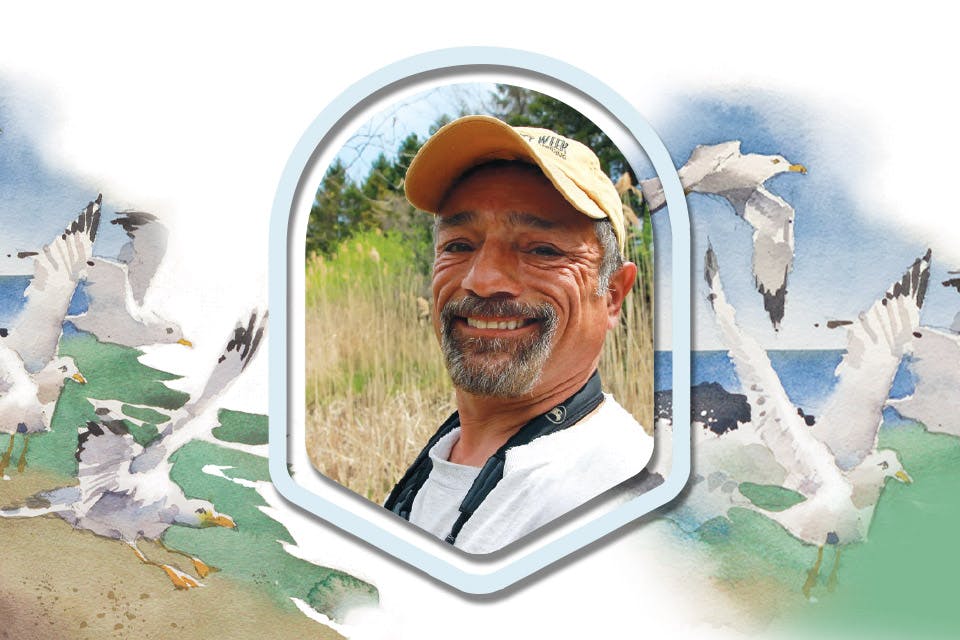 Chuck Slusarczyk Jr. has been watching birds in Cleveland his entire life. In early 2021, a photograph he captured there resulted in a surprising discovery.

Chuck Slusarczyk Jr. spends much of his time on the road as a charter bus driver, so whenever he gets some free time, he grabs his binoculars and camera and heads to quiet parks and lots near his Cleveland home to find and watch wild birds.

“People don’t think there are birds in the city, but there really are,” says Slusarczyk, a lifelong birder who grew up in Cleveland. “You can get just about anything downtown. I’ve had some fantastic sightings.”

There was the American bittern, a small heron that is camouflaged so well that people often walk right by it, in the city’s impound lot, next to a park. There was the worm-eating warbler, an often-overlooked neo-tropical migrating bird, in the tiny cemetery a half-mile from his house. There was the Virginia rail, a rusty-colored shorebird, in a local marsh.

“It’s urban birding,” he explains. “You find little patches here and there in the city that are growing weed lots or go to the parks. I live within five to 10 minutes of spots I can just spend the whole day at.”

Slusarczyk combines his love of birds and nature with his love of photography by taking pictures with his Canon camera and posting them on his Facebook page for others to enjoy. His talents at spotting birds and capturing them on camera have made him well-known among Ohio birders. In January 2021, Slusarczyk’s keen eye and photography skills earned him a record find during his visits to Wendy Park at the mouth of the Cuyahoga River.

Rare gulls migrating north can be seen there, as well as gulls common to the Great Lakes, like ring-billed and herring gulls. As Slusarczyk was watching the birds, he noticed one of the ring-billed gulls was banded. Biologists commonly use bands to track a bird’s migration, lifespan and other useful information. He took several pictures and was able to get a partial number from the band. After sending it to the U.S. Geological Survey’s Bird Banding Laboratory, he learned the bird he photographed was the oldest ring-billed gull on record: 28 years and 9 months old. It had been banded in Toronto, Ontario, in 1992.

“I was blown away,” he says. “People were really interested in it. I heard from people around the world.”

Gulls and other birds, including those that are viewed as drab and common, have always captured Slusarczyk’s imagination. As a kid, he’d sit with his grandmother on her front porch and watch the house sparrows, a very common bird in most neighborhoods. At age 14, he went on his first bird hike and later won a bird-identification contest. His love of birding and nature only grew from there. Today, he enjoys sharing that love with others, especially when it comes to gulls and other birds that are sometimes underappreciated.
“They’re graceful. They’re beautiful,” he says of the gulls. “They’re a challenge to identify. That’s part of the thrill is being able to do it.”