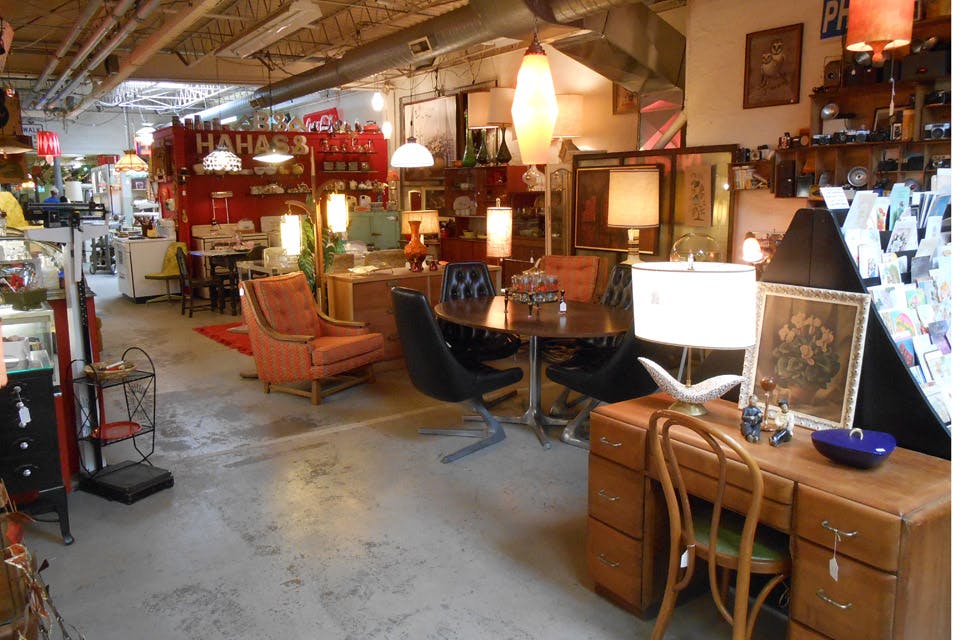 VINTAGE FAVORITES
From an old-school steakhouse to a historic downtown theater, the past lives on in style at these spots.

Shop: The Bomb Shelter
With finds ranging from old army canteens to vintage marquee theater letters to well-preserved antique furniture, The Bomb Shelter is as much a time capsule as it is a store. Occupying a 20,000-square-foot warehouse near downtown Akron, the casual-but-neatly-organized space draws both those who remember the items it carries as well as those inspired by pop culture. “It speaks to a time they think was better or simpler,” says owner Kevin Royer, “and the style of items they see on shows like ‘Mad Men.’ ” 923 Bank St., Akron 44305, 330/258-0088, thebombshelterstore.com

Eat: The Diamond Grille
White tablecloths, dim lighting and classic decor create a timeless atmosphere at this iconic restaurant, established in 1941. “I’ve had people say that when you walk into our restaurant it’s like walking back in time to the 1950s,” says lunchtime manager Becky Ramskogler. A classic-yet-refined menu features numerous steak and seafood options, including filet mignon, Key West grouper and sea scallops. The restaurant remains largely unchanged since it opened, and in keeping with tradition does not accept credit cards: cash and checks only. 77 W. Market St., Akron 44308, 330/253-0041, diamondgrille.com

See: Akron Civic Theatre
The ceiling of the Akron Civic Theatre twinkles with lights set in deep, dark blues and blacks meant to mimic the night sky. This downtown theater, which was built in 1929, recalls a time when going to the movies was an event in and of itself. The ornately decorated downtown venue still welcomes crowds today, hosting a range of musical acts and performances. Or, as executive director Howard Parr puts it, the Civic plays host to “everything under the sun. If you can think of it, we are doing it.” For those who want a closer look at the historic venue, the theater is offering a public tour on July 19. 182 S. Main St., Akron 44308, 330/253-2488, akroncivic.com 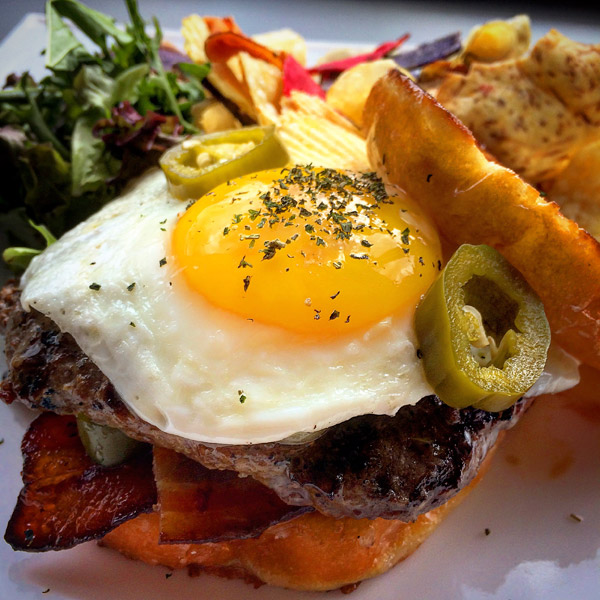 Located near the Akron Art Museum, Crave’s imaginative and colorful decor matches the creativity and spontaneity of what you’ll find on the extensive menu. (photo courtesy of Crave)

Shop: Akron Glass Works
Jack Baker opened this hot-glass studio and gift shop in 2006 after being inspired by the work of Seattle artist Dale Chihuly. The retail side of the business showcases beautiful bowls, vases, ornaments and paperweights made by artists on-site. For those who want to try their hand at the craft, Akron Glass Works offers classes that include basic and advanced glassblowing. The popularity of these workshops is one of the reasons Akron Glass Works is moving to a larger location in August. “The new facility will allow us the opportunity to do more things with more people,” says Baker. 106 N. Main St., Akron 44308, 330/253-5888, akronglassworks.com

Eat: Crave
Located near the Akron Art Museum, this restaurant’s imaginative and colorful decor matches the creativity and spontaneity of what you’ll find on the extensive menu: root beer-braised pulled pork, ribs swathed in sour blueberry maple syrup and waffles covered in hot sauce, vanilla-infused syrup and bourbon butter. “We wanted to do something that Akron really hadn’t seen before,” says manager Jason Shoffstall. “Then we kind of fell into the niche of that’s what we are.” The cocktails are just as creative with 11 playful martini options including the Angel Food Cake, mixed with Stoli vanilla vodka, pineapple puree and a splash of 7UP. 57 E. Market St., Akron 44308, 330/253-1234, eatdrinkcrave.com

See: Akron Art Museum
With its irregular angles and asymmetric design, the Akron Art Museum is as engaging as the artwork that adorns the walls of its galleries. Located alongside its original 1899 red brick building, the museum’s 2007 expansion made a lot more room for its collection focused on contemporary painting, sculpture and photography. This summer brings the opening of the Bud and Susie Rogers Garden, as well as five special exhibitions, including Akron native and musician Mark Mothersbaugh’s “Myopia.” “A lot of people think Mark and they just think Devo,” says associate curator Theresa Bembnister. “This is a really great opportunity to reintroduce Mark to the city of Akron as a visual artist.” 1 S. High St., Akron 44308, 330/376-9185, akronartmuseum.org 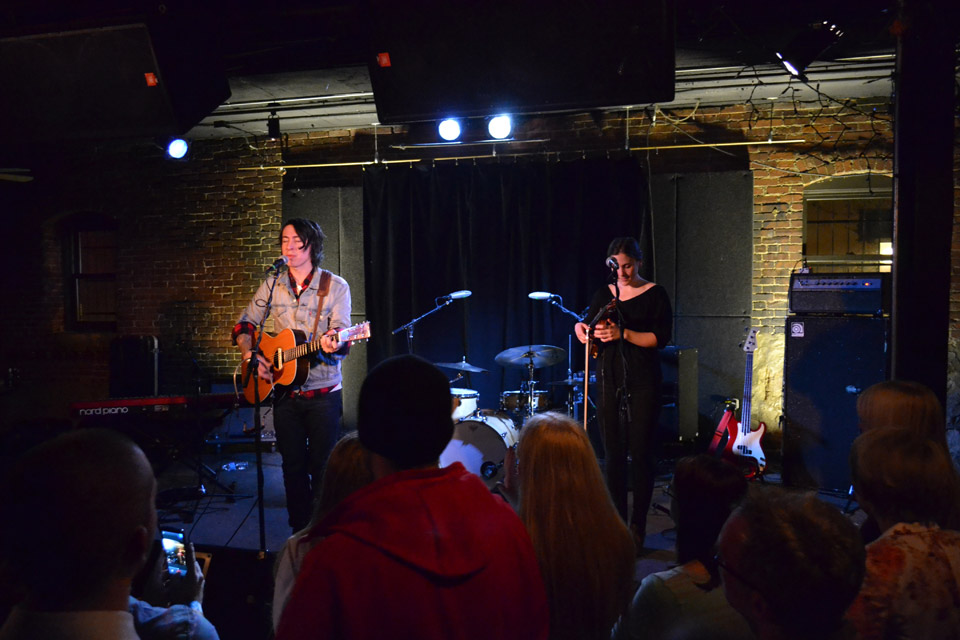 Shop: Square Records
Located in the trendy Highland Square neighborhood, David Ignizio’s small record shop is packed with new and used albums that help keep alive the experience of listening to music on vinyl. “It’s the whole element of hanging out and focusing on the album itself, listening to the record and looking at the album cover and getting lost in it,” Ignizio says. The shop sells tickets to shows at Akron’s Musica concert club, showcases work by local artists and has space in the back where bands can play a brief set. 824 W. Market St., Akron 44303, 330/375-9244, squarerecordsakron.com

Eat: The Lockview
The former Lime Spider concert club is now home to Akron’s spot for classic grilled cheese sandwiches. Owner Danny Basone says the inspiration for the place can be traced back to the 1980s when one of his musician friends would bring a griddle to parties and whip up grilled cheese sandwiches. “I was fond of the grilled cheese idea because you don’t have to get crazy … anybody can come up with different sandwiches,” Basone says. An extensive draft and bottled beer list is written on a blackboard above the bar, and summer visitors should check out the rooftop patio. 207 S. Main St., Akron 44308, 330/252-5128, thelockview.com

See: Musica
Housed in downtown’s Historic Arts District, this concert club has hosted acts spanning a range of music genres since opening 10 years ago. With its 400-person capacity, the venue offers a close-up experience and caters to national acts, such as Dinosaur Jr. and Justin Townes Earle, as well as local musicians working to establish themselves or launch new projects. “We have a variety of local acts, a lot of CD release parties,” says owner Tony Troppe, “and folks that are launching their new concepts and new bands.” 51 E. Market St. (club is located on Maiden Lane, which is accessible from Market Street), Akron 44308, 330/374-1114, liveatmusica.com