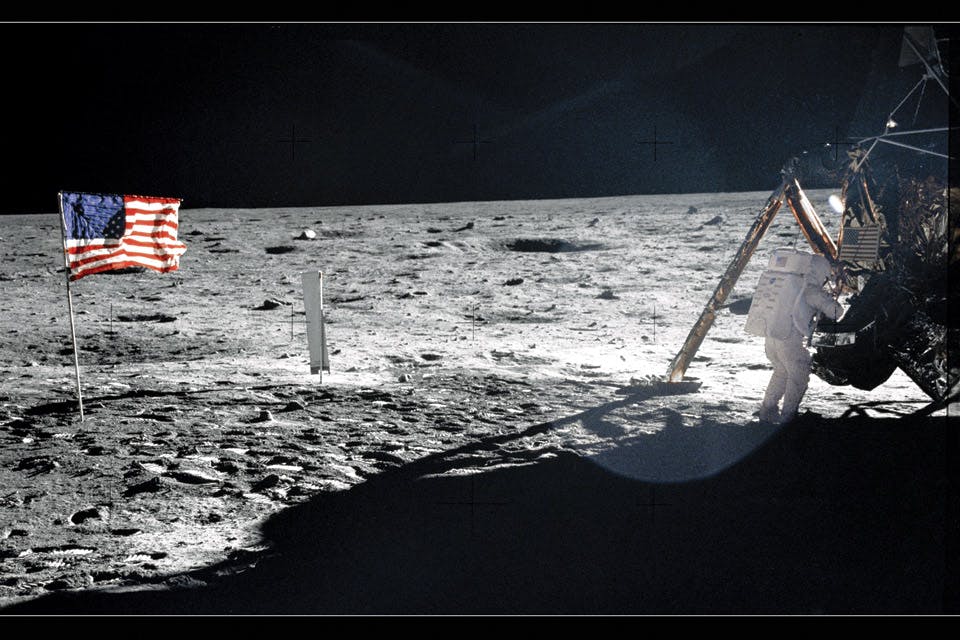 Fifty years after Ohioan Neil Armstrong took his first steps on the moon, we look to the past and share how you can celebrate America’s space milestone this summer.

By the time Neil Armstrong proclaimed the Apollo 11 mission to be “… one small step for [a] man, one giant leap for mankind,” lunar lore was deeply ingrained in our pop culture. We tuned into alien-centric episodes of “The Twilight Zone,” followed the exploits of Capt. James Kirk and his crew of the USS Enterprise on “Star Trek” and rooted for the Robinson family as they fought for survival while “Lost in Space.”

Our teachers fueled our fascination by herding us into the gym to watch the real-life launches of Apollo 11’s predecessors. We cheered for Ohioan John Glenn when, in February 1962, he became the first American to orbit the Earth. Five years later, we sat at our desks and observed a moment of silence for astronauts Gus Grissom, Ed White and Roger Chaffee, who died after a fire broke out during a simulation exercise at Kennedy Space Center.

By spring 1969, excitement for the upcoming moon landing had reached fever pitch, and advertisers wanted in on the zeal. One of the more memorable sales ploys involved Tang. Although General Foods Corp. had developed the powder that turned into an orange drink when mixed with water in 1957, sales didn’t skyrocket until commercials began promoting the fact that NASA had been sending it along on manned missions. Read More


Q&A: Douglas Brinkley on ‘American Moonshot’
The author and historian talks with us about President John F. Kennedy’s determination to put an American on the moon. Read More

Apollo 11: 3 Things We Learned
John Oldham, exhibits specialist at Cleveland’s NASA Glenn Research Center, shares what our trips to the moon taught us (and where we’ll go from here). Read More 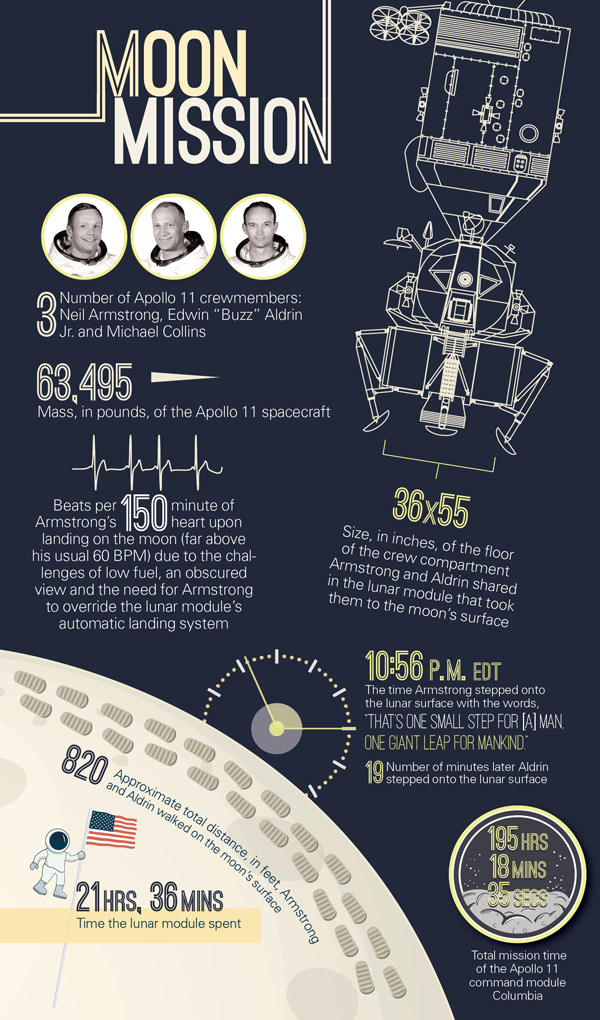 Wapakoneta’s Moon Menu Trail
Neil Armstrong’s hometown is serving up a galaxy of space-themed food and drinks between now and Aug. 1. Here’s a preview of three of them. Read More