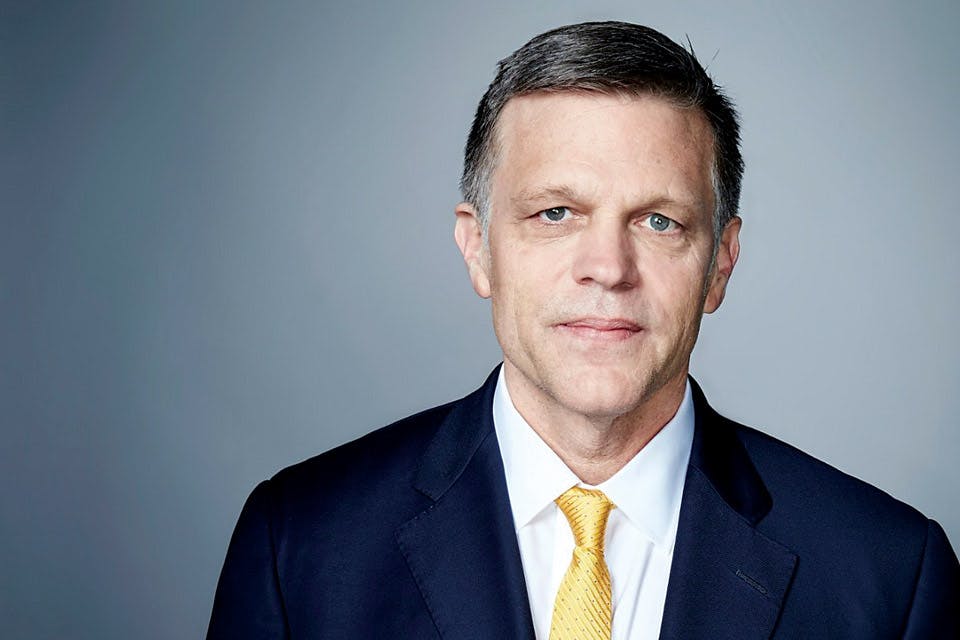 The author and historian talks with us about President John F. Kennedy’s determination to put an American on the moon.

Why did you decide to focus on America’s quest to land on the moon as the subject of your latest book, American Moonshot: John F. Kennedy and the Great Space Race?
I grew up in Perrysburg, Ohio, and I was a young boy when Neil Armstrong went to the moon. I was so proud that he was from Wapakoneta, and he and John Glenn became my sustainable heroes. I interviewed Neil Armstrong for NASA’s official oral history project, and it was an amazing experience, so I kept reading books as a hobby about space exploration. I’m a professor of history at Rice University in Houston, so NASA is right in my backyard. JFK’s famous speech, when he said we choose to go to the moon not because it’s easy but because it’s hard, was delivered here. In my mind, it’s the No. 1 presidential address of all time related to science and exploration.

Your book focuses on President Kennedy’s desire to conquer space. Why did you decide to write about that slice of lunar history?
The big story is: Why did John Kennedy make it our big mission to go to the moon? We spent $25 billion on it, which is equivalent to about $180 billion today. Kennedy chose the moon as the national priority because it was a way to win the Cold War and beat Russia without actually going to war. I chose to write about it because I’m fascinated by all the spinoff technology we developed as a result: handheld computers, CT scans, anti-icing devices for airplanes … and new firefighting suits. … So much grew out of the Apollo program, and Kennedy’s the one who put us on the path. 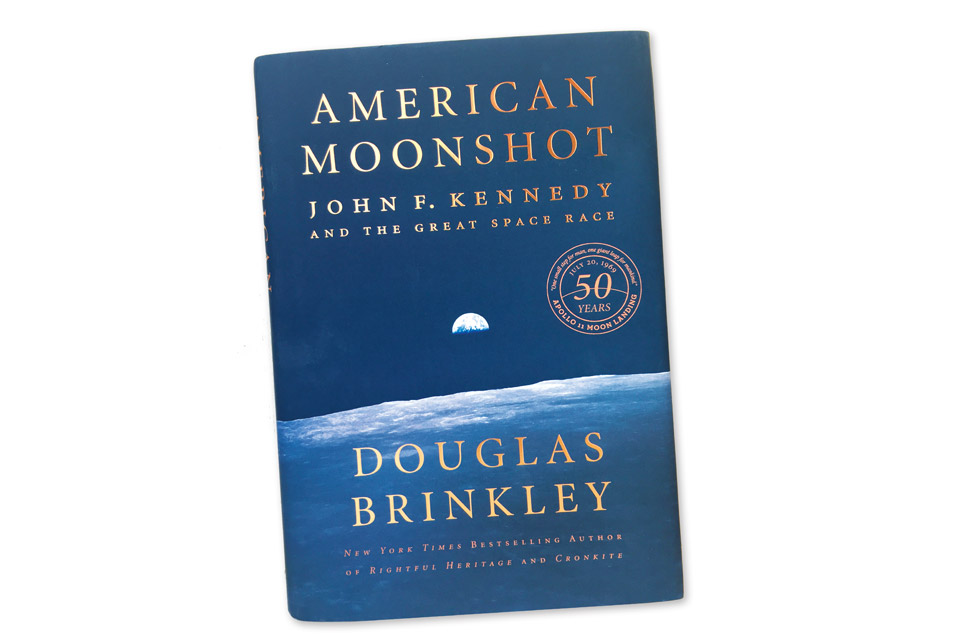 The term “moonshot” — which broadcaster Vin Scully coined in 1959 to describe Los Angeles Dodgers slugger Wally Moon’s prowess — became synonymous with Kennedy’s vision. Why did he engage in such a risky undertaking and dangerous political gamble?
The World War II generation was willing to take high risks and do things on a hurry-up basis — which led to speeding up [the development of] technology in an effort to win World War II. During the war, our government learned to work closely with universities and aerospace, engineering and construction firms. So we went to the moon really on the energy of the Greatest Generation. We are much more risk-averse now.

Were the majority of Americans on board with his decision?
The majority of Americans were game to go to the moon. It was framed as a football contest — as beating the Soviets — and Kennedy was a master salesperson for space exploration. It also became clear that satellites were going to be the new tools for spy reconnaissance, meteorological forecasting and telecommunications, so going to the moon was the cherry on top.

When you interviewed Neil Armstrong in 2001, what was the most surprising thing he said during your conversation with him?
When it came to talking about Apollo 11, he repeatedly stressed he was just one of 400,000 people who got us to the moon. He didn’t want to bask in the celebrity limelight. Armstrong really recognized that without the engineers and technicians we never could have done it, as well as how lucky he was to have been chosen to be the first to walk on the moon. He also talked about how high-risk the launch was. He felt it had a 50/50 chance of not being a successful mission. Richard Nixon had a letter ready to read to the American public about the deaths of Neil Armstrong, Buzz Aldrin and Michael Collins. It’s easy now to call it a victory, but at the time it was not clear that the astronauts would come back alive.