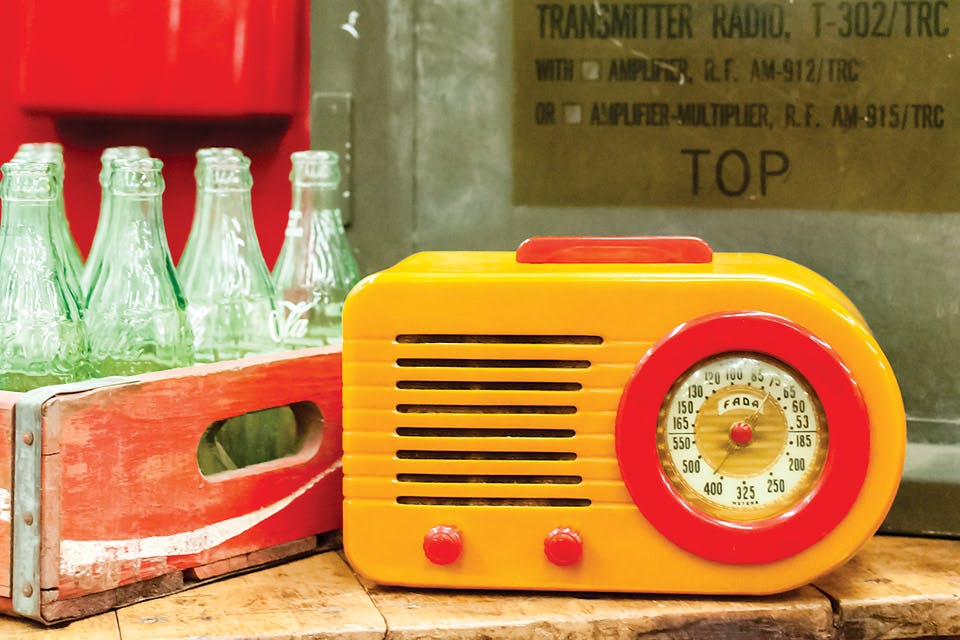 Whether you’re looking for century-old antiques or toys from your childhood, these spots are great places to get lost for an afternoon.

If there’s one certainty beyond Ben Franklin’s maxim about death and taxes, it’s that nothing completely goes out of style. The designs and music of the 1970s are appreciated again for more than their kitsch value. The Victorian furniture once derided as archaic now fetches big prices. And folks of a certain age can relate tales of woe about the toys, comic books and baseball cards that ended up being thrown out. If you’re looking to recapture a token of lost youth, find a piece of furniture that ties a room together or just want something different, there are plenty of places waiting for you to explore.

1. Maumee Antique Mall: Tom Johnson became acquainted with the Maumee Antique Mall when he was a customer in search of sports cards. Today, he walks the floor helping shoppers find their own treasures. Although sports memorabilia is still a hot item, LPs, 1980s toys and comic books have made noteworthy comebacks. And, Johnson says, collectors and dealers aren’t the only patrons. “We get movie-prop people in two or three times a year,” he says. “A barber chair from ‘The Walking Dead’ was bought here, and so was Tom Hanks’ desk in ‘The Post.’ ” 1552 S. Reynolds Rd., Maumee 43537, 419/893-2468, maumeeantiquemall.com

2. Jeffrey’s Antique Mall: Featuring more than 300 dealers selling wares in a space that’s the length of two football fields and located just off Interstate 75, it’s easy to see why Jeffrey’s Antique Mall draws people from near and far. Owned by the same family that owns Springfield Antique Center, the mall will celebrate its 30th anniversary in 2020. “We have one couple who comes in once a year from California,” says manager Jan Simsa. Glassware and crystal are popular — not surprising since Findlay was one of the largest glassmakers in America in the late 19th century — but so is Pyrex. “It’s a huge seller,” Simsa says. “It’s something you don’t really think about, but it’s astonishing.” 11326 County Rd. 99, Findlay 45840, 419/423-7500, springfieldantique.com/jeffreys-antiques

3. Heart of Ohio Antique Center: With more than 700 dealers across 122,000 square feet, there is no shortage of retro treasures at Heart of Ohio Antique Center in Springfield. “People say if we don’t have it, it doesn’t exist,” says Karen Barber, who started working for the antiques superstore eight years ago and now serves as chief operating officer. Filled with decorative items for home and garden, office and man cave, the store offers customer appreciation days (one in spring and one in December for holiday shopping) featuring food vendors, live music and discounts. There’s also a fall tailgate sale that's held outside. “We try to have the best customer service,” Barber says. 4785 E. National Rd., Springfield 45505, 937/324-2188, heartofohioantiques.com

4. Springfield Antique Center: Courtney Barbee has been affiliated with Springfield Antique Center her entire life, first as a child growing up around the family business, and now as the center’s manager. “I still go through here every day and see something new,” she says. The store is home to more than 400 vendors selling a variety of vintage (older than 25 years) and antique (older than 100 years) items, from furniture to pedal cars. The location also makes it a popular destination during the nine antiques shows held at the Clark County Fairgrounds. 1735 Titus Rd., Springfield 45502, 937/322-8868, springfieldantique.com

5. Waynesville Antique Mall: The city of Waynesville bills itself as the Antiques Capital of the Midwest and backs that up with traditional street fairs in the summer and two citywide antiques fairs in the spring and fall. At the heart of it all stands Waynesville Antique Mall, a 4,000-square-foot emporium, which — much like the antiques for sale there — has been repurposed. “First it was a grocery store, then a bowling alley, then an antique store,” says Lauren Slaughter, who has owned the business with her family since 2012. Popular finds include rugs, pottery and toys. “I had a lady the other day find the Fisher-Price Farmhouse, and she couldn’t believe she found it,” Slaughter says. 69 S. Main St., Waynesville 45068, 513/897-6937, waynesvilleantiquemall.com