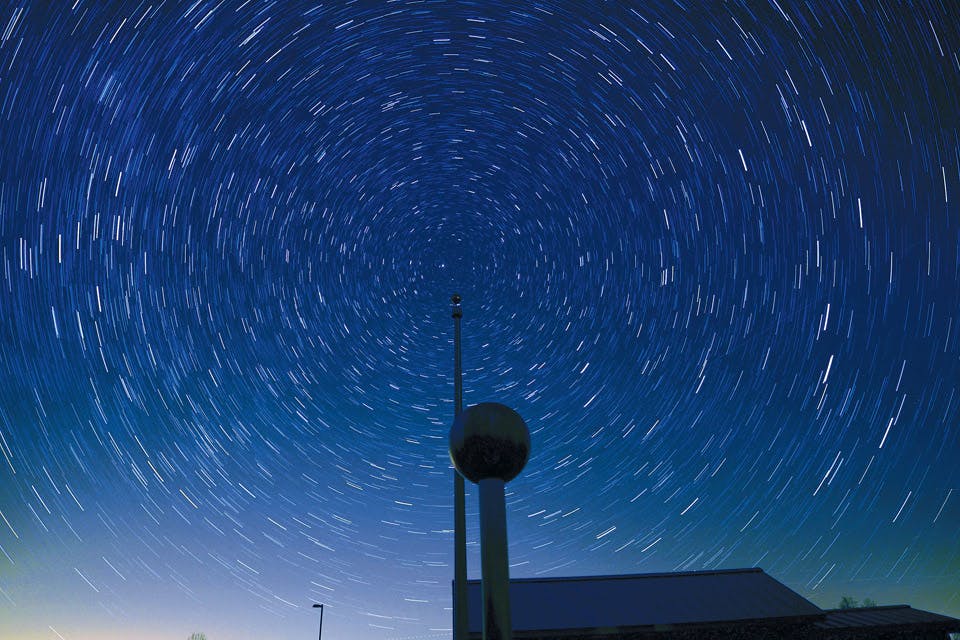 Head to one of these observatories and astronomy parks to take a deeper look into the heavens above.

John Glenn Astronomy Park: Named after the Ohioan who was the first American to orbit the earth in 1962, this Hocking Hills State Park attraction offers the chance to see the night sky far from the distraction of city lights. An 80-foot-wide circular observing plaza symbolizes the scale of the sun, a bench represents the relative size of Jupiter and a sculpture depicts how small Earth is in relation to these objects. 20531 St. Rte. 664, Logan 43138, 877/403-4477, jgap.info

Cincinnati Observatory Center: This historic 19th-century observatory, which was dedicated by President John Quincy Adams, is the oldest public observatory in the nation. It’s still home to its original Merz and Mahler 11-inch telescope, as well as a 1904 Alvan Clark & Sons 16-inch telescope. Public events are held weekly, and special programs throughout the year focus on a variety of topics. 3489 Observatory Place, Cincinnati 45208, 513/321-5186, cincinnatiobservatory.org

Brooks Observatory: On Friday nights, the University of Toledo’s Helen and Elgin Brooks Observatory treats stargazers to jaw-dropping sights as seen through the 14-inch Celestron Edge HD telescope installed in 2015. On select evenings, visitors have the chance to use the adjoining Ritter Observatory’s 40-inch reflecting telescope — the largest optical telescope east of the Mississippi River. 2855 W. Bancroft St., Toledo 43606, 419/530-2650, utoledo.edu/nsm/rpbo

Perkins Observatory: Founded in 1923, Ohio Wesleyan University’s observatory is primarily an active research and educational facility. But astronomers of all skill levels are welcome to look through the 32-inch Cassegrain reflecting telescope when sky conditions are suitable and attend public programs that vary with the seasons of the observable sky. Call 740/363-1257 or visit perkins.owu.edu for specific directions to the observatory.