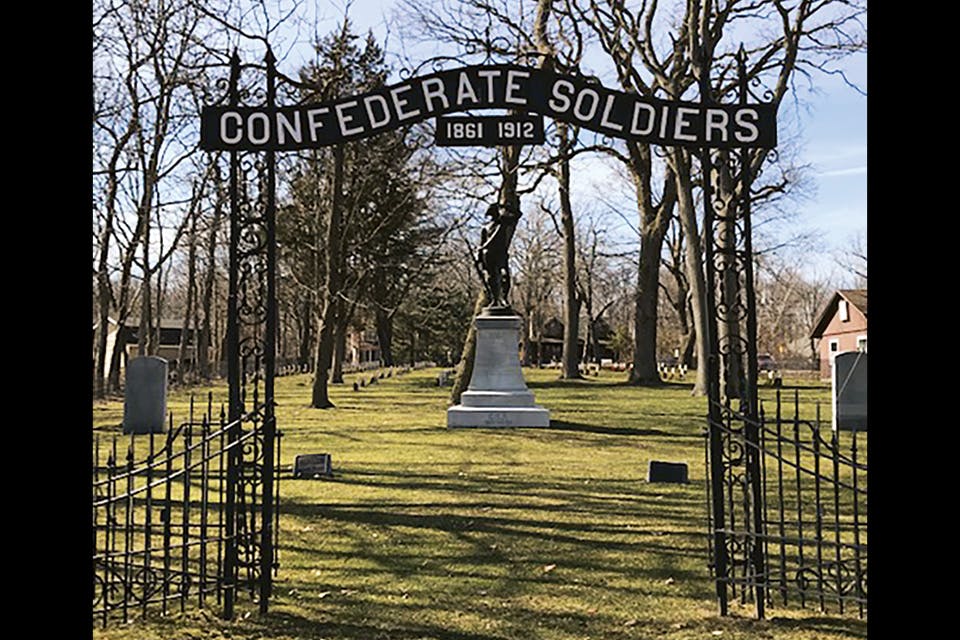 This island off the Marblehead Peninsula held more than 10,000 Confederate officers and soldiers during its time as a prisoner-of-war depot. Some remain there to this day.

Every spring, a military cemetery along the Lake Erie shore hosts a service in honor of Memorial Day: Confederate Memorial Day. Of course, Ohio was firmly on the side of the Union during the Civil War, but Johnson’s Island — located on 300 acres just off the Marblehead Peninsula in Sandusky Bay — once served as a prisoner-of-war camp for Confederate soldiers and officers.

Leonard B. Johnson purchased the island in 1852 from the family of Epaproditus Bull, who had settled there in May 1809. Johnson renamed the island after himself, and in 1861, he leased 40 cleared acres to the U.S. Army in order to establish a prisoner of war depot.

“They’d looked at some of the other Lake Erie islands,” says Tom Vickers, a member of the Johnson’s Island Preservation Society. “But the grape growers and farmers there were worried about [their island’s] use as a prison camp.”

Of the more than 10,000 prisoners held on Johnson’s Island during the prison camp’s 40 months of operation, around 300 died — mostly of disease — and many were buried there. Some soldiers’ remains were later exhumed and reinterred in the South, but the cemetery remains to this day, open to the public and complete with statues and headstones commemorating the Confederate war dead in their final resting place — even if local lore would have you believe not all of them are completely at rest.

“Everybody talks about seeing ghosts over there,” Vickers says. “But I have yet to see them.” For information about how to get to Johnson’s Island, visit johnsonsisland.org.