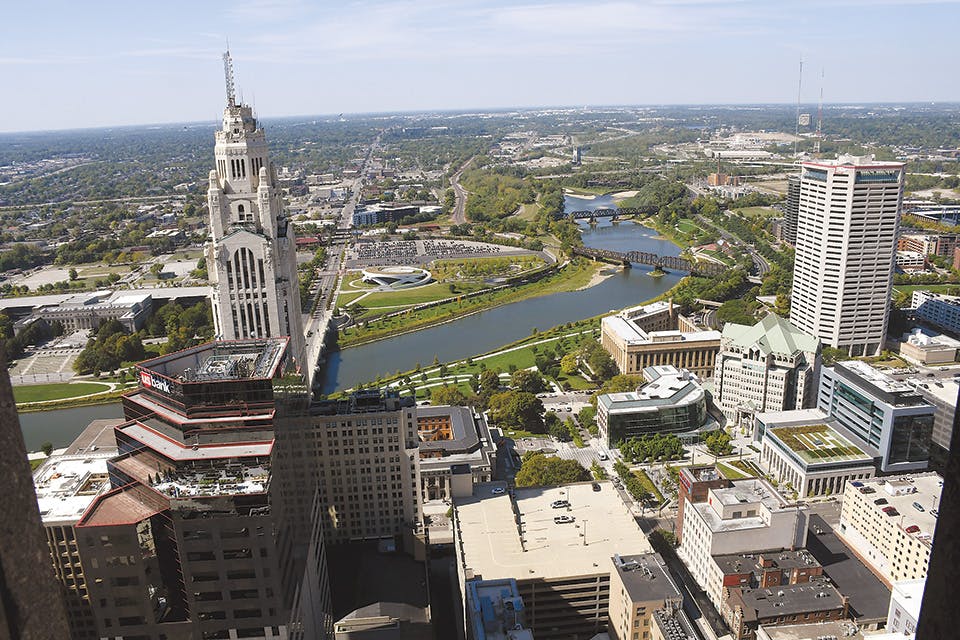 The 40th floor of this downtown Columbus office tower offers great views across our capital city.

The tallest building in Columbus is 629 feet high and houses approximately 2,600 state of Ohio employees over its 41 floors. It also has an observation deck that offers some impressive views of our capital city. The 40th floor of the James A. Rhodes State Office Tower offers members of the public a bird’s-eye view of John Glenn Columbus International Airport, the city’s German Village neighborhood and the Ohio State Fair & Expo Center to name just a few landmarks. Floor-to-ceiling windows line the north, east and south portions of the floor and getting to the observation deck is easy: All that’s required is a state-issued ID and a short screening process. “You’ve got to be able to see for at least 10 miles,” says Bill Teets, director of communications at the Ohio Department of Administrative Services. “On a clear day, you can pick out plenty of places.” Open Mon.–Fri. 8 a.m.–5 p.m.; 30 E. Broad St., Columbus 43215, 614/466-7077