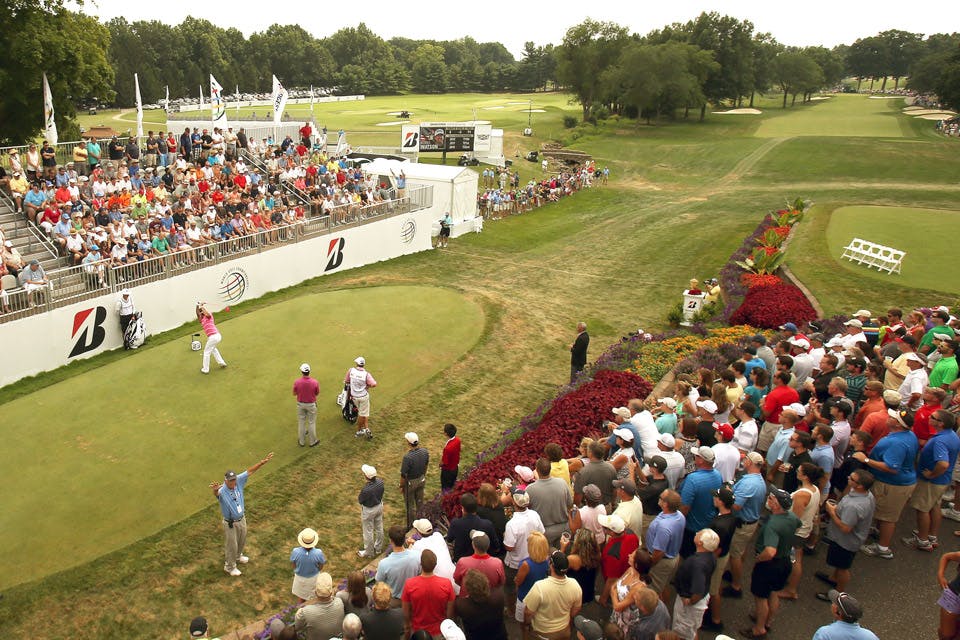 Don Padgett III grew up at Akron’s Firestone Country Club. With a father in the golf business and a passion for the game, his early visits to the course where the Bridgestone Invitational returns this month involved scoping out the best spots to watch the action.

“Anybody can have a front-row seat,” says Padgett. “Growing up, I really liked the spectator mound right behind the 12th green. You can see the 8th tee and the 7th green, all from one place. I always thought that was the cool spot.”

As executive director of the World Golf Championships-Bridgestone Invitational, Padgett has overseen the annual Firestone Country Club event for a decade. The five-day competition, which is typically held in August, is set for June 29 through July 3 this year to accommodate golfers who will be attending the Olympics in Rio de Janeiro, Brazil.

“Golf is in the Olympics for the first time in over 100 years,” explains Padgett. “All of the golf governing bodies got together, and they agreed to adjust the schedules if the Olympics would allow golf back in the Games.”

The Bridgestone Invitational opens on Wednesday with a practice-round day for the pros, during which many golfers are available for pictures and autographs. Once competition begins on Thursday, the players’ access becomes more limited and cameras must be left at home (the one on your phone is still acceptable as long as you follow the rules).

When hunger strikes, spectators can head to the gathering of food trucks behind the 12th green to grab burgers from chef Michael Symon’s B Spot and Akron’s legendary Swensons Drive-In. Northeast Ohio’s Barrio and Lobster Louies are among this year’s new additions.

Yet perhaps the most alluring aspect of the event is its accessibility. Families are welcome, and those age 18 and under can attend for free when accompanied by a ticketed adult. There are also plenty of places to take in the action, with public bleachers on the 1st and 10th tees and the 9th, 15th, 16th and 18th greens.

“The holes are relatively close together, and they sit in a rectangle,” says Padgett. “You can cover multiple holes in a very short amount of time with not a lot of walking.”