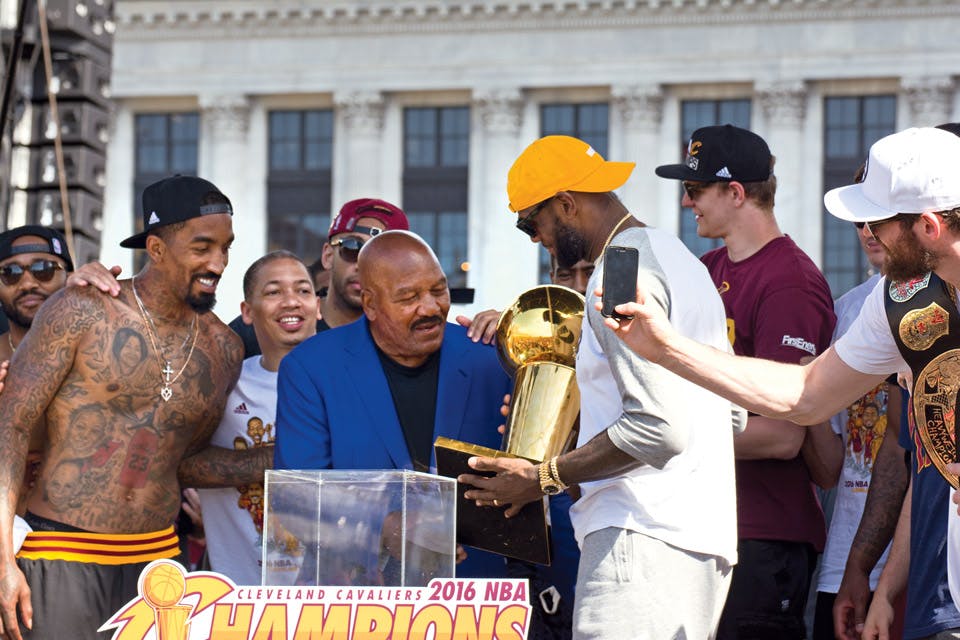 LeBron James returned to Ohio in 2014 to bring a championship home. On June 22, he delivered the trophy.

Of everything that happened in the minutes, hours and days after the Cleveland Cavaliers snapped their city’s 52-year championship drought, maybe the most telling were these simple words that crackled across the police scanner as crowds spilled out into the streets following the team’s Game 7 win: “They’re not unruly. They’re just happy.”

Aside from fans climbing on a parked fire truck, the revelry was overwhelmingly peaceful. It was pure bliss unleashed — the impossible coming to pass.

The Ohio State Buckeyes had their incredible championship run in 2014 during college football’s first playoff year (and were national champions before that in 2002). The Cincinnati Reds have claimed three World Series titles since 1975, with the last coming in 1990. But Cleveland had waited so long and endured so much. That is why on the morning of June 22 — the day of the parade so many northeast Ohioans had longed for — there was an air of near disbelief; that feeling you get as you realize you’re waking up from a really great dream.

As the championship parade readied to begin, former Browns running back Earnest Byner, the man who had a great season in 1987 before fumbling a football and dashing the Browns’ Super Bowl hopes, stood along the parade route, just outside Quicken Loans Arena.

He was there with Cleveland native and writer Scott Raab and Andy Billman, the director of the ESPN “30 for 30” documentary film “Believeland” — an excruciating 77-minute retelling of Cleveland’s decades of sports woe. Both Raab and Byner are featured in the film, which premiered May 14. They were at the parade with the “Believeland” crew to film a new ending for the documentary, which aired eight days later. That’s not exactly rewriting history, but it’s close.

Cuyahoga County put the count of people filling the streets at 1 million. Spectators lined parking garage decks and rooftops — every view, every vantage point spoken for.

At the rally following the parade, Jim Brown, the man whose legs helped carry the city to its last championship in 1964, was there in the front row. And when the time came, he ascended the stage to present the Larry O’Brien trophy to LeBron James. The torch was passed, the promise delivered.