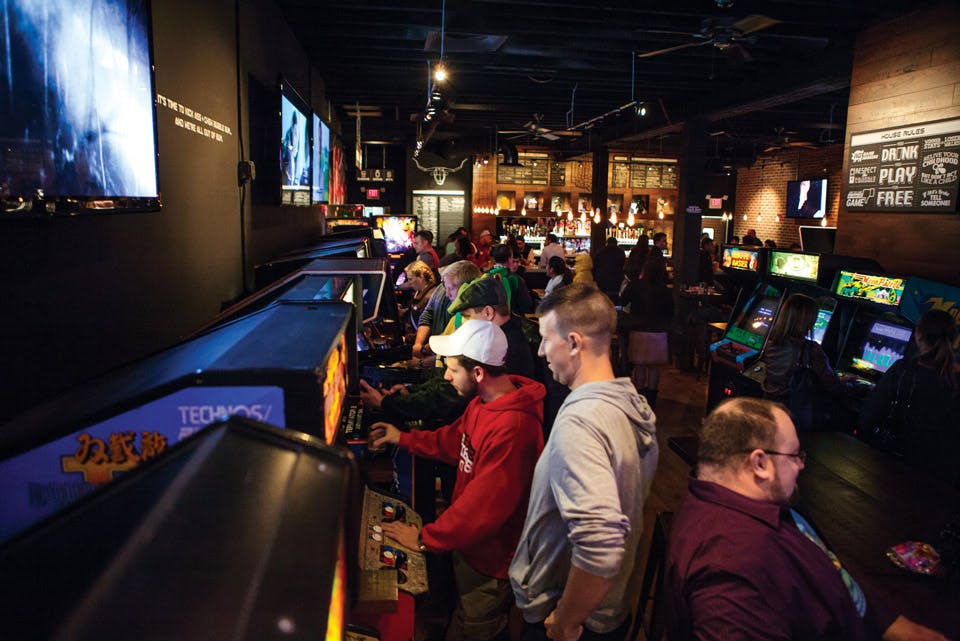 We celebrate our 2014–2015 honorees by sharing some of the discoveries we made during our visits.

Barcade: Serving classy drinks with a side of pixelated fun, 16-Bit Bar + Arcade is at once both sleek and old-fashioned. Grab a craft beer or cocktail and revisit arcade favorites for free on more than 40 machines ranging from “Donkey Kong” to “Mortal Kombat.” “We wanted it to be a complete nostalgia place, but upscale,” says owner Troy Allen. From the wall decor to the pop culture artifacts behind the bar, everything in the place is a nod to the era it celebrates. “We’re one of the few bars where you walk in and you won’t see any other brands but ours,” says Allen. “It’s all 16-Bit.” 15012 Detroit Ave., 216/563-1115, 16-bitbar.com

Rock and Bowl: The clatter of strikes and spares has been the backbeat at Mahall’s 20 Lanes for 90 years, but the place has never been without a melody. “Where the upper 10 lanes are now was a grand ballroom [in the 1920s],” says co-owner Kelly Flamos. “Music has been a part of Mahall’s since the beginning. We’re just making it a more permanent fixture.” Flamos, her husband, her sister and a friend bought the bowling alley in 2011 and transformed its adjoining pool hall into a performance space that plays host to local bands and touring acts alike. No special shoes required. 13200 Madison Ave., 216/521-3280, mahalls20lanes.com

Pop Art: You may have already seen George Vlosich’s detailed Etch A Sketch portraits of sports icons such as LeBron James and Cal Ripken. Oprah Winfrey featured the artist on her show in 2010, three years after Vlosich launched GV Art + Design with his father and brother. The business’ Lakewood storefront, which opened in 2013, showcases the artist’s vision. It features cool t-shirt designs that celebrate Cleveland and a print gallery of his Etch A Sketch works. “There are other people who do t-shirts,” Vlosich explains, “but not other people who do t-shirts and design, advertising and artwork.” 17411 Detroit Ave., 216/273-7188, gvartwork.com 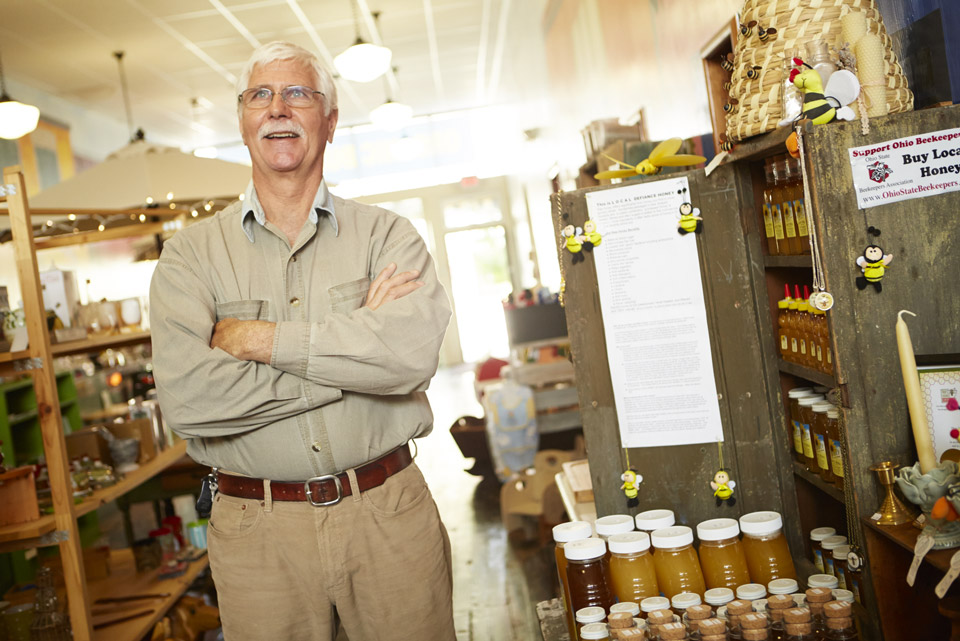 Sweet Stop: Residents who want to take advantage of the health benefits of pure and locally harvested honey head to The Village Square, where owner and beekeeper David Jebb follows the same extraction process people have used for generations. He puts honeycomb in a 21-frame stainless-steel spinner and lets physics do the rest. “Left in its natural state — unheated and unfiltered — it has just about every good vitamin and enzyme the body needs,” Jebb says. “But the flavors and the aromas are still very much a part of the honey.” 318 Clinton St., 419/956-0525, atthevillagesquare.com

Retro Toy Revival: You might still have one buried in an attic chest, but Nest, a home decor and gift shop, is giving the vintage sock monkey toy new life. “People say, ‘I had one of these when I was a kid, where can I get more?’ ” says Nest co-owner Sandi Morris, explaining that the sock monkeys sold in her store are handmade by a woman who lives in town. “Nowadays everything is so technical,” she adds. “We want to bring some of that nostalgia back.” 701 W. First St., 419/785-4166, nestdefiance.com

Church Conversion: From the outside, the Stroede Center for the Arts still looks very much like the former First Baptist Church it occupies, complete with the 1894 building’s original stained glass windows. These days, the property is the city’s space for arts and culture, hosting a classical chamber series, children’s theater, piano recitals and other special events. “It has perfect acoustics, and it’s sort of in a half-round, so you can see from every seat,” says Ginny Sterling, president of Historic Homes of Defiance. “It doesn’t really look like a church anymore. You don’t feel irreverent because you’re listening to jazz.” 319 Wayne Ave., 419/784-3401, defiancearts.org 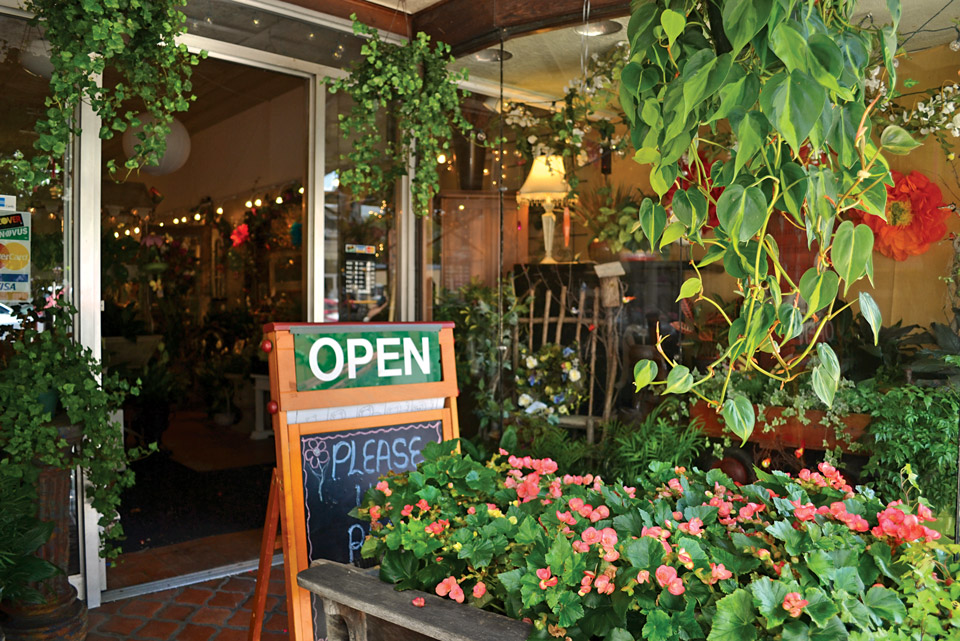 Flower Shop: Roses from Ecuador, orchids from Hawaii, zinnias from Columbus — since 1947, Talbott’s Flowers has offered gardens of worldly delights to its customers. Located in the heart of town, warm-weather visitors won’t be able to miss the wealth of flowers lining the sidewalk in front of the store. “When people call us, their heart is usually full of joy or pain,” says Renea Talbott, who owns the shop with her husband, David. “We want our floral arrangements to brighten their day and touch their heart no matter what they’re going through in life.” 22 N. State St., 614/882-4151, talbottsflowers.com

Kid-Friendly Cafe: Marina Rozen loves being a mom to Hannah, 3, and Ethan, 6. But she also knows the importance of getting together with friends. That’s why the Westerville resident and her husband, Seth, opened ZenKidz Play Cafe last year. Designed for the 7-months-to-7-years-old crowd, the indoor space offers art and music classes, educational toys and plenty of just-plain-fun time. Kids have a blast while their parents meet over coffee or a meal at the snack bar up front. “People can socialize and bond knowing their children are in a safe and stimulating environment,” Rozen says. 43 E. Home St., 614/890-7529, zenkidzplaycafe.com

Study Break: The doors open at 1:30 a.m., and by dawn more than 100 students from nearby Otterbein University have stopped by Schneider’s Bakery for their daily doughnut fix. The undisputed favorite: Davy Crockett, a creamy concoction of cinnamon and maple that’s been a hit since the bakery opened in 1954. Pies, cakes, muffins, Danish and cookies are also on the menu. “The products we sell are made by hand, the same way they were 60 years ago,” says counter saleswoman Elaine Clarke. “Our customers love the fact that we are so old-school.” 6 S. State St., 614/882-6611, schneiders-bakery.com

Mini Park: The Nelle V. Hosbrook Bird Sanctuary offers a charming 2-acre space to explore. John Hosbrook bought the property that included this parcel in the late 1780s, and his descendant, Nelle V. Hosbrook, deeded it to the city in 1975. “[It] is a quiet little area right next to our central business district,” says Madeira city manager Tom Moeller. “We’ve added some bird feeders, small trails and benches as well.” Pileated woodpeckers and Baltimore orioles have been spotted at the site, which is also home to American robins and song sparrows. 7225 Miami Ave., madeiracity.com

Independent Bookstore: With a cash register from the 1850s and handwritten receipts, The Bookshelf reminds us all that there is still plenty of room for analog experiences in our overwhelmingly digital world. Store owners Chris Weber, Betsy Schram, Jacque Gentile and Jenny Margo are steadfast in their approach of lovingly choosing each title by hand. “The store was opened in September 1975 by three women,” says Schram. “As each partner chose to retire they sold their share to a new partner, resulting in 17 partners over the 40-year span.” 7754 Camargo Rd., 513/271-9140, cincybookshelf.com

Needlepoint Pros: It’s downright unusual to find three needlepoint shops in a community of fewer than 9,000 residents, but this city’s stitching trend took off in the early 1980s when Absolutely Needlepoint employee Julia Stegmaier opened Madeira’s first shop dedicated to the craft. “Really, there used to be very few shops,” says Stegmaier, who has since sold her business. “It’s just grown so much.” Today, in addition to its namesake craft, Absolutely Needlepoint stocks canvases and fibers and even offers classes. For those looking for some expert advice, Stegmaier has years of experience from which to draw. “I started out in embroidery at age 13, learning from my grandmother.” 7117 Miami Ave., 513/561-7999

Historic Schoolhouse: If Old Glory waves from the top of the flagpole, it means the Great Western Schoolhouse is open to visitors. Built in 1870, the brick, one-room schoolhouse welcomes kids, community groups and tourists. The school closed in 1952 but has since been restored to its original appearance. A reunion for students who once attended the school is held annually. “I’ve never run into a former student who said they didn’t get a good education in a one-room school,” says Ann Rattine, who organizes the reunion. “These students were well prepared when they moved on to the big city schools.” Ohio University Eastern Campus, 45425 National Rd., 740-695-4359, belmontcountytourism.org

Outdoor Lunch Spot: The Belmont County Courthouse is an architectural gem, a fact that’s reflected in its arched windows, pilasters and rusticated sandstone blocks. But the small plaza surrounding the three-story, 1886 structure has become an attraction of its own for locals seeking a midday respite. Around noon, you’ll find brown-bagging workers and mothers with young children perched at the benches and small tables, enjoying the beautiful backdrop that the historic building provides. “The courthouse sits on the highest point in St. Clairsville,” adds Belmont County Commissioner Mark Thomas. “You can see the top of the dome from Interstate 70.” 101 W. Main St.

Spa Escape: Coconut rub and milk baths aren’t just for the ancient Egyptians. They also aren’t exclusively found in spas located in and around large metropolitan areas. Secret Serenity MedSpa offers a lineup of luxurious options while maintaining a small-town price tag. “We concentrate on relaxation and stress reduction,” says owner Deedra Balgo. “Stress causes so many medical issues.” Stone therapy and Swedish massage are among the spa offerings here. Men reluctant to visit need not worry. The spa counts a local male hockey team among its client base. 187 W. Main St., 740/695-9600, secretserenitymedspa.com