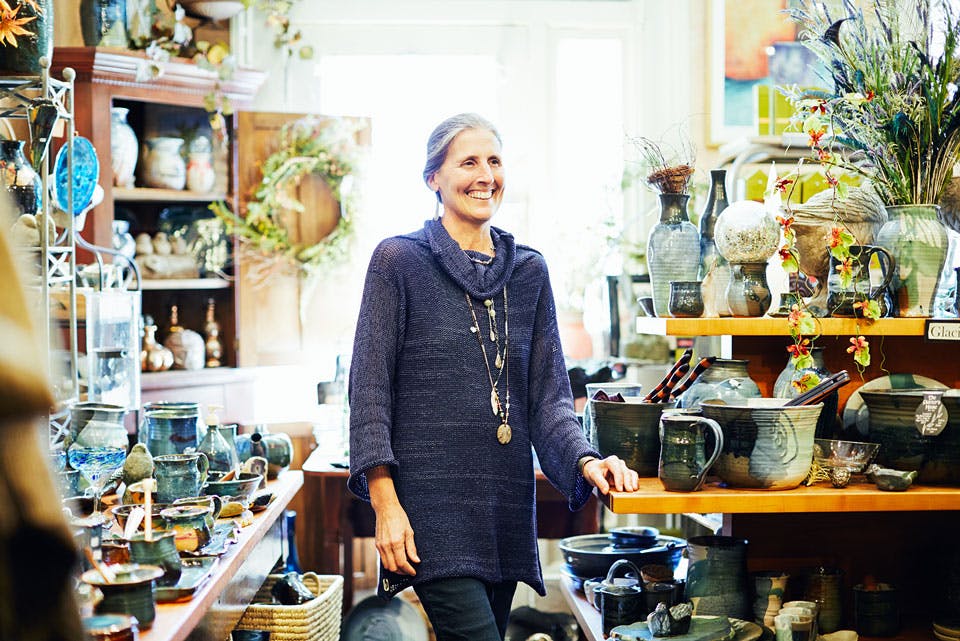 Sally Watson stands among a labyrinth of art at the Hotel Gallery on Tipp City’s Main Street. A variety of handcrafted works, ranging from pottery and watercolors to jewelry and Persian rugs, winds through the three-story building, which is anchored by a beautiful spiral staircase that is original to the 1850 structure.

Because the 8,000-square-foot building is home to a mix of artists’ studios, galleries and a music room, visiting for the first time feels much like Alice entering the rabbit hole. After ascending the well-worn staircase, guests are greeted with a handprinted sign declaring, “You made it!” It’s good for a laugh, but it also sums up how Watson feels about living in Tipp City.

“I just love being able to wake up and work and play,” she says. A lifelong Tipp City resident, Watson has owned the gallery with her husband, Steve, for more than 25 years. The couple raised six kids in Tipp City, and all live within 15 miles of town. 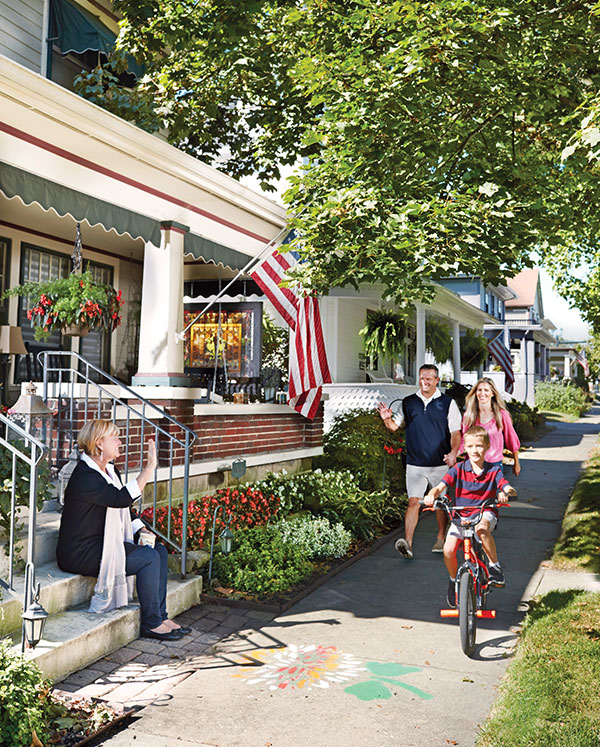 Tipp City is filled with beautiful and well-maintained neighborhoods. (photo by Casey Rearick)

When the Watsons purchased the hotel building, parts of it had been dormant for years. They managed to open it up and preserve its character, bringing original floors and finishes back to the space.

“It’s majorly evolved over the years,” says Watson. “Initially … we would rent those little spaces out to help people birth a [business] idea, and then we would help them transition into a storefront. And that really helped our downtown to mature and develop.”

The bones of downtown exist, in part, thanks to Tipp City’s original 1840 settler, John Clark, who took advantage of the town’s prime location along the Miami and Erie Canal — once a shipping lane connecting Lake Erie to the Ohio River. Clark envisioned a town with sturdy buildings made of bricks instead of logs, which is why many of the town’s original structures still exist. Historic homes flank Tipp City’s scenic Main Street, and the Great Miami River Recreational Trail runs alongside the old canal.

Strict city zoning ordinances preserve downtown’s quaint vibe and make room for controlled growth on the outskirts of Tipp City, including the Meijer Distribution Center and Abbott Nutrition. Although local businesses provide job opportunities, some residents work in nearby Dayton and live in Tipp City to take advantage of family-friendly amenities such as parks and green spaces, athletic fields and a modern aquatic center. Newsweek listed Tippecanoe High School as one of its top 500 high schools in the country in 2014 and 2015. 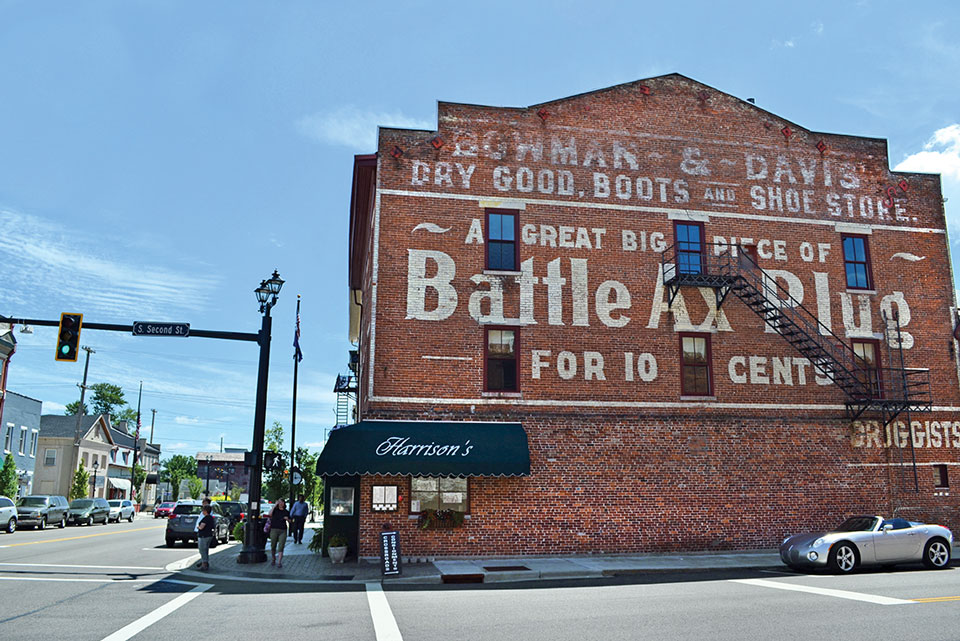 “If we didn’t get all that food donated, we would easily spend $20,000 to $25,000 on the summer lunch program,” Taylor says, noting that the generosity of area restaurants keeps the city from having to rely on limited government funds.

“That’s what’s so unique and different about this town,” she adds. “If you need something, you just have to put the word out.”

The community gathers together for events, too, like the famed Mum Festival every September and summer First Fridays. Organized by the Watsons, the monthly event brings dancers, bands and orchestras to the streets.

“It’s a way to get people coming back downtown,” says Watson, “to experience community with neighbors and friends.”