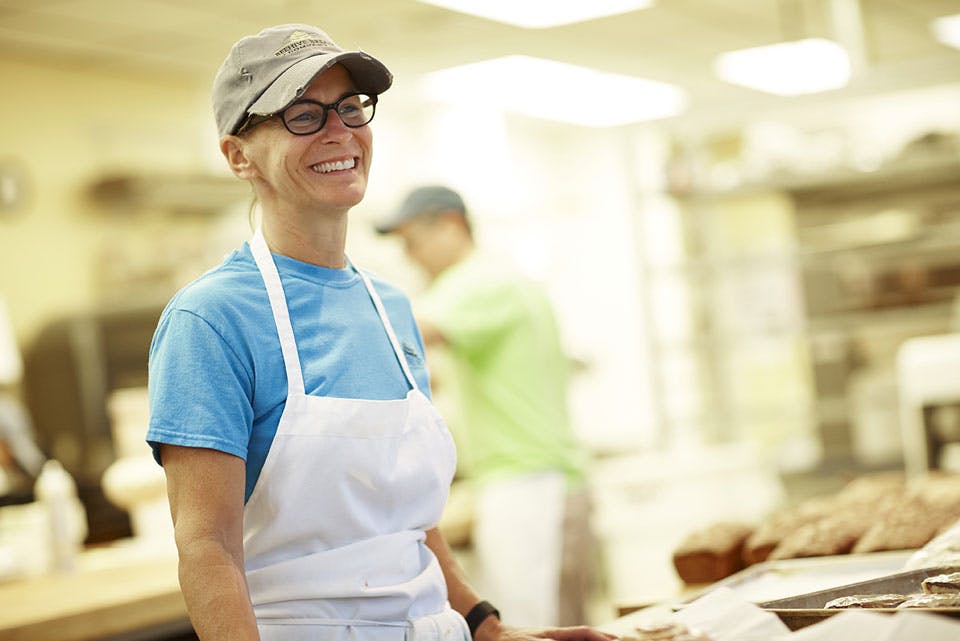 Family-focused living and outstanding schools are hallmarks of this Columbus suburb.

By 6 a.m., Amy Ranalli is already deep into the day’s batch of treats. She likes to be one of the first bakers at Beehive Bread Co., getting a head start on the store’s lineup of plump cinnamon rolls, crunchy cookie bars and four types of sweet breads, including the dense, dark orange-tinted pumpkin chocolate chip.

A teacher by trade, Ranalli lived in Maryland before moving to Ohio with her husband and three children — now 18, 21 and 23 — in 1999. Baking had always been a passion for her, but it was a family friend’s suggestion that got her behind the mixer at Beehive Bread Co. in 2012.

“I decided it was time to do something different, and my friends said, ‘Just do your next joyful thing,’ ” Ranalli recalls.

Two years later, she bought the business from its previous owners. Now the head of the eight-person team, Ranalli’s time in the bakery has allowed her to build a connection with both residents and fellow business owners. It’s this same neighborliness that initially helped Ranalli’s family decide to settle in Powell when her husband’s career led them to the Columbus area.

“We really liked the feel of Powell,” she explains. “It was very comfortable, and the school system was very important in our decision.”

Powell is in the Olentangy Local School District, which has three high schools — each ranked within the top 10 in the state by U.S. News and World Report. With an average of two children per household, the northern suburb located about 18 miles from downtown Columbus is a family-focused community. The city’s parks and recreation department offers more than 200 programs each year, including youth sports, summer camps and adult fitness. Annual festivals and the Lolli-Pops! Children’s Summer Concert series bring families together throughout the year.

The city is home to eight parks, including Village Green Park. Located next to City Hall, it features a pavilion, playground and splash pad with miniature geysers and dumping buckets to keep kids cool during the summer. The eight parks cover a total of 90 acres, and 24 miles of bike trails help connect the city.

“The majority of our bike paths lead into our downtown area,” says city manager Steve Lutz. “The downtown is the hub, and the bike paths are the spokes.”

A group from Middlebury, Connecticut, settled the area in 1813. In 1947, the Village of Powell, with nearly 400 residents, was recognized as a municipality. The population of the small town began to increase in the 1980s, as the appeal of the scenic, semi-rural setting attracted new residential development. Today, Powell is home to more than 12,000 residents, but its downtown retains its small-town atmosphere and offers a mix of restaurants, independent boutiques and other shops that cater to a range of ages.

“We have a lot of girls ride their bikes and bring their babysitting money in. That’s a lot of fun,” says Andrea Thompson, a Powell resident who owns the Cute As A Button boutique with her mother. The colorful two-floor emporium is filled with hair bows, overnight totes and other goodies, as well as hostess gifts and women’s accessories.

Just a few doors down, Nicole’s for Children, Rue de Lily, Serendip Gallery and Blackberry Patch Antiques are among the other businesses that line Olentangy and Liberty streets.

Additional shopping (as well as attractions such as the Columbus Zoo and Aquarium and Zoombezi Bay) are located just three miles away, but these two walkable cross streets serve as a focal point of community interaction.

“That’s what I wanted when I bought the bakery, to be a place where people would stop in and just talk,” says Ranalli. “I feel like I’ve gotten to know a ton of people, and they’ve gotten to know me just as much. And that to me is what I like most about owning the bakery. It’s the people you meet and come across and you make a connection. A bakery is a happy place.”