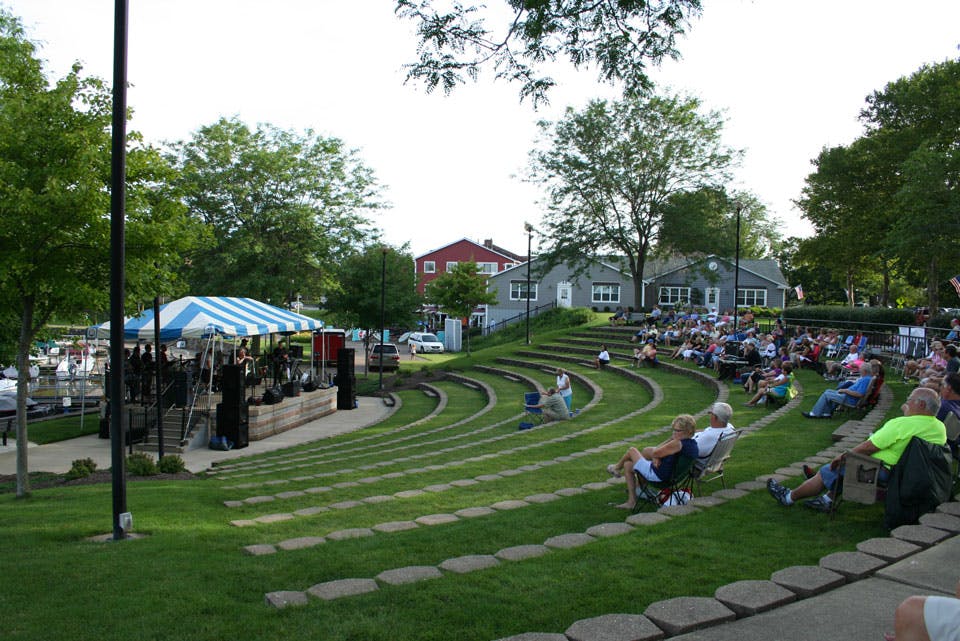 From his home’s backyard deck, marina owner Tom Solberg looks out over his private dock and the winding ribbon of water leading to Huron Lagoons Marina as if he were standing at the bow of his boat.

His parents, Morten and Violet Solberg, bought the acreage for the marina business in 1957, when many people thought of the Huron land only as a swamp. Tom Solberg, one of five siblings, helped build the operation and took it over when his father died in 1969.

“I came back to the marina to help support my family,” says Solberg, who as a child camped with his father on Lake Erie’s beaches and searched for fossils along the shore. “When dad died, the place was in pretty bad shape. I came home in April, and in July the Norwalk dam broke and wiped us out. We shouldn’t have been able to make it, but we did. I kept asking my wife, Betty, for just three years, and then another three years.”

Today, the 350-slip marina — a business that now involves Solberg’s brother, Mike, and the third and fourth generations of the Solberg family — provides dockage, boat sales, service and waterfront dining to those who appreciate the navigable and scenic Huron River, as well as its 10-minute connection to Lake Erie.

“So many people have good memories here,” says Solberg. 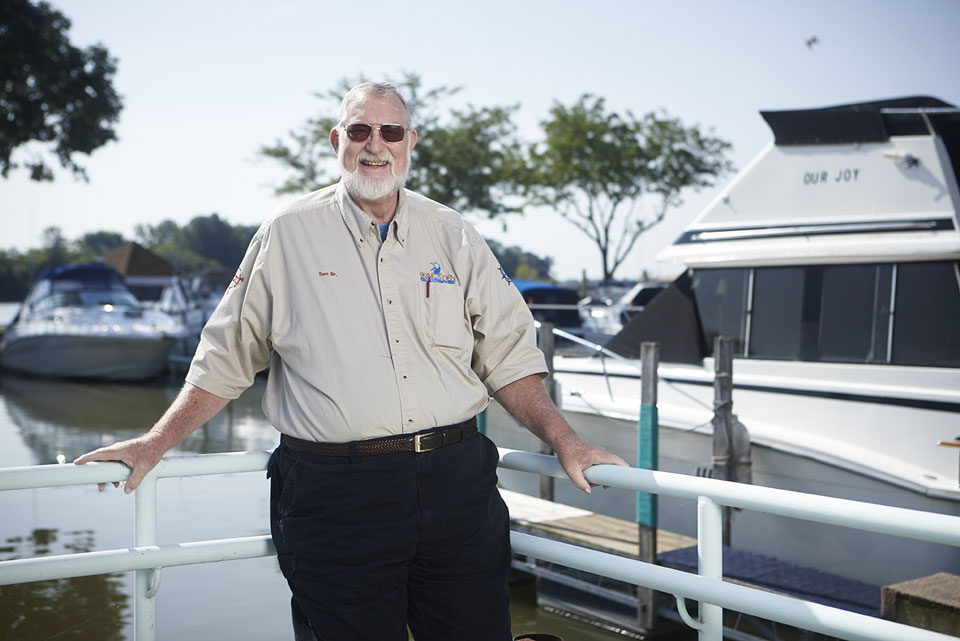 Tom Solberg owns Huron Lagoons Marina, which has been in his family for decades (photo by Kevin Kopanski)

Mayor Brad Hartung equates living in Huron to being on vacation year-round. He moved to California for a while before returning to his hometown, which is known for its access to the water. “It’s the lifestyle here that makes people stay or come back,” he says.

Like most cities, Huron has weathered its share of rough sailing over the years. Once a shipbuilding town, thriving river port and a home to commercial fisheries, the city was affected by changing transportation methods, a restructuring of major roads and urban-renewal efforts that altered the city’s downtown. But all that is changing. The $9 million 2020 Vision citywide master plan is moving forward, drawing new businesses and residents to the city and expanding the community’s tax base, according to city manager Andrew White.

“We want to reconnect the Main Street corridor and repurpose underutilized waterfront areas,” he explains. “We will link parks, neighborhoods and schools, including the Bowling Green State University Firelands regional undergraduate campus. We want a walkable community.” 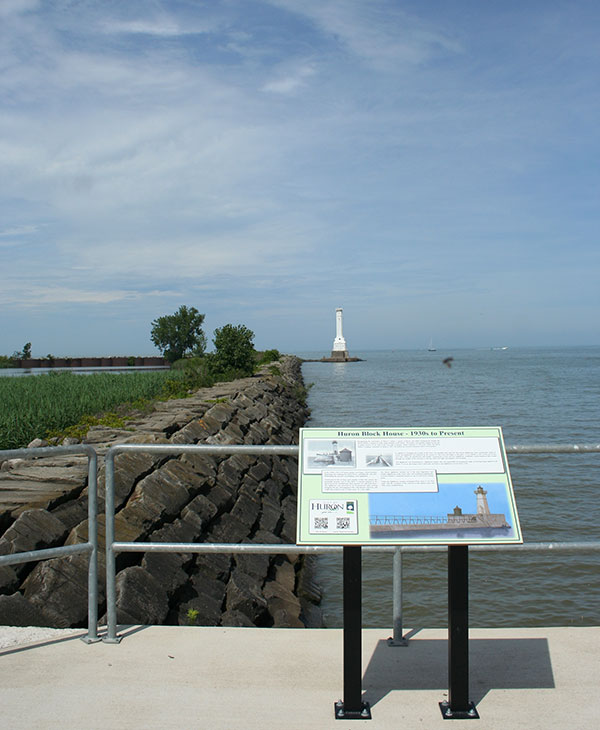 The Huron Lighthouse is a local landmark in this lakeshore community. (photo by Lesley Blake)

A small-but-active retail community, including Jim’s Pizza Box, Marconi’s Italian Restaurant and the upscale furniture consignment shop Mudbrook Mercantile, provides additional dining and shopping. “We are so blessed to be an active part of such a tight community,” says Lea Wechter, co-owner of Gathering Grounds Coffee House.

It’s a sentiment echoed by many in Huron. Last year, Solberg’s Huron Lagoons Marina purchased nearby Holiday Harbor Marina’s 210 boat slips after the former owners retired. “It was time for us to expand,” he says, “and we are proud that could happen in Huron.”