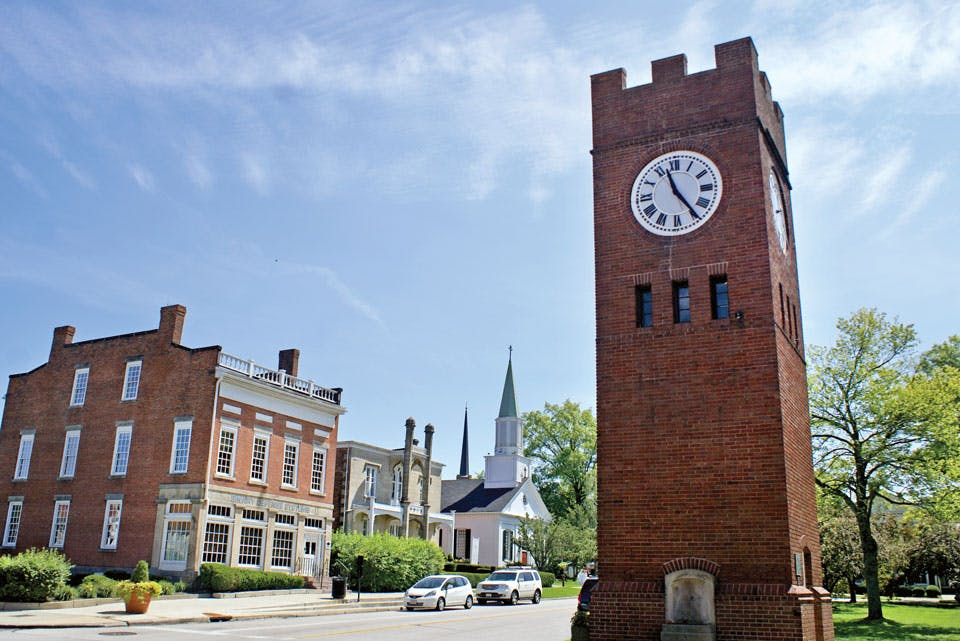 With a long and rich history, this town celebrates its past while embracing new development.

Renell Hardtmayer’s guests know her simply as “Ms. Ren.” She owns the Jeremiah B. King Guest House, a blue-and-tan colonial that stands along Main Street, just north of downtown. Inside the 1873 residence, china plates line the walls, and cups and pitchers are organized in a tidy chaos. A jar of gummy peaches on the credenza tempts sweet-toothed visitors.

This time of year, the morning menu for travelers staying in one of the home’s five guest rooms often includes pumpkin pancakes. But no matter what Hardtmayer serves, everything includes a side of conversation.

“You know who Tracy Chevalier is?” Hardtmayer asks, referring to the author of The Last Runaway, a 2013 novel about slavery and the abolitionist movement that is set in 19th-century northeast Ohio. “She stayed with me for three days.” 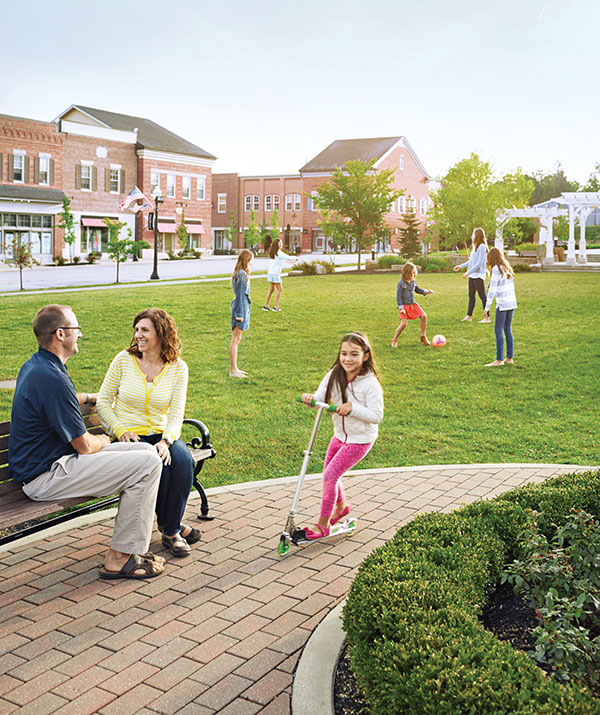 First & Main opened in 2004, bringing new retail and restaurants to the city of Hudson. (photo by Casey Rearick)

In the book, Chevalier’s fictional main character, Honor Bright, spends a brief respite at the Mansion House Hotel, once located along the Hudson Village Green less than a quarter mile from Hardtmayer’s bed-and-breakfast. A plaque installed at one end of the green explains that former Hudson resident and famous abolitionist John Brown vowed during an 1837 prayer meeting at the nearby First Congregational Church that he would dedicate his life to fighting slavery.

Hudson’s landmark clock tower, a gift from industrialist James Ellsworth, stands at the green’s other end. During the 1900s, Ellsworth worked on a committee that helped modernize his hometown by installing underground utilities, paving roads and planting trees. Ellsworth also reopened his alma mater of Western Reserve Academy, which had closed near the turn of the 20th century.

Founded in 1826, Western Reserve Academy is today nationally recognized as an elite school, with graduates going on to attend Cornell, Northwestern, University of California at Berkeley and other top colleges. Hudson City Schools is also known for providing a quality education, with U.S. News & World Report ranking the district as No. 6 in the state and No. 221 in the nation for 2015.

“We have author events almost every weekend. This year, we’re a partner with the farmers market, and we’re doing a story time there,” says Schlademan. “People who grew up coming here now bring their kids.” 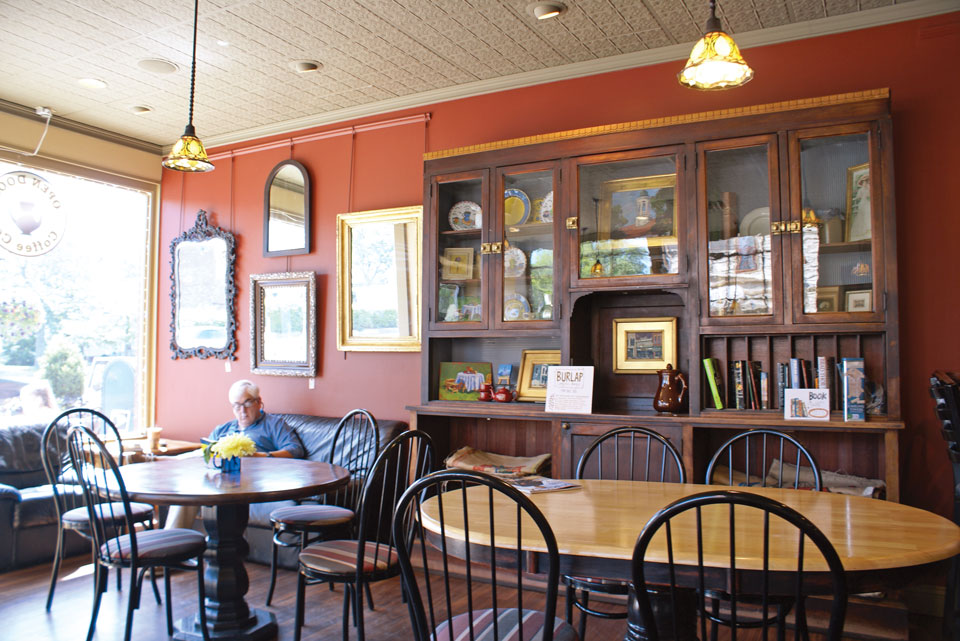 The Open Door Coffee Co. is located in the heart of the city of Hudson’s historic district. (photo by Lesley Blake)

Located next to Hudson’s historic Main Street, the shopping and dining hub known as First & Main has helped forge the city’s future. National chains such as Loft and Jos. A. Bank operate alongside locally owned shops and restaurants. Brick-lined streets and new buildings embody the feel of the town’s historic architecture. The success of First & Main, which opened in 2004, has led to the planning of a second phase.

Hudson officials are also working to install a city-owned fiber-optic Internet service. “It will be a huge attraction and retainer incentive for businesses as well as residents,” says Jane Howington, who became Hudson’s city manager in 2014.

For her part, Hardtmayer’s approach to bringing people to Hudson, specifically her Jeremiah B. King Guest House, means embracing the small-town charm Hudson still embodies, even with all its growth. If that means whipping up a batch of pumpkin pancakes in July, she’s more than happy to oblige.

“If you make people feel welcome,” she says, “they do come back.”