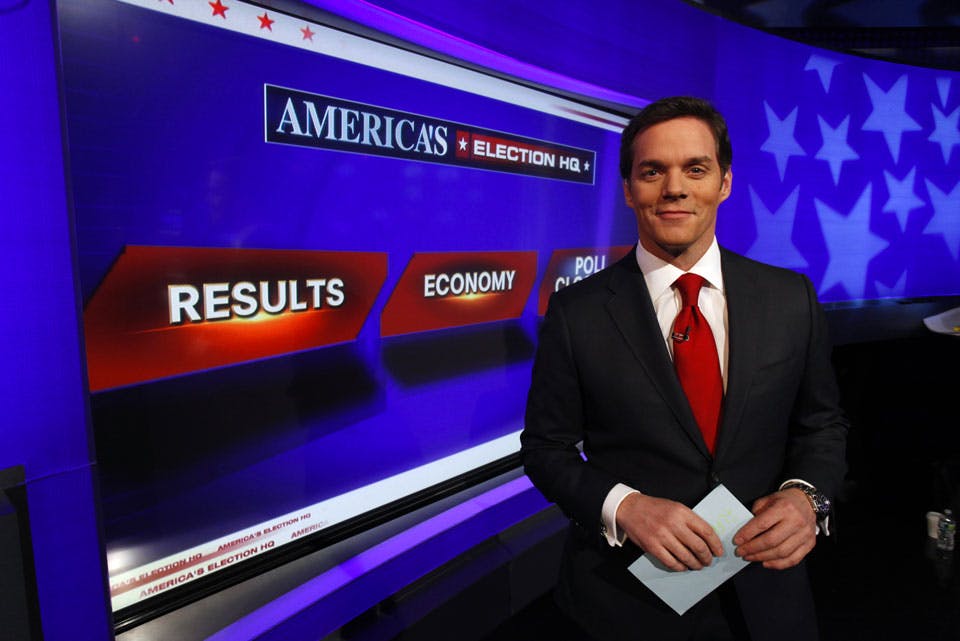 The Cincinnati native Bill Hemmer returns to Ohio to moderate a GOP candidate forum prior to this month’s Republican presidential primary debate in Cleveland.

Even at age 50, Bill Hemmer looks more like someone who just walked off a college campus than a cable news veteran who has spent the past 20 years covering his generation’s most pivotal events.

“I’m either blessed or cursed with DNA that is somewhat youthful,” says Hemmer, the Cincinnati native who cohosts “America’s Newsroom” on Fox News. The Miami University graduate, who started out in sports at WCPO-TV in Cincinnati before working as an anchor and correspondent at CNN, has covered historic events ranging from the World Trade Center attacks to Hurricane Katrina to the Iraq War. “I’ve had an amazing front-row seat to history that shaped the lives of millions of people,” says Hemmer.

He and his co-anchor Martha MacCallum will moderate a televised GOP candidate forum in the hours before the first Republican presidential primary debate in Cleveland on Aug. 6. We recently talked with Hemmer about Ohio, his start in the business and the GOP’s large field of candidates.

Ohio has consistently played a key role in presidential elections, often serving as the deciding factor in tight races. Do you see that continuing in 2016?
History shows Ohio has elected the president for the last 140 million years [laughs]. Ohio really has it all — rural, urban, suburban, Republicans and Democrats, blue collar and white collar. It touches on every important issue. Ohio is a microcosm of America. I think Hillary [Clinton] is going to raise a lot of money and get a lot of votes, but I still see this as a 50–50 nation with Ohio playing a big part in the outcome.

How did starting out in sports in Cincinnati help you later on in your career with CNN and Fox?
I remember sitting in the Reds’ clubhouse and a group of players were looking at me and asking why I was wearing wing-tip shoes. At age 23, I wanted to play an older role. Broadcasting sports does something that people may not understand. Your brain is trained to put words with images and that thought process enabled me to do breaking news. The ability to ad-lib and tap dance is a skill required for my job.

With so many candidates in the field, how difficult will it be for the Republicans to mount a unified challenge?
I see this as one of the most diverse fields ever. I was not entirely convinced that Donald Trump was going to go forth with [his candidacy], but he’s serious and he understands the medium of television. We want to make this forum count by engaging the candidates and enlightening the audience. There will be some drama.