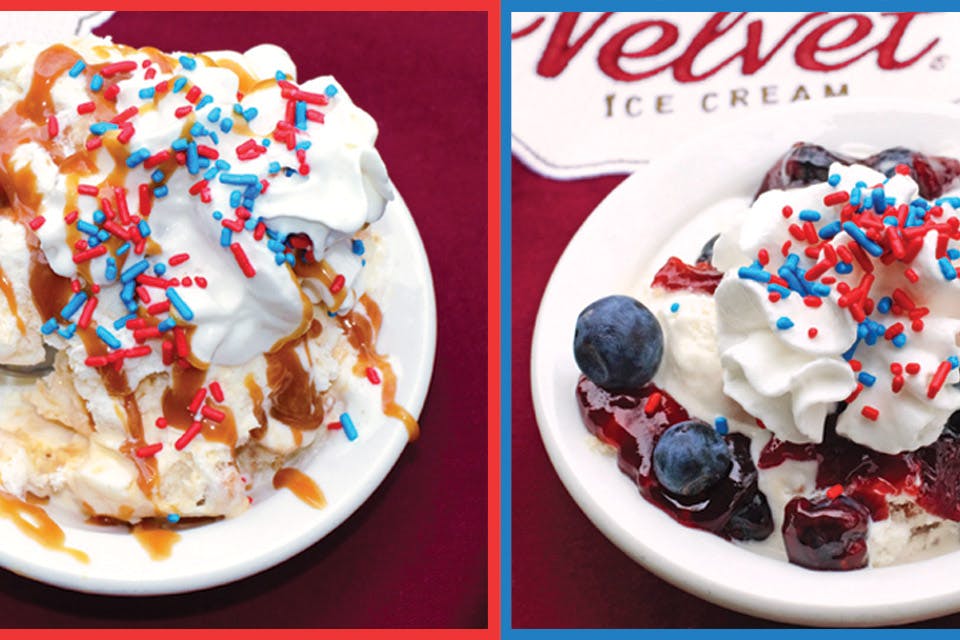 May 2016 Issue
BY Frances Killea | Photo courtesy of Weirick Communications

May 2016 Issue
BY Frances Killea | Photo courtesy of Weirick Communications

Election Day may still be six months away, but Velvet Ice Cream Co.’s Ye Olde Mill has a delicious way for guests to cast their ballot all summer long.

The polls opened last month, when the Utica creamery kicked off the season at its on-site restaurant and ice cream parlor. Through Oct. 31, patrons will be able to show their political colors by ordering one of two election-season sundaes.

The Blueberry Donkey Sundae features two scoops of blueberry cheesecake ice cream smothered in a blueberry topping. On the other side of the aisle, the Republican-themed Elephant Ear Sundae features a double scoop of Velvet’s elephant ear ice cream blanketed with caramel sauce.

“Everyone loves to voice their opinion about politics, so we said, ‘Wouldn’t it be fun to see how the polls might come out?’ ” says Velvet Ice Cream vice president Joanne Dager. “Are people going to order the sundae because they like that flavor or are they going to order it because they’re a diehard Democrat or diehard Republican?” 11324 Mount Vernon Rd., Utica 43080, 740/892-3921, velveticecream.com