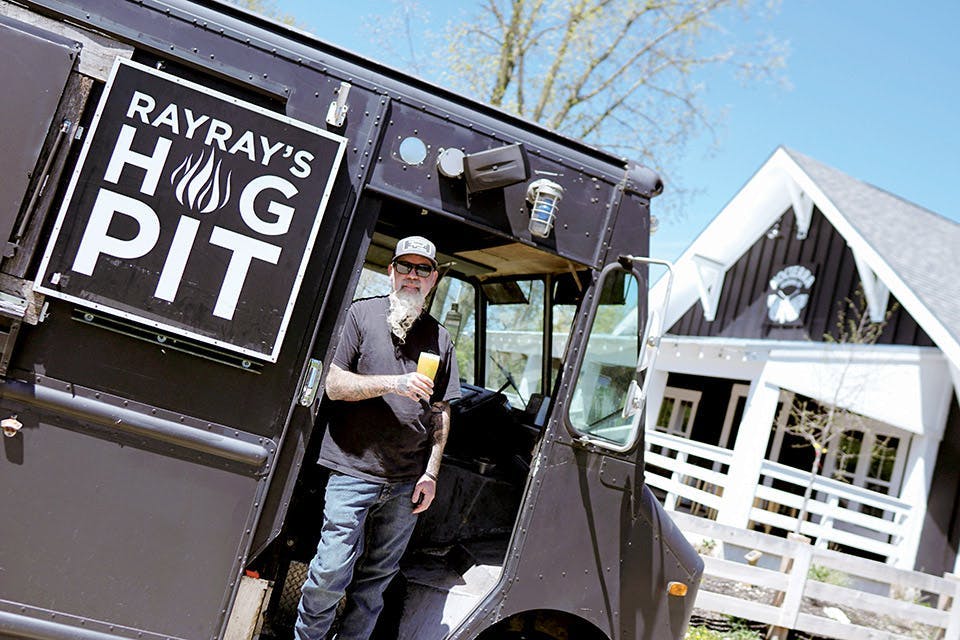 Starting first as a humble truck in Columbus’ Clintonville neighborhood, Ray Ray’s Hog Pit has grown to a central Ohio institution, with five locations throughout the region. While Ray Ray’s introduced a new “meat and three” sit-down concept to Granville in the spring of 2021 and has a drive-thru in Westerville, it’s still known for the perfect pairing of barbecue and beer. The Clintonville truck remains, but two additional trucks park permanently at Land-Grant Brewing Co. in Columbus’ Franklinton neighborhood and Nocterra Brewing Co. in Powell, serving lunch and dinner Thursdays through Sundays. The barbecue joint is named for owner Jamie “Ray Ray” Anderson, whose father used to be a pitmaster in Cleveland.

“As I was growing up, I was always inspired by my dad cooking barbecue,” says Anderson. “By the time I was old enough to start cooking, he had passed away, so I taught myself. I tried the brick-and-mortar game early on, and it wasn’t really my favorite, so I quickly jumped into the food truck business in 2010.”

Anderson sources pork from his family farm in Granville, and his menu featuring pulled pork, jerk chicken, ribs, brisket and sides has earned accolades that have included an appearance on Food Network’s “Diners, Drive-ins & Dives” and a nod from Esquire magazine.

“It’s a hybrid style, an Ohio style, it’s a style that’s my own,” Anderson says of his barbecue. “It’s not leaning toward Texas or Kansas City or Memphis. I’ve taken all the barbecue regions I’ve visited and combined it into one.” 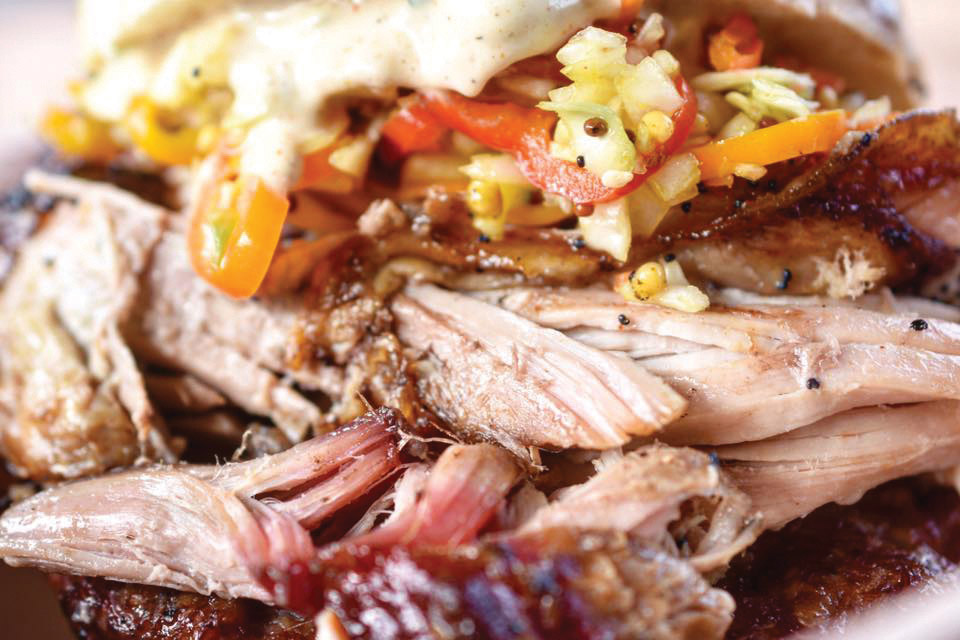 At first glance, the operation at Ray Ray’s may seem simple: nondescript black trucks with white lettering and focused menus spanning ribs, a handful of sandwiches and sides. But led by the bearded and tattooed Anderson, the trucks showcase a patient dedication to the art of barbecue, yielding a collection of craveable meats. The spareribs and baby back ribs positively fall off the bone, while the tender brisket melts in your mouth. Anderson relies on wonderfully soft and chewy rolls from the local Matija Breads to carry everything from zesty jerk chicken and Carolina chopped pork to rich pulled pork and giant hot links made especially for Ray Ray’s.

And vegetarians aren’t left out of the mix. Unique to the Nocterra and Land-Grant trucks is a cauliflower burnt end sandwich. It stuffs Matija rolls with smoked and chopped cauliflower, a crispy red slaw and choice of spicy jerk or jalapeno barbecue sauce. For those who are all-in on barbecue, Ray Ray’s offers the Meat Sweats, a box stuffed with a bit of everything: brisket, pulled pork, jerk chicken, ribs, a hot link, pickles and sauce. “What we do best, in a box,” the menu says.

Because Ray Ray’s food trucks are stationary, their setups include stations for smoking meats on-site. Guests simply have to follow their noses to the welcoming waft of smoke. The benefit of the brewery locations means guests are offered spacious patios and craft beers to pair with their ribs, sandwiches, collard greens, and mac and cheese.