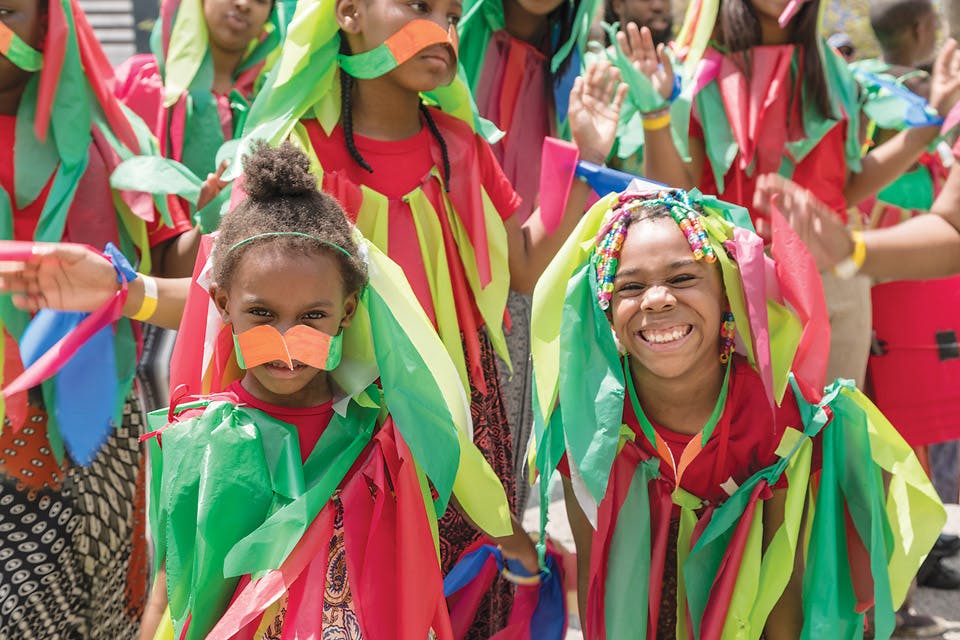 The Cleveland Museum of Art's signature summer event returns with color, music and art for all ages.

April 2019
BY Kourtney Husnick | Photo by David A. Brichford

April 2019
BY Kourtney Husnick | Photo by David A. Brichford


As she’s been doing each spring since 1990, Robin VanLear, director of community arts at the Cleveland Museum of Art, is deep in the throes of making preparations for Parade the Circle, Cleveland’s festive ode to summer.

The theme of this year’s 30th annual parade, Mythology of Illusion, was sparked as VanLear and her team began planning the 2019 event the day after last year’s parade. (Previous themes include 1998’s Jumble Moves, which celebrated the sights and sounds of the city, and 2002’s Salmagundi, which honored the mixture of colorful floats for which the event is known.)

“One of the tricks for me is to come up with something that can be interpreted in multiple ways,” VanLear says. “The word mythology derives from the Greek words mythos and logy, meaning ‘a true narrative or a story of the people.’ The word illusion comes from Latin and Old French and means ‘to play with.’ So, now we are playing with the stories of the people. A city or region like Cleveland has its own mythology, and the artists participating in the parade also have tales to share.”

In addition to attending the parade, the public is encouraged to join in the preparation for it. Beginning five weeks before the event takes place, some 50 artists conduct workshops to help participants create their own costumes, masks and puppets for the parade.

“I love discovering how amazingly creative people are,” VanLear says. “Parade the Circle is all about inventing new ways to appreciate art. It’s low-tech, effective and beautiful. In many ways, it’s like watching a movie going on around you.” University Circle, Cleveland 44106, 216/707-2483, clevelandart.org

This story is part of the 2019 Spring Arts Preview.