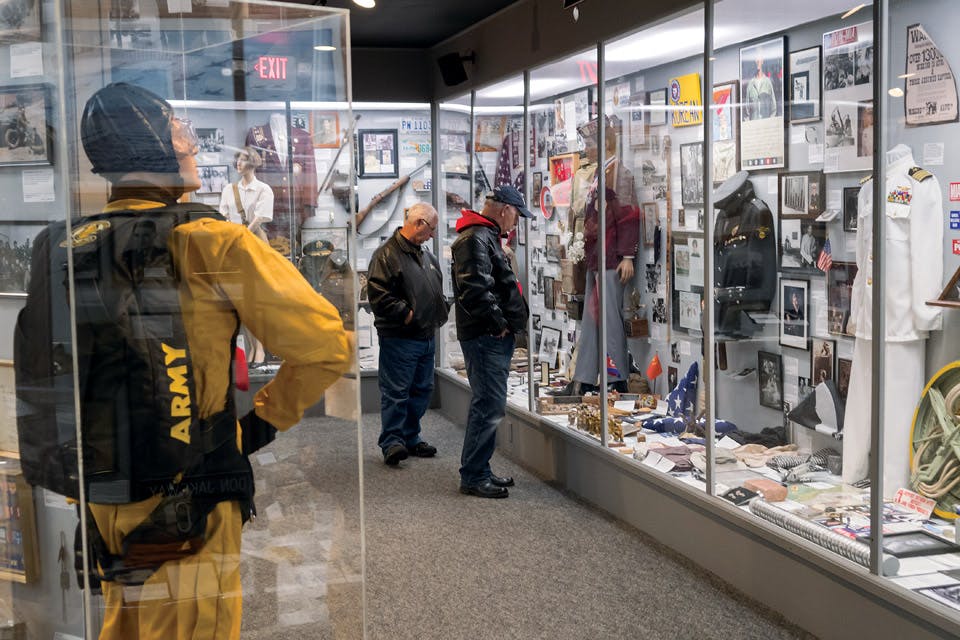 Warren Motts’ collection of military artifacts serves as a tribute to our men and women in uniform.

Warren Motts has always championed human stories. A photographer by trade, he owned his own business for more than 25 years before stepping away to pursue a different passion — one that allowed him to tell stories like never before.

Trained as a military photographer, Motts had long been drawn to the works of others who have documented war. He studied Civil War photographer Matthew Brady and made his own documentary about the Battle of Gettysburg.

“I started collecting Civil War artifacts ... that kind of was the catalyst of the museum idea,” Motts recalls.

In 1987, he founded Motts Military Museum, with his collection beginning slowly, donation by donation. When a Vietnam veteran gifted his personal collection of artifacts, Motts decided to dedicate his growing museum to every American war.

“We have covered every war, right up to Iraqi Freedom,” he says. “It’s a large scope of a little bit of everything.”

Originally housed in Motts’ home, the museum collection swiftly expanded, and in 1999, he moved his artifacts to a 5,100-square-foot former garden center in the city of Groveport. A new 5,200-square-foot wing was completed in 2006.

It does seems as if Motts’ collection has a bit of everything, including china and silverware that belonged to Saddam Hussein and a life mask of Abraham Lincoln’s face. The pieces that mean the most to Motts, however, did not belong to famous figures.

“I have a Bible back here that a boy in Vietnam had in his pocket over his heart when he was attacked,” says Motts. “The bullet that would have killed him hit the Bible. It stopped at a passage: I walk by faith, not sight. When he gave me this Bible, he said, ‘Warren, I could hardly part with this, because it saved my life. ... I felt it belonged here.’ ”

Motts installs each exhibit himself, but the museum depends on the work of more than 70 volunteers and more than 700 donors. It is currently raising money to fund a 9/11 exhibit.

“I really felt strongly that we need to tell those stories — those personal, human interest stories,” Motts says. “These are people that are very important to me, and I don’t want them forgotten.”