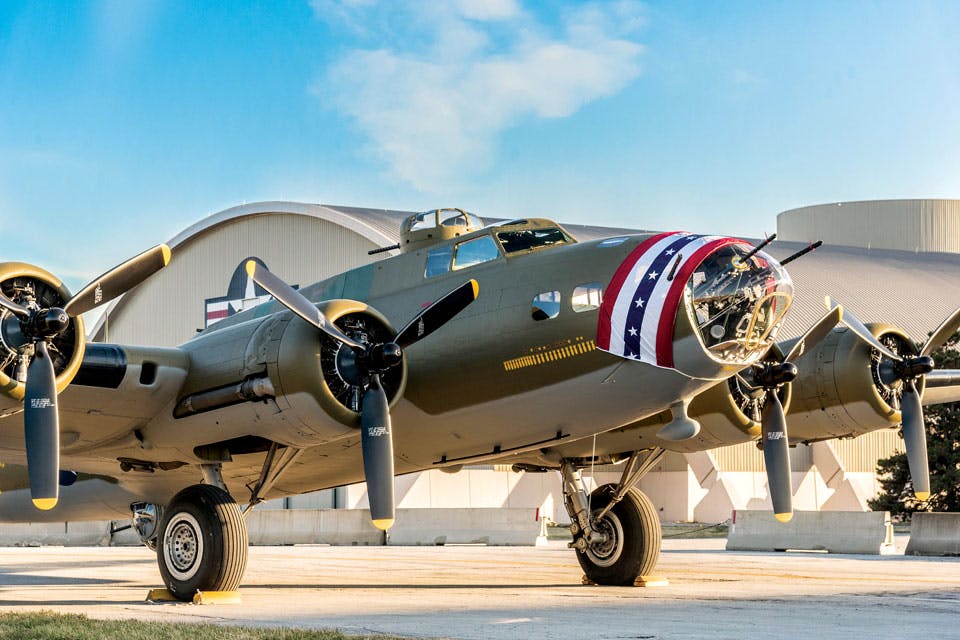 See the legendary World War II aircraft and learn its story at the National Museum of the United States Air Force.

Editor’s note: This story about the Memphis Belle was reported in the weeks leading up to the historic aircraft going on display at the National Museum of the United States Air Force in Dayton, where you can see it today. Visit website for more information.


It’s early spring, several weeks before the plane’s May 17, 2018, public unveiling at the museum — exactly 75 years after the bomber’s 25th and final mission — and the 13-year restoration effort is nearing a landing. Workers have spent countless hours repairing, cleaning and painting the aircraft to ensure every last detail of its appearance is historically accurate.

But the project wouldn’t have been nearly as successful without one priceless resource used as reference: Academy Award-winning director William Wyler’s 1944 War Department color documentary, “Memphis Belle: A Story of a Flying Fortress.” Wyler and his team of cameramen climbed aboard the bomber and risked their own lives to capture American history as it happened. More than 11 hours of footage that didn’t make it into the film proved vital to the restoration, according to Jeff Duford, lead curator of the Memphis Belle project.

“We couldn’t have possibly restored it accurately without these outtakes,” he says. “We’ve gone through them, literally, frame by frame.”

The newly restored Memphis Belle is now on display alongside rare archival footage from Wyler’s 1944 film, his uniform, a digitally animated map showing the World War II strategic bombardment campaign, two Medals of Honor and other artifacts tied to the Flying Fortress and its crew.

“The Memphis Belle is one of our great national treasures,” says Duford. “It reflects who we are as Americans: our spirit, our willingness to sacrifice for our country and for the greater good. These soldiers’ service was critical in defeating Nazi Germany, but their sacrifice was equally as high.”

Following World War II, the aircraft was sent to Memphis, where it was displayed at a National Guard armory for years, but the elements and souvenir hunters took their toll. The airplane had been outside for about three decades when a group called the Memphis Belle Memorial Association was formed.

That organization protected the aircraft with a tent-like covering, but the plane still needed serious work. So, in 2005 the National Museum of the U.S. Air Force and the Memphis Belle Memorial Association decided to transport the plane to Wright-Patterson Air Force Base near Dayton for restoration and, ultimately, public display.

“[The Memphis Belle Memorial Association] collected photographs and artifacts over the years,” says Duford, “and they’ve been really great about continuing to support the restoration.”

The Memphis Belle came to represent American resilience after it completed 25 missions over Europe during World War II. In 1943, only about one in four bomber crewmen achieved that milestone. After completing its 25th mission, the Memphis Belle embarked on a more benign one: flying across the country to help sell war bonds. The famous bomber — affectionately named for pilot Robert Morgan’s Memphis girlfriend, Margaret Polk — was the perfect plane for such a job, raising money and morale along the way.