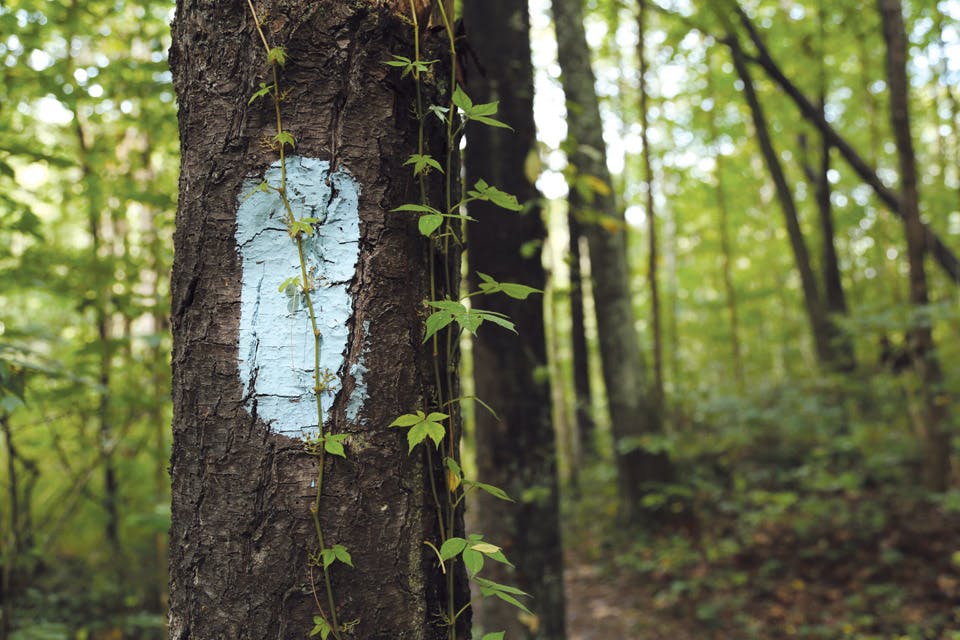 An Ohio couple recounts the 76 consecutive days they spent hiking the 1,444-mile Buckeye Trail in a new book.

Chuck and Beth Hewett originally set out to write a guidebook detailing the Buckeye Trail. They never expected the volunteer project would turn into a two-and-a-half-month excursion that fewer than a dozen others had ever made.

“I had pretty much turned [the guide] over to the Buckeye Trail Association,” Chuck Hewett says. “But I knew that to walk the whole trail would be so much better, so we decided to field test it.”

The Hewetts, who live in the Columbiana County community of Hanoverton, spent 76 days and nights backpacking the entire route, making them only the 10th and 11th people to thru-hike the trail since its completion in 1980.

The couple recently published Wandering Ohio: A Buckeye Trail Thru-Hike that details their experiences hiking during the spring and summer of 2016. We recently talked with the Hewetts about what they saw over the course of their journey.

ON THE TRAIL: Although the Hewetts have covered more than 8,000 trail miles between them, the Buckeye Trail provided some unexpected experiences. “Generally when you get to a trailhead, you walk into a hiking environment,” says Beth. “Whomever you see is also a hiker. There is an exchange of information and a common spirit.” She was surprised to find that was not necessarily the case with the Buckeye Trail. “We were out there for 76 nights and we never saw another hiker,” she says.

IN THE TOWNS: During their journey, the Hewetts made a point to visit as many places they could along the way. Some of their favorites include the Bicycle Museum of America in New Bremen, the Rutherford B. Hayes Presidential Library and Museums in Fremont and a canal boat ride in a Metroparks of the Toledo Area park. “Part of the idea of the hike, other than checking our book data, was really to explore the state of Ohio and get to know it,’’ says Beth.

FOR THE BEGINNER: Although most people can’t commit to such a lengthy hike, Chuck says most of us can tackle a portion of the Buckeye Trail. “There are hundreds of day areas you can go hike,” he says. Areas that he and Beth enjoyed that would translate well to a fun day hike include portions of the trail that were located in the Hocking Hills and the Muskingum Watershed Conservancy District.

Wandering Ohio: A Buckeye Trail Thru-Hike is available on amazon.com.