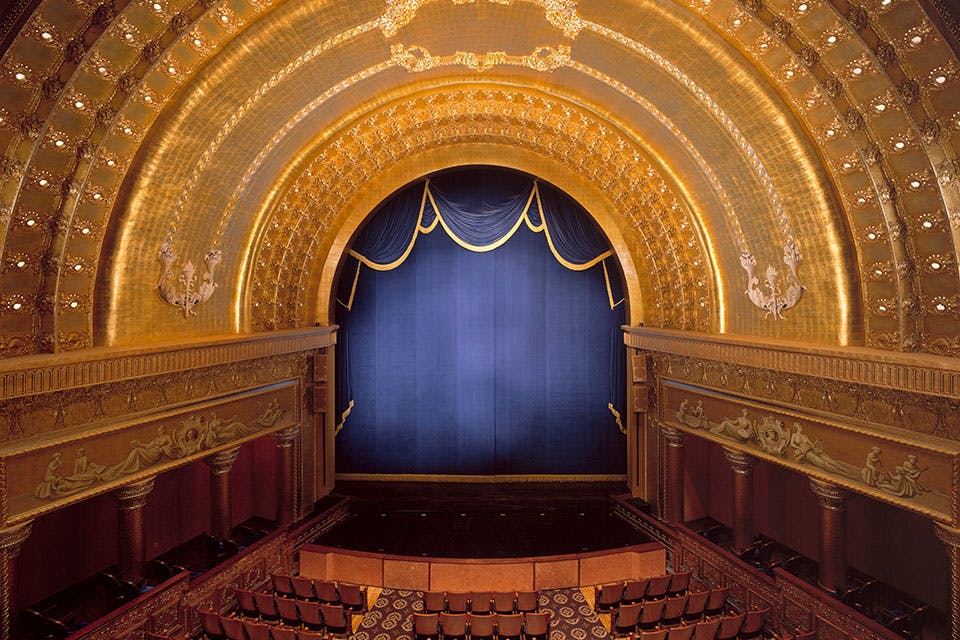 When Columbus’ Southern Theatre first opened in 1896, it contained many features that were uncommon for venues of the era. Stained glass greeted guests at the door, and electric lights powered by a basement generator lined the arched plaster ceilings.

Built using iron, steel and brick rather than wood, the theater, which celebrates its 125th anniversary this year, was often referred to by locals as “fireproof.” Built during a run of Columbus theater fires, the new structure’s lack of gas lights and nonflammable building materials meant it was comparatively immune to a blaze.

“It was lit up, not with candlelight or gaslight, but with electric light,” says Jason Gay, vice president of operations for the Columbus Association for the Performing Arts. “For a lot of people, that might have been the first time they saw a building lit up like that.”

The Southern Theatre hosted many turn-of-the-century entertainers, ranging from Sarah Bernhardt to John Philip Sousa. A 1903 touring production of “Ben-Hur” graced the stage with 350 actors and two teams of horses galloping on treadmills, while a background spun to simulate a chariot race.

The historic venue fell into disrepair and was closed for almost 20 years prior to a $10 million renovation completed in 1998. Today, the theater serves as the home of the ProMusica Chamber Orchestra, Opera Columbus, Chamber Music Columbus and the Jazz Arts Group. The renovation modernized the structure, but its original feel remains intact, including Edison bulbs that light the way in vintage style. With just 933 seats and the last row no more than 175 feet away from the stage, the compact room provides an immersive experience for patrons.

“The acoustics are superior relative to other performance halls,” Gay says, adding that it was designed for performances without the benefit of microphones. “The concentric rings of the arches help radiate the sound into the auditorium.”