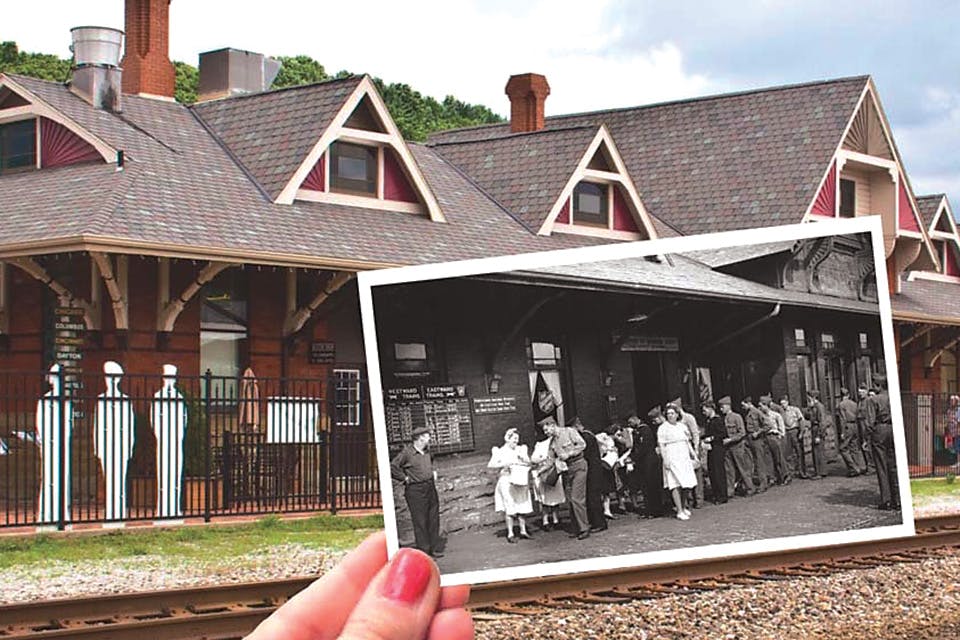 Created to celebrate the 75th anniversary of the end of World War II, this trail featuring 10 stops highlights our state’s connection to the war effort.

Ohio’s Homefront to Warfront Trail stretches from a Pennsylvania Railroad Depot in Tuscarawas County that saw 1.3 million service members pass through it to the Columbus museum and memorial that pays tribute every man and woman who has ever served. The 10 stops along the way highlight Ohio’s ties to World War II and how citizens and communities across the state aided in the war effort. Created to coincide with the 75th anniversary of the end of war, the drivable trail offers an interesting way to learn Ohio and American history.

Dennison Railroad Depot Museum: During World War II, more than 1.3 million service members passed through the Dennison Depot Salvation Army Servicemen Canteen. Now fully restored as a museum, the 1873 Pennsylvania Railroad Depot tells the story of the canteen’s role, the hospitality it provided and how it earned the nickname Dreamsville, U.S.A. from the soldiers whose trains stopped there as they headed off to fight. “When you come to the Dennison Depot, you’re walking in the footsteps of American heroes,” says Wendy Zucal, the museum’s executive director. “Both of those who served on our battlefronts and those who served on the homefront.” 400 Center St., Dennison, Ohio 44621, 740/922-6776, dennisondepot.org

The Ernest Warther Museum: Ernest “Mooney” Warther discovered his love of wood carving early in life and, from the ages of 20 to 86, he made 64 hand-carved replicas of famous trains including  the Union Pacific Big Boy, which was used to hall supplies and materials during World War II. “He carved the history of the steam engine from 250 B.C. up to the 1940s,” says Carol Moreland, the museum’s director. Private citizens also commissioned Warther to make 1,100 wooden-handled knives for American commandos during the war.) Other noteworthy pieces on display at the museum include Warther’s famous Plier Tree — 511 connected pairs of pliers carved from a single block of wood. 331 Karl Ave., Dover 44622, 330/505-6003, thewarthermuseum.com

MAPS Air Museum: This renovated 1952 National Guard Hangar houses 48 fully restored airplanes, including the original Martin Glider, a Martin B-26 Marauder Bomber and the only Goodyear Drake left in the world. “Most people think it’s just airplanes, but it’s not,” says Reed Kimball, the museum’s education director. “You hear the stories of the airplanes, and you hear the stories of the people who flew them.” Along with its collections, the museum is home to the Ohio Military Museum, which features stories and artifacts from Ohio veterans dating back to the War of 1812. Several Congressional Medals of Honor are on display, including one from the Civil War. 2260 International Pwy., North Canton 44720, 330/896-6332, mapsairmuseum.org

Olde Main Street Museum: The Olde Main Street Museum features 23 replica storefronts of historic Newcomerstown and sports memorabilia from local natives Woody Hayes and Cy Young. The museum houses a large collection of local military items, from the Civil War to the war on terrorism. “Our main goal is to keep and preserve the history of the town and the people,” says Vane Scott, the museum’s tourism and entertainment director. 213 West Canal St., Newcomerstown 43832, 740/498-7735, newcomerstownoh.com/museum

Fletcher General Hospital and Fletcher Chapel: Fletcher General Hospital was one of several dozen hospitals built by the Army during World War II, and it treated more than 17,000 service members through 1946. By that time, the hospital had grown to more than 168 buildings that housed 234 German prisoners of war and 2,000 patient beds. “What is hard to envision that you can’t see today are the hundreds of hospital trains arriving,” says Debbie Robinson, executive director of the Guernsey County Visitors & Convention Bureau. Although travelers can’t go inside the buildings, they can drive the original road grids of the complex. 66715 Old Twenty-One Rd., Cambridge 43725, 800-933-5480, visitguernseycounty.com 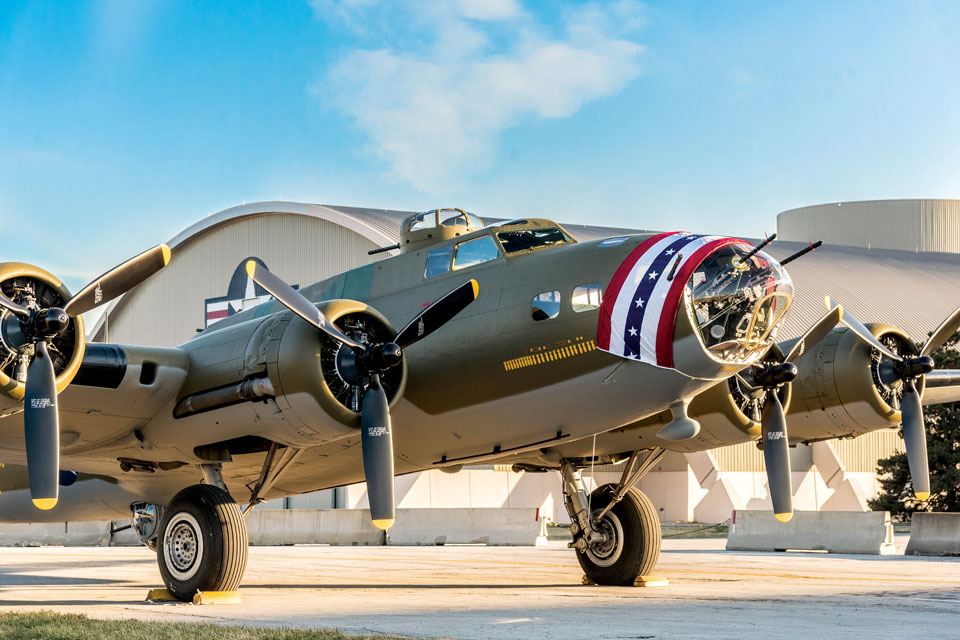 WACO Air Museum: During the early 20th century, WACO Aircraft Co. was the largest producer of civil aircraft in the nation, making biplanes in the city of Troy during the 1920s and ’30s. But the company is also famous for its CG-4A Glider, a wooden craft manufactured specifically to carry troops and cargo behind enemy lines during World War II. “As World War II was approaching, the military was looking for a glider design,” says Gretchen Hawk, the museum’s executive director. “Clayton Bruckner submitted the CG-4A glider and that’s what the military chose.” The museum features footage from World War II and even offers airplane rides in an open-cockpit biplane for an additional fee. 1865 S. County Rd. 25A, Troy 45373, 937/335-9226, wacoairmuseum.org

Champaign Aviation Museum: The roots of the Champaign Aviation Museum reach back to 2005, when a fully restored B-17 aircraft made a surprise landing in town. That same year, the museum took on its very own B-17 Champaign Lady project that still continues today. Museum visitors can even watch volunteers working on the aircraft. “It’s more than just seeing a restoration,” says David Shiffer, the museum’s executive director. “You’re seeing a restoration back to flight which is pretty special and rare.” The museum is houses eight vintage wartime aircraft, including the B-25 Mitchell, C-1A Trader, Fairchild F-24 and C-47 Skytrain. Other World War II artifacts on display include flight gear, equipment and uniforms and weapon replicas. 1652 North Main St., Urbana 43078, 937/652-4710, champaignaviationmuseum.org 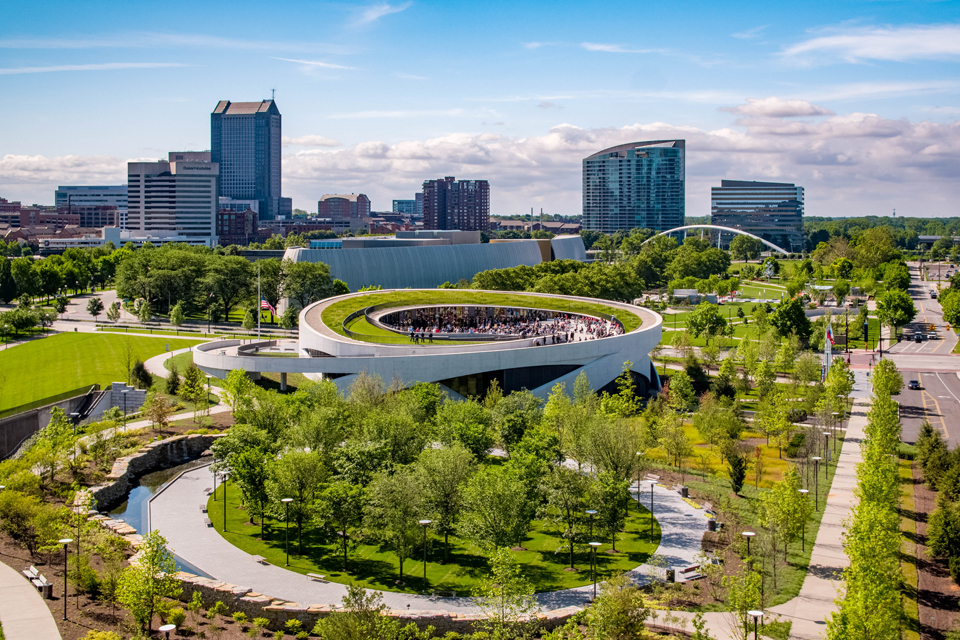 National Veterans Memorial and Museum: This museum honors veterans from all branches of the military by sharing their own stories in their own words. “In many cases ,[they’re] stories of ordinary people in trying circumstances doing extraordinary things,” says Col. Bill Butler, the museum’s chief of staff. The main exhibition floor offers stations that detail the steps each military member experiences on the journey from civilian to becoming a vital part of a cohesive group, and a timeline traces United States military history through the generations. The museum’s mezzanine level serves as a place of reflection with beautifully colored windows inspired by the designs of military campaign ribbons and the rooftop provides incredible views of downtown. 300 W. Broad St., Columbus, Ohio 43215, 888/987-6866, nationalvmm.org