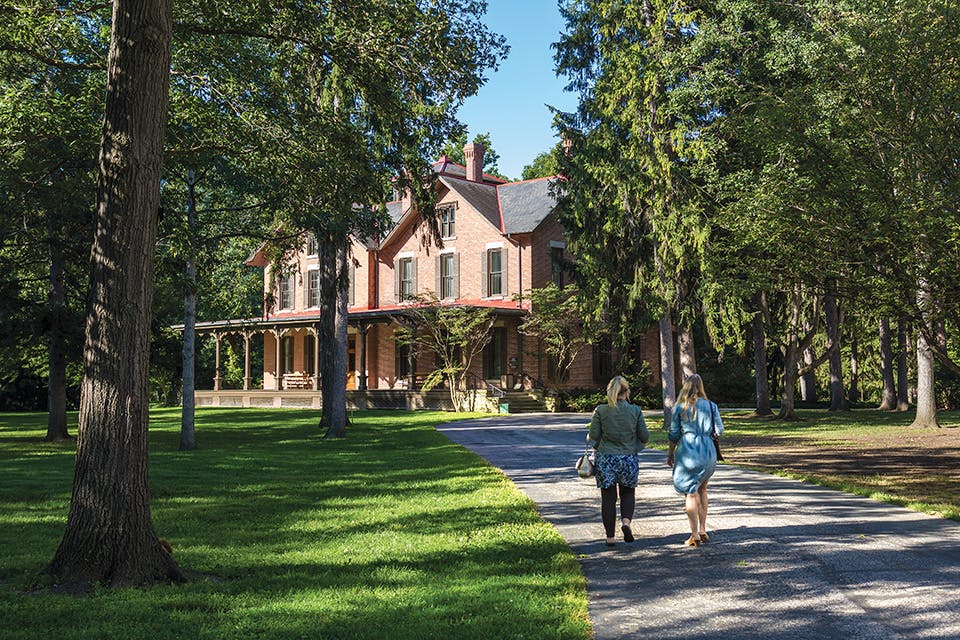 Summer means it’s time to explore. Check out these interesting and fun destinations we discovered while visiting this years Best Hometown honorees.

Hail to the Chief
The Rutherford B. Hayes Presidential Library & Museums traces the life and legacy of our 19th president.

The Victorian splendor inherent in the 31 rooms filled with furnishings original to Rutherford B. Hayes’ family has made Spiegel Grove a worthy destination. It’s that connection to history that’s the primary draw for the 35,000 visitors who come to the Fremont estate each year: Hayes lived here with his wife Lucy and their family shortly before his second term as governor and again following his time in the White House, from 1881 until his death in 1893.

“In addition to furnishings, Hayes left a wonderful written trail giving insight into what he worried about, what he loved most about life and what irritated him about politics,” says Christie Weininger, executive director of the Rutherford B. Hayes Presidential Library & Museums at Spiegel Grove.

Excerpts from speeches he delivered as Ohio’s governor from 1868 to 1872 and 1876 to 1877, and as commander-in-chief from 1877 to 1881, are posted throughout the museum. His legacy includes a staunch advocacy for civil service reform and the launch of programs that improved squalid conditions in prisons and aided veterans.

The more than 2,000 artifacts on display include the Union uniform Hayes was wearing when he was shot during the Civil War and the Bible he used to take the presidential oath of office.

Scholars visit to peruse the 90,000-volume library, featuring archival material from Hayes’ career, as well as books about genealogy, the Great Lakes and other subjects our nation’s 19th president was passionate about.

The 25-acre Spiegel Grove arboretum contains around 1,700 trees representing 90 different species. They encircle the house, museum and gravesite where Hayes and his wife are buried.

“Rutherford and Lucy saw themselves as volunteers on behalf of a greater cause,” Weininger says. “They believed if we all take care of each other, we will all be taken care of. We hope that when visitors leave here, they’ll be motivated to do something to honor that spirit — whether it’s donating a bag of groceries to their local food pantry or volunteering at their local library.” 1 Spiegel Grove, Fremont 43420, 419/332-2081, rbhayes.org 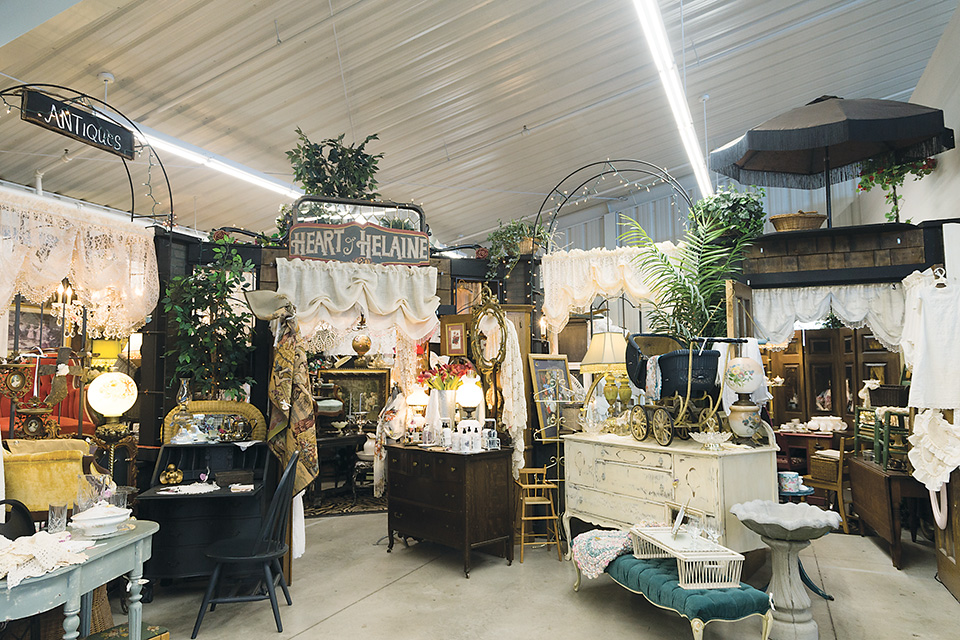 What started out in 1939 as a livestock market founded by Sol Miller has grown into a shopping destination that draws travelers looking to find out what Ohio’s largest outdoor weekly flea market is all about. It’s known as the largest tourist attraction in Stark County, and for good reason.

Although Hartville Marketplace & Flea Market may see smaller crowds this season given social distancing requirements, the destination — located less than 2 miles from historic downtown Hartville — is dedicated to safely showcasing what’s made this place an Ohio favorite for years.

“We wanted to create this feel of a village or a town,” explains Seth Coblentz, general manager of Hartville Marketplace & Flea Market. “You’re walking down a main street, but you’re inside.”

Indoor shops range from PangeaKeto (a ketogenic-friendly minimarket) to Chosen Hair Studio (a full-service salon) to Reignn Mercantile (a modern clothing store that sells its own line of graphic T-shirts). Sarah’s Market Fresh Grill — a nod to the adjacent Hartville Kitchen and its co-founder Sarah Miller — serves up locally sourced food cafeteria style.

Outside, vendors are an ever-changing mix that serves as an extension to the shops indoors. No two market days are ever the same, as a constantly rotating lineup of vendors sell jewelry, collectibles, antiques and home decor, while the on-site farmers market offers local produce. Artisan Alley — a pop-up, outdoor makers market — helps local artists sell their wares to the large and loyal customer base.

“Originally, a lot of Amish lived in Hartville, and the Amish worked together, they helped each other,” Coblentz says of the village of Hartville’s country atmosphere. “It was the foundation to build on, and it just stayed that way over the years.” 1289 Edison St. NW, Hartville 44632, 330/877-9860, hartvillemarketplace.com 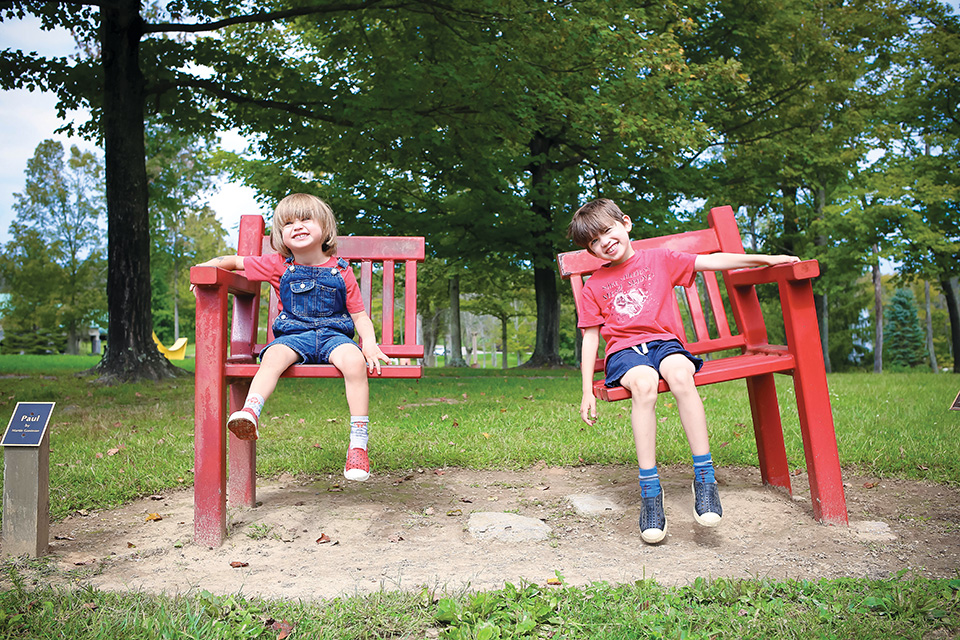 One of three temporary exhibitions on display, “Borders” by Icelandic artist Steinunn Thórarinsdóttir features 22 human-shaped sculptures. The figures are presented throughout Pyramid Hill in pairs facing each other, one in cast aluminum and the other in cast iron.

“It’s really taken on a new meaning when people experience these works, because each pair is engaging with each other but they’re all socially distanced from each other,” says Pyramid Hill Sculpture Park & Museum executive director Sean FitzGibbons.

Pyramid Hill is also home to the Ancient Sculpture Museum. The 10,000-square-foot space houses park founder Harry T. Wilks’ ancient sculpture collection. With the addition of 150 acres donated by the Harry T. Wilks Family Foundation in December 2019, Pyramid Hill now encompasses 486 acres, making it one of the largest sculpture parks in the United States. Still, getting around is easy, whether on foot or by way of golf carts, dubbed Art Carts. 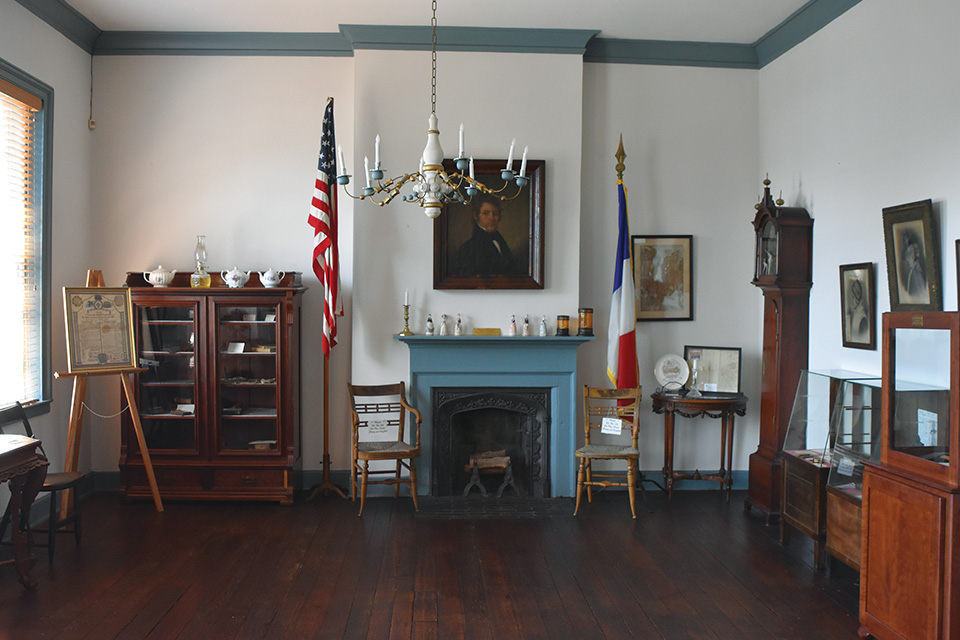 Historic Stop
The Our House Tavern Museum in Gallipolis tells the story of this French-settled Ohio River town.

Henry Cushing’s tavern got its name because its owner was a friendly face to travelers along the Ohio River, beckoning them to come up to “our house” for a drink, a bite or a place to stay for the night. Cushing opened the brick, Federal-style building with his sister, Elizabeth, in 1819. Today, the historic structure houses a museum that promises travelers a glimpse of what it was like to visit Gallipolis in the first half of the 19th century.

The village itself has a long history, dating back to 1790, when the French 500 — a group of Europeans that were fleeing the uncertainty of their home country — made their way to this stretch of land along the Ohio River in what is now Gallia County. But Gallipolis was still a remote outpost when Cushing’s tavern opened a few decades later.

Enter and you’ll find the tavern much the way it looked in 1819 through 1860 when Cushing and his sister operated the place together. You’ll even find a horseshoe imprinted on a wood plank just inside the front door. The story goes that it’s from the time an intoxicated patron on horseback tried to enter the tavern.

“We have the original floor and chandelier. Every piece of wood, the trim, everything is original,” says Becky Pasquale, former assistant site manager.

One of the tavern’s most notable visitors was the Marquis de Lafayette. The French general visited in 1825 during his tour of the United States and, for one reason or another, left his jacket behind. Today, it rests in a glass case on the museum’s second floor. 432 First Ave., Gallipolis 45631, 800/752-2618, ohiohistory.org 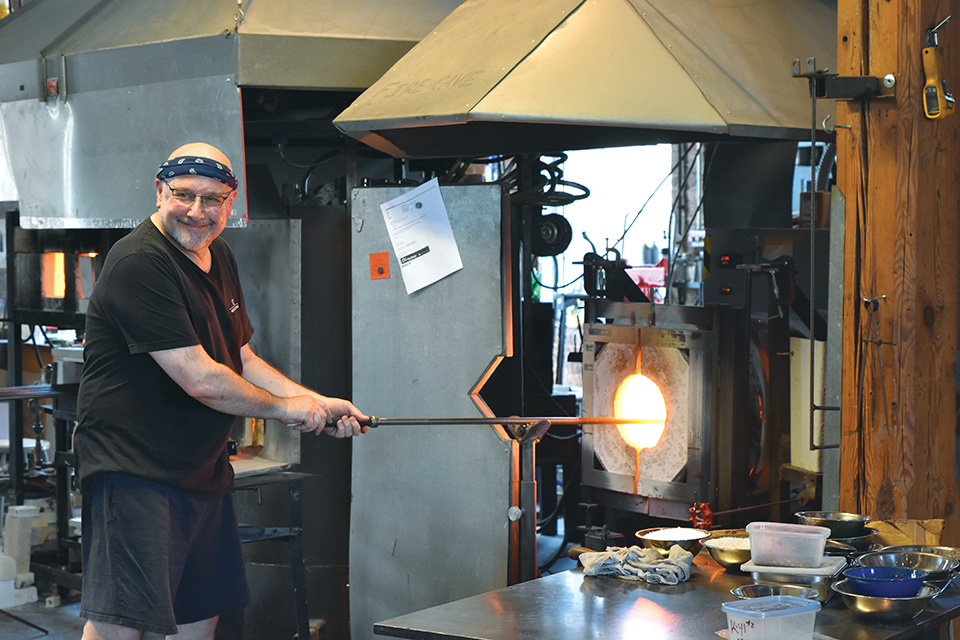 Explore More
The Works in Newark merges history, art and technology into a memorable and fun experience the entire family will enjoy.

The restored Interurban Railway car is painted in cheery hues, resting upon a short length of track outside The Works: Ohio Center for History, Art & Technology. Newark’s Jewett Car Co. made the cars after it relocated to the city in 1904. Prior to closing in 1919, the company produced more than 2,000 of them. One even served Newark.

“The interurban ran between cities,” says Cory Stutes, museum curator at The Works. “We could get from here to Columbus, to Zanesville, to Granville. Actually, the first interurban connection in the United States was between Newark and Granville.”

The Works complex in downtown Newark is filled with exhibits and demonstrations that span art, history and science. It’s a place that not only treats visitors to engaging interactive experiences but also teaches them about this part of central Ohio.

A gallery near the entrance with rotating quarterly exhibitions showcases works by local artists, and the main level offers a variety of hands-on exhibits. Creative types will love the glass-blowing studio, a first-floor space that offers the chance to see an artist at work, and classes are periodically offered for those who want to give it a try. A state-of-the-art SciDome planetarium, which opened in 2018, provides enveloping demonstrations of the night sky and far corners of the universe.

The upstairs museum floor showcases local history, including a prehistoric mastodon skull that was discovered in Licking County in 1989, antique equipment once used by the local fire department and a replica of Jerrie Mock’s airplane. In 1964, the Newark native became the first woman to fly solo around the world.