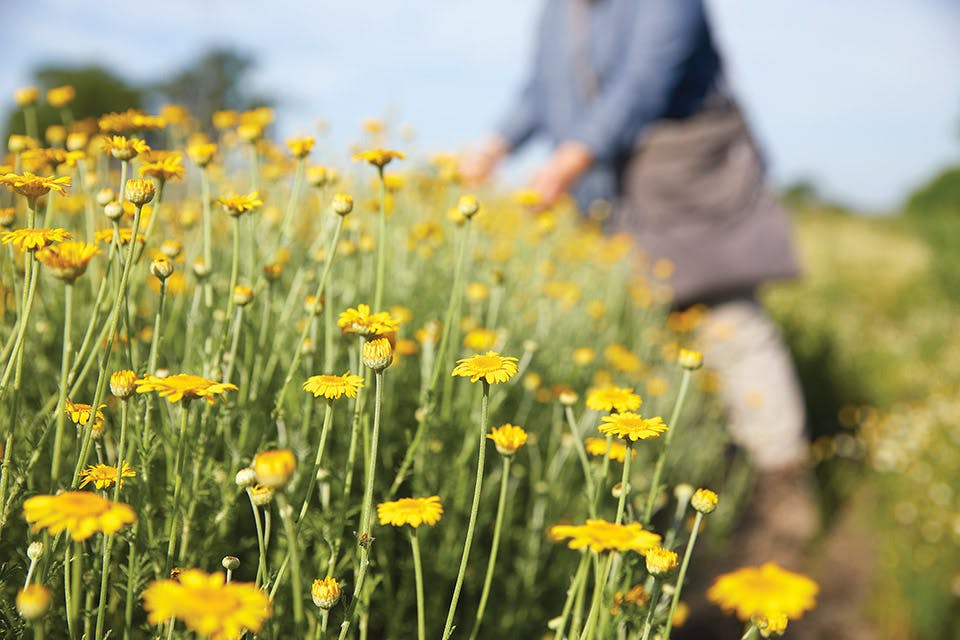 For Kate Hodges, it all started with foraging. Prior to 2015, she led classes on the identification of wild edibles, and the work led to her getting involved in the local food community.

“I moved to a house with a little bit of a larger yard and was encouraged by some other folks to branch out beyond classes,” Hodges recalls. “I’ve always liked making things and the production aspect of making things — making more than I need and my family needs, and more than I could just give away.”

Hodges began farming solo on her tenth-of-an-acre yard, in addition to the land of nearby neighbors who also farmed small. Over the years, Foraged and Sown has grown into a partnership of four owners — Hodges, Jane Larson, Karli Leffel and Holly DeLong — with land split between greenhouses on Hodges’ homestead and a portion of land the team leased and then purchased from Rock Dove Farm in West Jefferson in January of 2020.

The operation’s origins in foraging have lent the farm a focus on growing ingredients for unique products and combinations.

“Since it came out of the foraging classes, everything has been very flavor focused,” Hodges says. “We’re sticking with herbs to pair with foraged plants. We’re adding some perennial berries that are very flavorful and very niche that other people aren’t growing.” 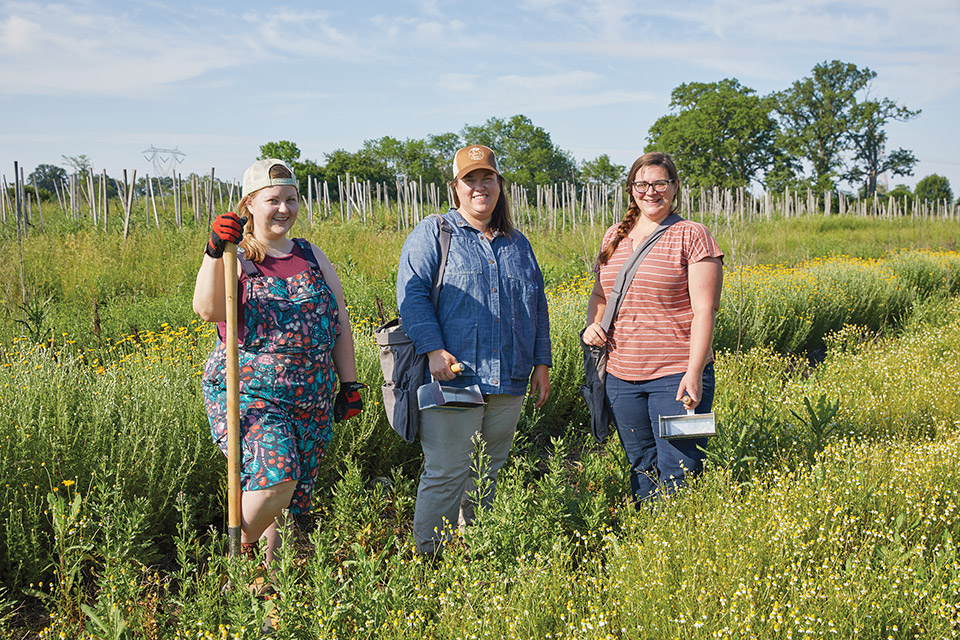 Foraged and Sown uses its bounty to create teas, fruit preserves, salts, dried herbs and other products. The business has become a staple of central Ohio farmers markets such as the Clintonville Farmers Market and Bexley Farmers Market. The farm stocks its goods at stores like the Hills Market in downtown Columbus, Keller Market House in Lancaster, Lilly & Gert’s in Port Clinton, and Farm and Table in New Philadelphia. Foraged and Sown has also partnered with North Country Charcuterie to have its products featured in gift boxes and sold its goods through Yellowbird Foodshed’s Community Supported Agriculture program. The farm has been responsive to its customer requests, adding a chai blend and a green tea blend, and it is working on coffee syrups. Each item has its own cheering section.

“Everything seems to be someone’s favorite,” Hodges says.

The West Jefferson farm isn’t currently open to the public, but Foraged and Sown has hosted events there, like a holiday pop-up show last December and foraging classes in the fall, which Hodges hopes to lead again.

“It was really fun to host people at the farm,” she says. “It’s just a three-and-a-half-acre space, but it’s neat. It feels alive. Most of the things we’re growing smell really great. The best way to experience that is in person.” foragedandsown.com