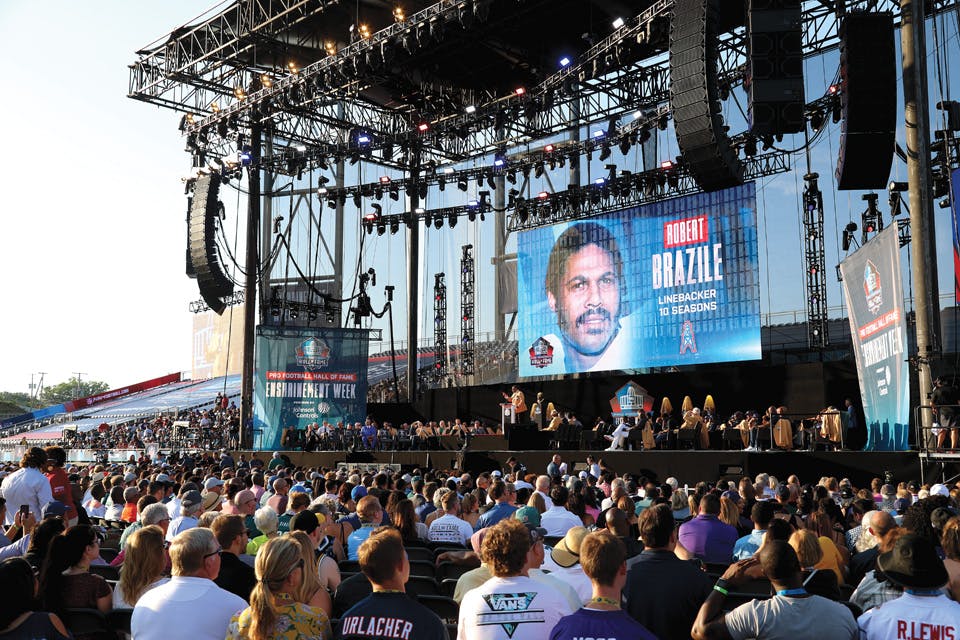 Do some time at The Shawshank Redemption 25th Anniversary, honor the greats of football in Canton, and get adventurous at Marietta’s Rivers, Trails & Ales Festival.

8/1: Covering 690 miles from Michigan to Alabama, treasure hunters can explore a stretch of the 127 Yard Sale here in Ohio. Dubbed the world’s longest yard sale, shop along the route at spots such as the Darke County Steam Threshers Association and the Van Wert County Fairgrounds. Aug. 1–4, 127yardsale.com

8/2: Art flourishes during Greenville’s First Friday Artisan Stroll. Live music sets the mood and demonstrations inspire visitors, while kids flex their creativity during the Chalk-the-Block contest. Browse the paintings, ceramics, jewelry and decor, and find the perfect gift to take home with you. mainstreetgreenville.org

8/3: Gridiron greats return to Tom Benson Hall of Fame Stadium to welcome a new class of inductees at the Pro Football Hall of Fame Enshrinement Festival. Events include the induction ceremony, a family-friendly Fun Fest, a face-off between the Atlanta Falcons and Denver Broncos and the Concert for Legends featuring Imagine Dragons. July 20–Aug. 5, profootballhof.com 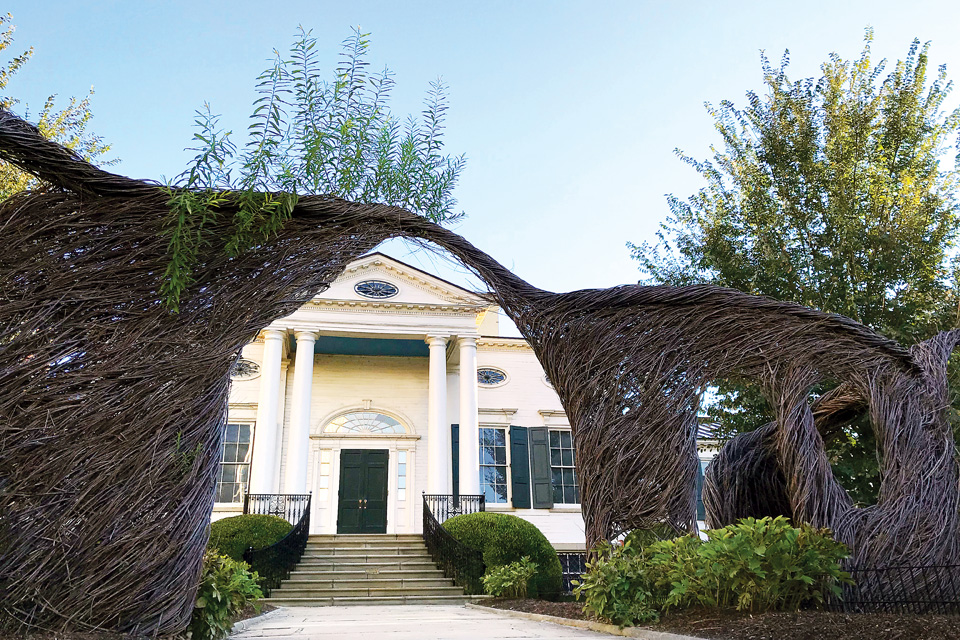 8/4: Willow tree saplings spring from the landscape at the Taft Museum of Art in Cincinnati arching over pathways and framing the city skyline. Through fall, wander among the fantastical, large-scale sculptures of “Far Flung,” an installation created by artist Patrick Dougherty with help from local volunteers. taftmuseum.org

8/5: Choose from among five options totaling nearly 60 miles of paddling routes featured in the Lake Erie Islands Water Trails guide. Numerous access points are visible from the water and marked with color-coded signs, so you can confidently enjoy the surrounding beauty regardless of your experience level. shoresandislands.com

8/6: With soulful singers, a set of horns and a band of renowned musicians backing him, Joe Bonamassa delivers a cool evening of blues-rock. The two-time Grammy Award nominee and guitar icon brings new songs and old favorites to Fraze Pavilion. fraze.com

8/7: Santana brings hits such as “Smooth” and “Black Magic Woman” to Blossom Music Center on a tour celebrating two feats: the 20th anniversary of the chart-topping “Supernatural” album and the 50th anniversary of rocking the Woodstock 1969 stage. livenation.com

8/8: Marietta’s Rivers, Trails & Ales Festival returns with more than 60 activities and events to make everyone feel like an adventurer. Capitalize on southeast Ohio’s waterways and extensive bike trails, and then cool down with a local brew and enjoy Marietta’s charming downtown. Aug. 8–11, rtafest.com

8/10: Float on over for a day filled with river activities, music, fire rings, a silent auction and a taste of 99 craft brews during Down a River, Down a Beer. Piqua’s annual event offers excitement while promoting river-corridor stewardship and showcases the benefits of the Great Miami River. mainstreetpiqua.com 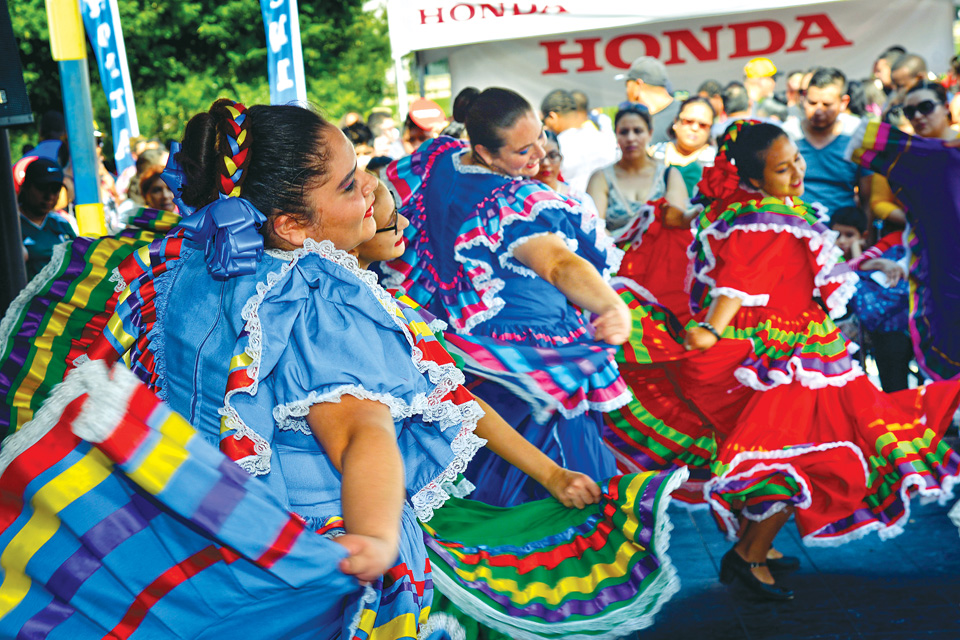 8/11: The costumes are bright and the music is hot at Festival Latino. This Columbus event returns to Genoa Park with dancing and entertainment, tasty eats, a showcase of Ohio-based Latin artists and a marketplace where you can shop for traditional art, crafts, jewelry and more. Aug. 10–11, festivallatino.net

8/12: Get in the celestial groove during the Perseids Meteor Shower Party at Dillon State Park in Muskingum County. A telescope set up on Dillon’s Sky Deck provides views of the heavenly bodies, but your own two eyes and clear skies are all you’ll need to see the meteors shooting by. parks.ohiodnr.gov/dillon

8/13: Connect with nature at The Dawes Arboretum. Get an up-close look at flora in the Learning Garden, find serenity in the Japanese Garden and relish the late-summer hydrangeas in the Azalea Glen. Visit the Daweswood House Museum and discover much more across the nearly 2,000-acre destination in Licking County. dawesarb.org

8/14: During Rug Hooking Week at Sauder Village, Ohio’s largest living-history destination proves that traditional styles of art are anything but antiquated. View an exhibit with over 500 contemporary and historic pieces, including hooked rugs, furniture, wool applique, braiding and more. Aug. 14–17, saudervillage.org 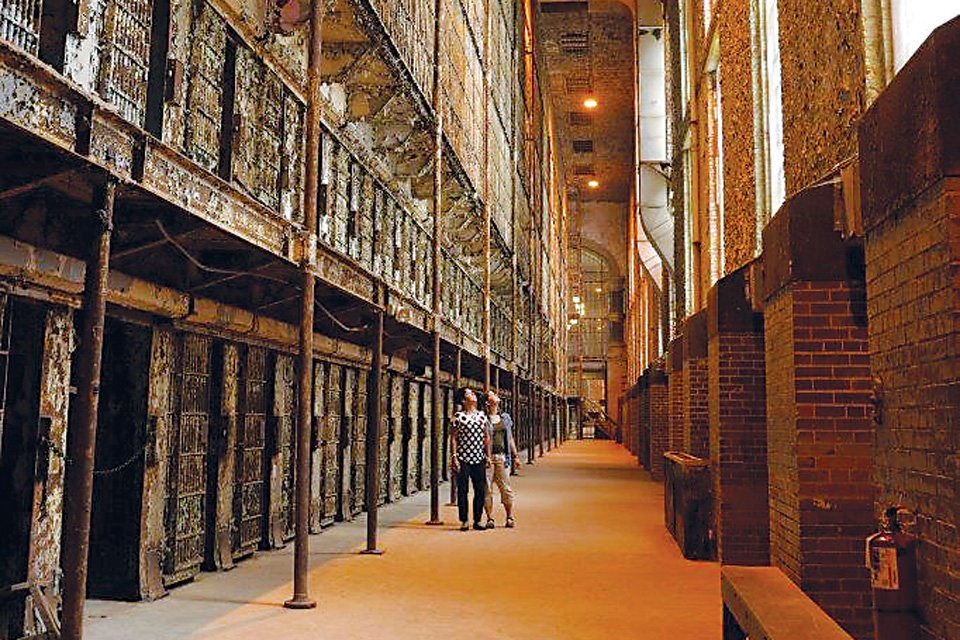 8/16: “Get busy living” and celebrate The Shawshank Redemption 25th Anniversary. The Shawshank Trail, which connects fans to filming locations such as the Ohio State Reformatory and Malabar Farm State Park, pays tribute to the iconic film with special tours, activities and appearances by the cast members. Aug. 16–18, shawshanktrail.com

8/17: Roll up to the Columbus Food Truck Festival. This mouthwatering event takes over the Scioto Mile with more than 60 of the region’s mobile food vendors, arts and crafts, two stages of live music and a children’s midway on Saturday in conjunction with Nationwide Children’s Hospital’s Great Duck Race. Aug. 16–17, columbusfoodtruckfest.com

8/18: The hunt is on at the Springfield Antique Show & Flea Market. Join the thousands of collectors who flock to the Clark County Fairgrounds for ceramics, jewelry, furniture, paintings and other vintage, primitive and midcentury modern treasures. Aug. 17–18, springfieldantiqueshow.com

8/19: A Gothic Revival structure perched beautifully on Fourth Street, the Marietta Castle has been home to a few families since 1855. But this summer, it’s celebrating its 25th anniversary as a Victorian house museum. Meander through the fully furnished rooms and learn about the region’s history along the way. mariettacastle.org 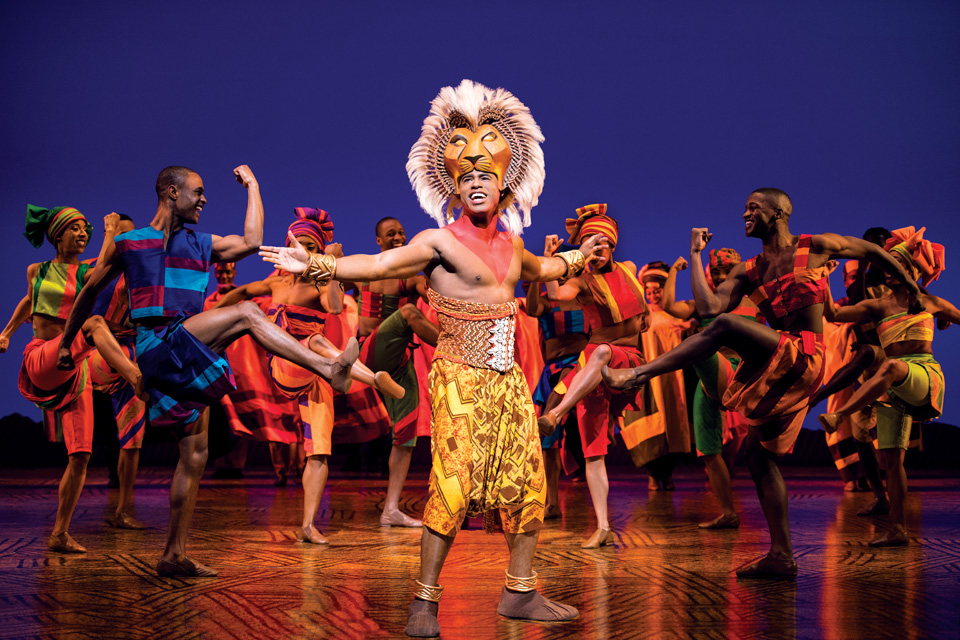 8/21: The North Coast Big Band brings a swinging repertoire to Spiegel Grove. On seven Wednesday evenings, the Verandah Concerts at the historic Rutherford B. Hayes home welcome families to stretch out on the lawn, enjoy a variety of bands and take part in an old-fashioned ice cream social. June 12–Aug. 21, rbhayes.org 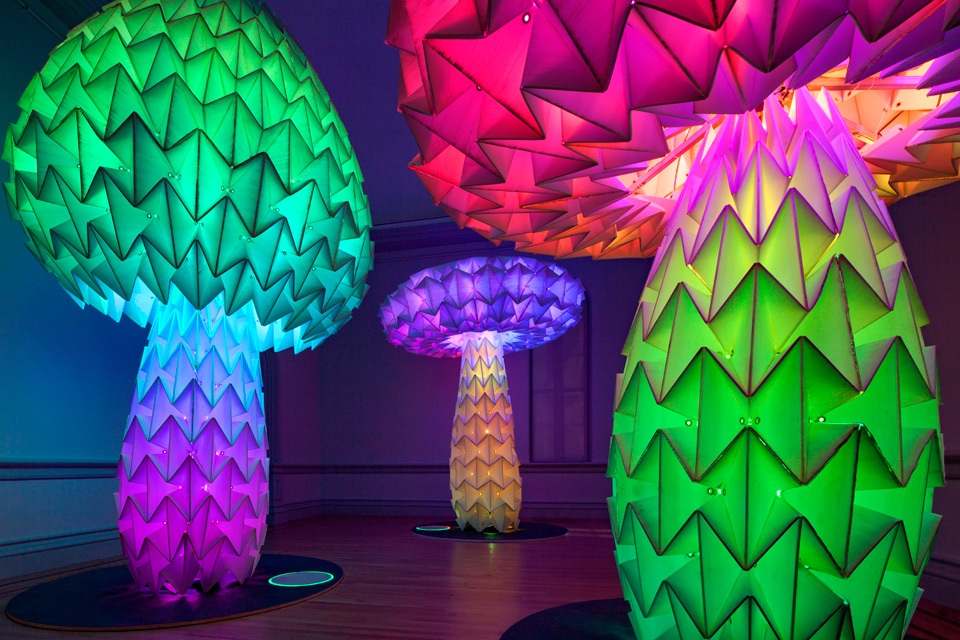 Art museums rarely invite their guests to interact with the works on display, but “No Spectators: The Art of Burning Man” isn’t your usual exhibition. Inspired by Burning Man, a gathering of creativity that draws 70,000 participants to the Black Rock Desert of northwest Nevada for one week each year, the collection of room-size installations, mutant art vehicles, costumes, jewelry and more offers a taste of the annual event.

Visitors to the exhibition, which runs through Sept. 2, can write about their dreams on Candy Chang’s “Before I Die” chalkboard installation or climb aboard Five Ton Crane Art Collective’s “Capital Theater” — a bus-like theater on wheels — to watch a silent film with musical accompaniment. Archival materials, photographs and ephemera add context to the art in the companion exhibition “City of Dust: The Evolution of Burning Man.”

Christopher Schardt’s star-shaped, 10-foot-wide LED structure “Nova” hangs from a gallery ceiling, projecting psychedelic patterns while classical music fills the room. Visitors are encouraged to lie down and take in the shifting images within the artwork.

“People at the Cincinnati Art Museum aren’t used to going to the galleries and laying down on the floor,” Brown says.

The exhibition’s title is inspired by Burning Man’s principles of radical self-expression, participation and inclusion — concepts that have propelled it into the countercultural phenomenon it’s become since its inception in 1986.

“There are some really beautiful ideals that are practiced out on the desert, and then people take those and carry them home with them,” Brown says. “They infect their network with them.” 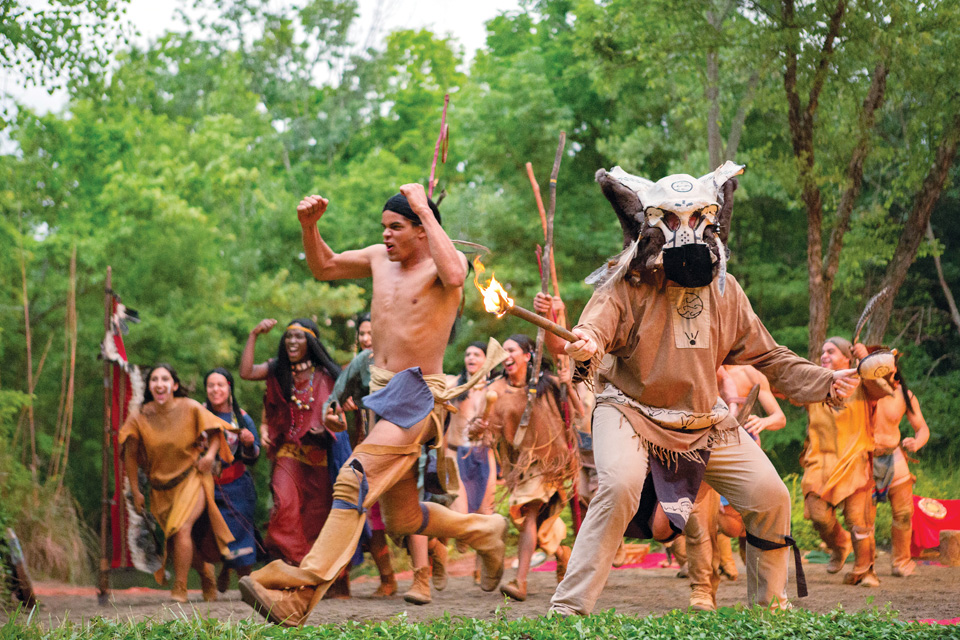 8/23: Cannons blast and horses gallop by during “Tecumseh!” — where viewers feel like they are part of the live action. The outdoor drama takes place under the stars at Sugarloaf Mountain Amphitheatre and recounts the story of the efforts made by the Shawnee warrior and leader to defend his people and his home. June 13–Sept. 1, tecumsehdrama.com

8/24: Experience a variety of visual and performing arts at the Clifton Gorge Music and Arts Festival, from crocheted creations and wood sculptures to fire dancing and fiddle tunes. Shop, get inspired or simply relax and soak in the views of the historic gristmill along the Little Miami River. Aug. 23–24, villageofclifton.com 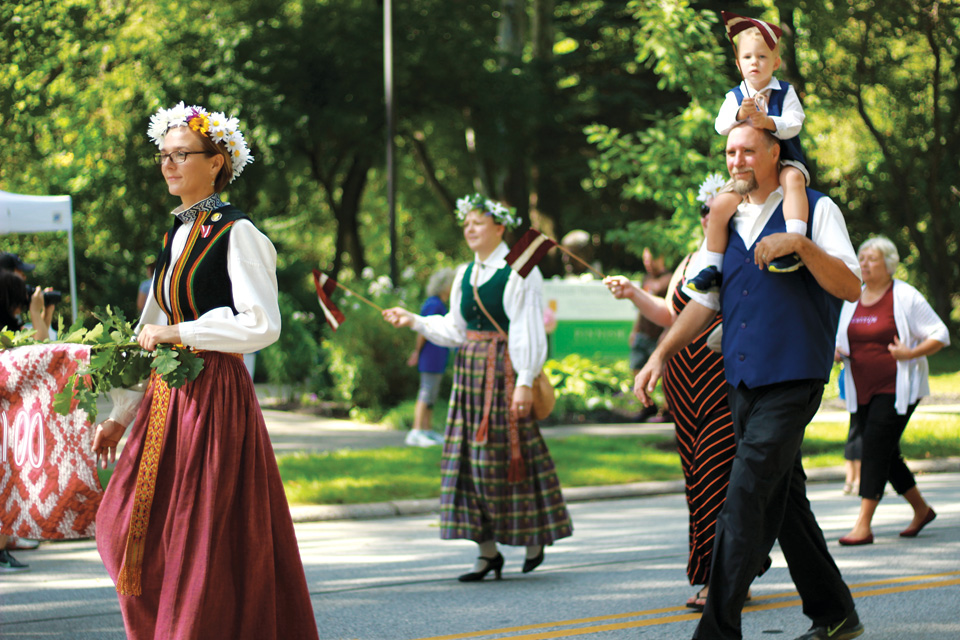 8/25: The Parade of Flags marches through the Cleveland Cultural Gardens with a colorful display. It’s a favorite aspect of the 74th annual One World Day, a festival celebrating peace and understanding that includes cultural performances, ethnic clothing, Lolley the Trolley tours, a naturalization ceremony and tasty dishes from around the globe. clevelandoneworldday.org

8/26: Imagination runs wild at the Franklin Park Conservatory’s 2-acre Scotts Miracle-Gro Foundation Children’s Garden. Leap across the Nature Play Zone, reach new heights on the Canopy Walk, put on a show in the Playhouse Garden, make music in the Bee Bop Corner and get close to tadpoles at the Pollywog Pool. fpconservatory.org

8/27:Get a taste of Prohibition at Hocking Hills Moonshine. The distillery and museum turns back the clock to the day of bootleggers. Two brothers, Brian and Eric St. Clair, opened the spot in 2015 to offer tours and quality moonshine — including the new 120-proof Buckeye Lightning — you can take home. hockinghillsshine.com 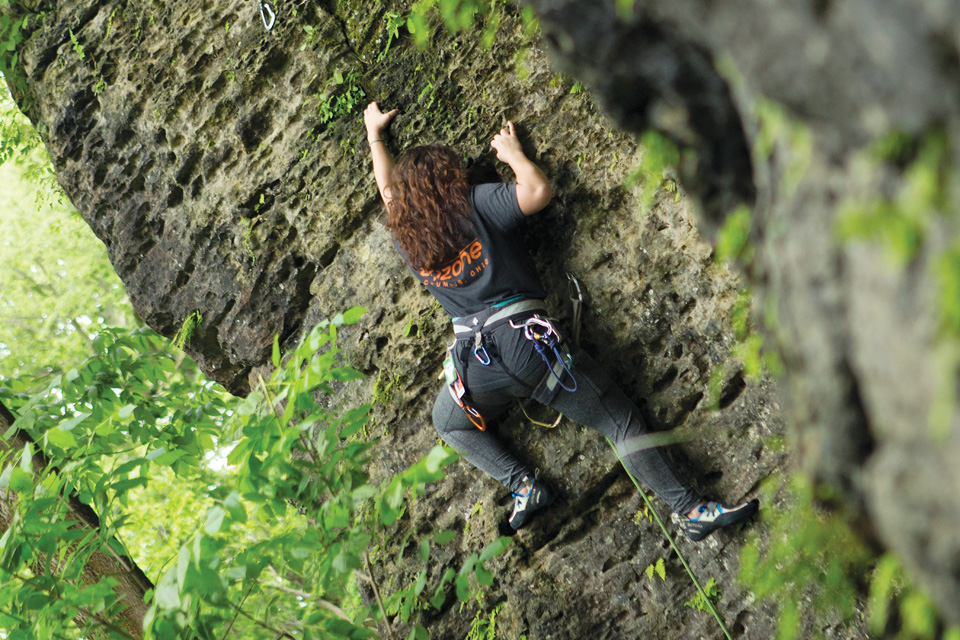 8/29: Climb up, up, up the cliffs at Mad River Gorge & Nature Preserve. Opened by the Clark County Park District in 2017, this 91-acre destination has been dubbed Ohio’s largest natural rock-climbing area. Double up the adventure by hitting the serene hiking trails and waterways. clarkcountyparks.org

8/30: The galleries inside the National Museum of the U.S. Air Force proudly display historical aircraft, but during Labor Day weekend, the Giant Scale Radio-Controlled Model Aircraft Air Show takes to the skies. RC pilots delight spectators with jets, warbirds and helicopters that are much more advanced than the ones you flew as a kid. Aug. 30–Sept. 1, nationalmuseum.af.mil

8/31: All aboard! The Hocking Valley Scenic Railway keeps on chugging through summer. Celebrate the train’s most recognizable car on the annual All-Caboose Train excursion — a favorite 22-mile round trip that meanders through the lush trees and rolling hills of southeast Ohio. hvsry.org