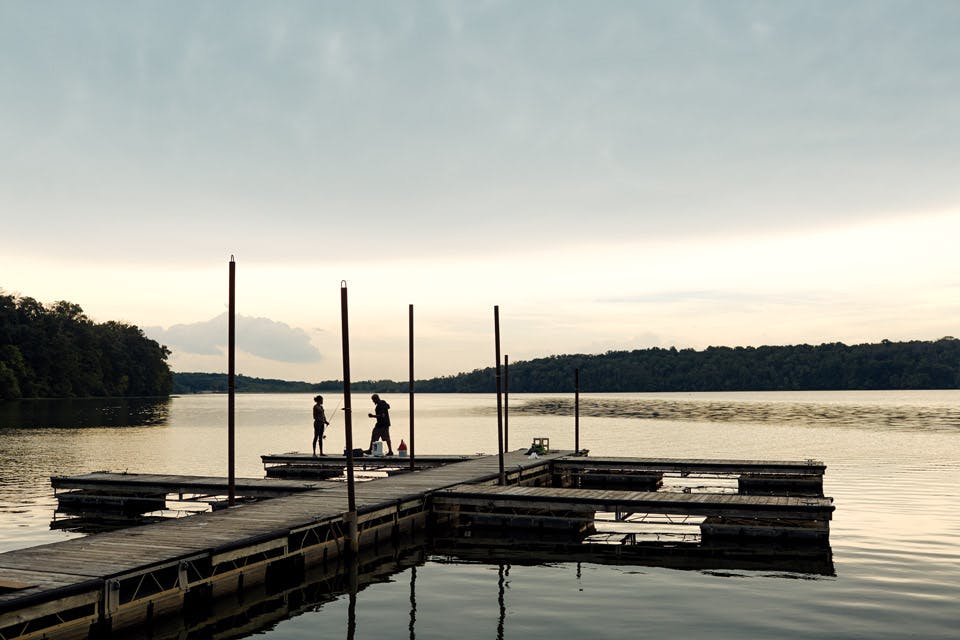 Travel this summer to see what makes this year’s Best Hometown honorees great places to visit, too.

Oxford
Hueston Woods State Park, located just outside of town, offers the chance to stroll an ancient forest, hit the water and relax at a lodge with the comforts of home.

Towering sugar maple and American beech trees stretch their branches high above Big Woods Trail, a mile-long route that provides a glimpse of what our state looked like before settlers arrived.

“It’s a little bit different than how other woods would look,” says Shawn Conner, naturalist at Hueston Wood State Park, located 5 miles from downtown Oxford. “It’s more open, we have really tall trees, a little bit more variety in there.”

The 200-acre stand of primeval forest is designated a National Natural Landmark, but the trail that leads visitors through it is just one of a dozen located at this nearly 3,500-acre state park, which also features mountain biking and bridle trails.

Although the variety of tree species makes fall foliage a spectacle, summer brings events such as the annual fireworks display, festivals at the Pioneer Farm Museum and educational programs at the nature center, which also houses a variety of animals such as snakes, turtles, hawks, owls and bald eagles. Nature-inspired yoga on Fridays is a new addition this year.

Located in the heart of the state park, the 625-surface-acre Acton Lake is great for hooking bass, bluegill, crappie, catfish and saugeye. A marina open during summer months rents canoes and kayaks as well as fishing and pontoon boats. In addition to a public swimming beach, there’s a designated area where pets can dive in, as well as an on-site dog park.

Visitors are welcome to hunt for marine fossils such as the clam-like brachiopods that date back to when this region of Ohio was covered by a shallow ocean, and you can even take your prehistoric finds home as a souvenir. “This area of Ohio is really good for fossil hunting,” says Conner. “If you pick up a rock in this park, it probably has fossils in it.”

Campsites, cabins and the Hueston Woods Lodge & Conference Center offer overnight visitors a range of options. The on-site resort features 92 rooms, plus indoor and outdoor pools. You can play an 18-hole championship-length golf course or even tackle the popular disc golf course. 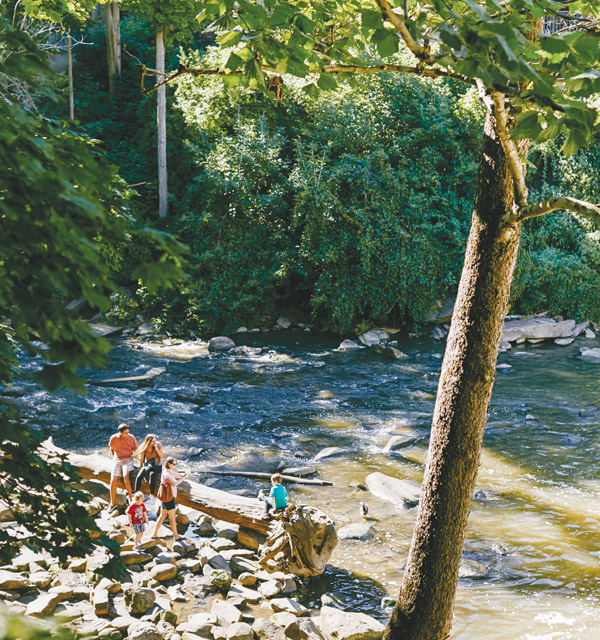 Chagrin Falls
A visit to this village’s Main Street offers a wealth of shops, restaurants and places where travelers can sit back and take in the small-town atmosphere.

Walking through downtown Chagrin Falls is like taking a stroll through the past. The mix of shops, galleries and restaurants, as well as the waterfall accessible from Main Street, ooze Americana and attract visitors from all over.

“Riverside Park and the falls are the main draws to the village,” says Chagrin Falls Mayor William Tomko. “Particularly, parents with young kids will bring them, get an ice cream cone, walk along the river and feed the ducks.”

The mayor says Chagrin Falls prides itself on offering something for everybody with its downtown, and he says it’s an idea that local business owners have embraced. If you want to hang out by the water, there are wide-open green spaces with picnic tables and a playground. From there, Main Street is just steps away, and it’s easy to see how one could spend a good portion of the day choosing from among the more than 70 shops and nearly 20 restaurants located in the center of town.

Chagrin Falls was established in 1833, which is reflected in the Greek revival- and colonial-style brick buildings that line Main Street. For a town that’s nestled in Cleveland’s eastern suburbs, the village’s thriving town center is what has allowed it to maintain its small-town identity over the years, and that’s part of what makes this place so compelling to visitors.

Take Chagrin Hardware & Supply Co., for example. Established in 1857, it’s the longest-operating business in the village and a frequent stop for out-of-towners. Housed in an old brick building, the store’s wooden floor and original built-in shelving serve as a time capsule. Steve Shutts, one of the business’s owners, says the level of craftsmanship that went into the building is nearly impossible to find today.

“They really took pride in what they did,” he says, pointing to a scale from the late 1800s that he says is so accurate inspectors always check it a few times in disbelief.

Visitors can buy ice cream at the town’s Popcorn Shop or sip an old-fashioned phosphate at North Main Diner. Those looking for higher-end dining options will find them at Umami and Grove Hill. Then, there are the shops, which range from clothing boutiques to arts and antiques to home furnishings and beyond. For more information, visit yourhometownchagrinfalls.com. 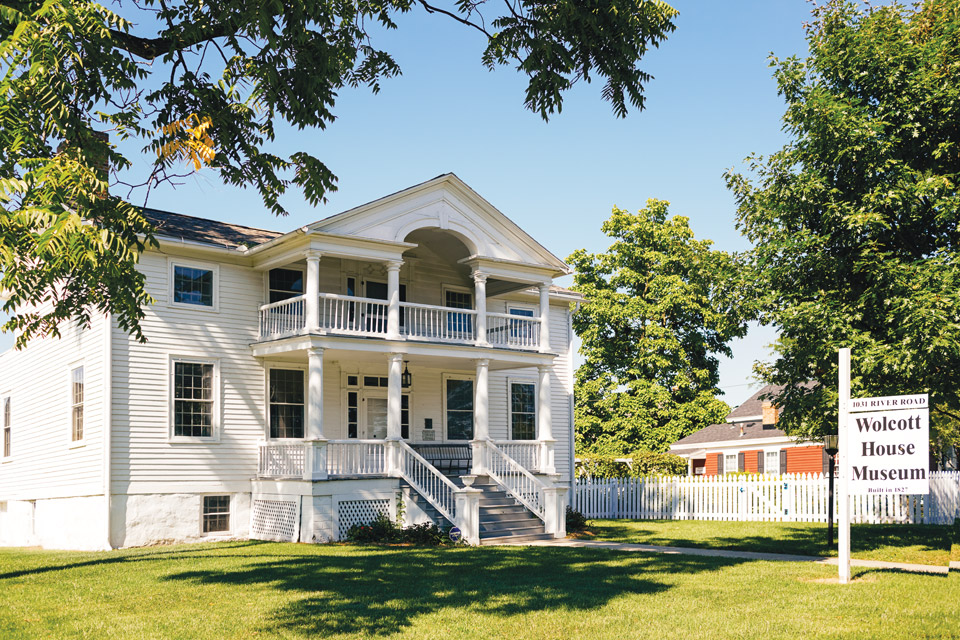 Maumee
The Wolcott House Museum Complex offers a window into the lives of those who settled northwest Ohio.

As Amanda Vaughan, executive director of the Maumee Valley Historical Society, unlocks the door to the Wolcott House, she describes the treasures within: black walnut woodwork dating back to the home’s 1827 construction, antebellum furnishings and a two-story veranda. But clearly for Vaughan, the Federal-style dwelling is about so much more than bricks and mortar.

“The story of Maumee serves as a great mirror for what was going on in the rest of the country at the time this was built,” Vaughan says. “Between 1796 and 1840, the population growth in the land known as Ohio alone was immense, and the folks who settled here were part of that westward expansion. This house … stands as a tangible symbol of the Maumee pioneer.”

The Wolcott House began as a log cabin built by Connecticut emigrant and shipbuilder James Wolcott and his wife, Mary Wells Wolcott, the granddaughter of military leader Chief Little Turtle who valiantly fought to prevent settlers from claiming tribal land. In 1795, the chieftain signed the Treaty of Greenville, which ceded much of Ohio and parts of Illinois, Indiana and Michigan to the United States.

The Wolcott homestead evolved into a 14-room mansion over the years and remained in the family until 1957 when James and Mary’s great-granddaughter Rilla Hull willed it to be left as a museum.

Each year, more than 5,000 tourists visit the Wolcott House Museum Complex. The 7-acre property also includes a restored, Civil War-era one-room schoolhouse from western Lucas County; a log house built in the 1850s that originally sat along the north bank of the Miami & Erie Canal in Maumee; Clover Leaf Depot, built in 1888 by the Toledo & Grand Rapids Railroad; and other historic structures that have been relocated to the site.

An annual weeklong day camp for 2,000 local third-, fourth- and fifth-graders replicates what it was like to be a youngster in the 19th century. Students weed the vegetable garden, make candles and churn butter.

“You have to get students interested and invested in their local history at an early age,” Vaughan says, “so that throughout their lives they will continue to be captivated by it.” 1035 River Rd., Maumee 43537, 419/893-9602, wolcotthouse.org. 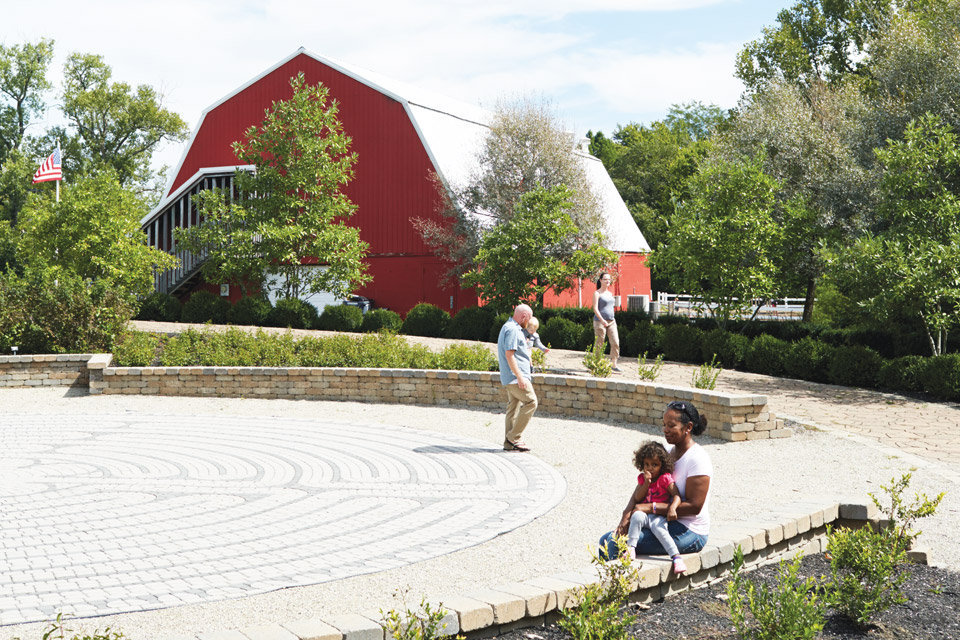 Grove City
The Gardens at Gantz, located less than 3 miles from the center of town, offers a place of tranquility and learning for all to enjoy.

Surrounded by gently rolling terrain full of lush trees, the stately brick home of the Gantz family stands just a short drive from the center of Grove City. Pathways wind through the property and wooden arbors greet those who stop by to explore.

The city purchased the homestead in 1974, and today the it stands as a peaceful spot to while away a few hours exploring the various herb gardens that grow there.

“Everything is labeled,” explains Linda Rosine, recreation specialist at The Gardens at Gantz. “You just kind of meander through at your will. It’s very tranquil.”

The nearly 180-year-old farmhouse serves as a community gathering space and a resource. Bundles of dried flowers and herbs dangle from strings and ribbons attached to ceiling beams. The library, brimming with books on dark wooden shelves, is a place of learning for the curious gardener.

“Anything you can think of from an herb gardening standpoint is in this library,” says Rosine, “things on medicinal herbs, landscaping with herbs.”

But the true draw is the outdoor gardens designed by Grove City resident Barbara Williams that feature three main sections: Garden of Today, Garden of Yesterday and Garden of Tomorrow. A trek through each allows guests to soak in the serenity of nature and be inspired by the plant combinations. The Gardens at Gantz offers classes for children and adults, with the Garden of Tomorrow serving as a way to share modern gardening techniques for those with limited space. The Gardens at Gantz also offers 3 miles of walking trails and a labyrinth where visitors can follow a charted, circular path at their own pace.