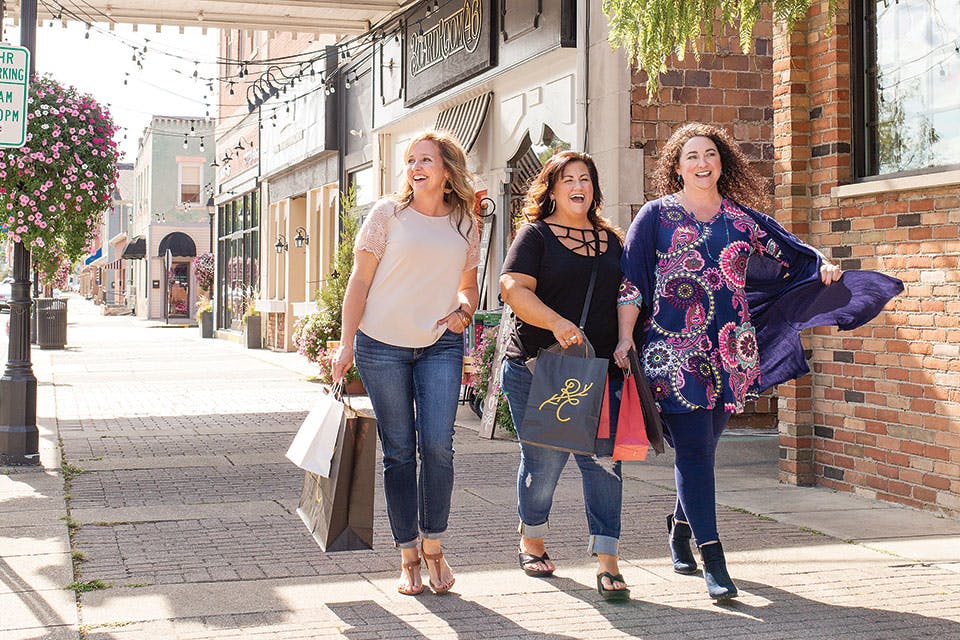 This Ohio River village settled by 500 French immigrants in 1790 embraces its history while looking to the future with a successful downtown revitalization program and a stellar public library.

The statue of the man and woman stands perched on a boulder along the edge of Gallipolis City Park. He’s close to her, stretching his left arm outward, while she clutches a baby. Dressed in the garb of the late 18th century in which they lived, the couple represents the French 500, a group of immigrants who traded the uncertainty of the French Revolution for the wilderness of America’s Northwest Territory.

The tribute was set at this spot near the Ohio River in 1990 to mark the bicentennial of the French 500’s arrival here in 1790. The bronze statue, named “La Vue Premiere,” was sculpted by William P. Hopen and made possible by Bob and Jewell Evans. (The couple behind Bob Evans Restaurants met while attending high school in Gallipolis before marrying in 1940 and settling on a nearby farm. There, they began making the sausage Bob first sold at a small diner in town.)

The influence of Gallipolis’ original 500 French settlers is celebrated to this day, most notably at Henry Cushing and his sister Elizabeth Cushing Foster’s former tavern. The brick, Federal-style building dating back to 1819 is now known as the Our House Tavern Museum. 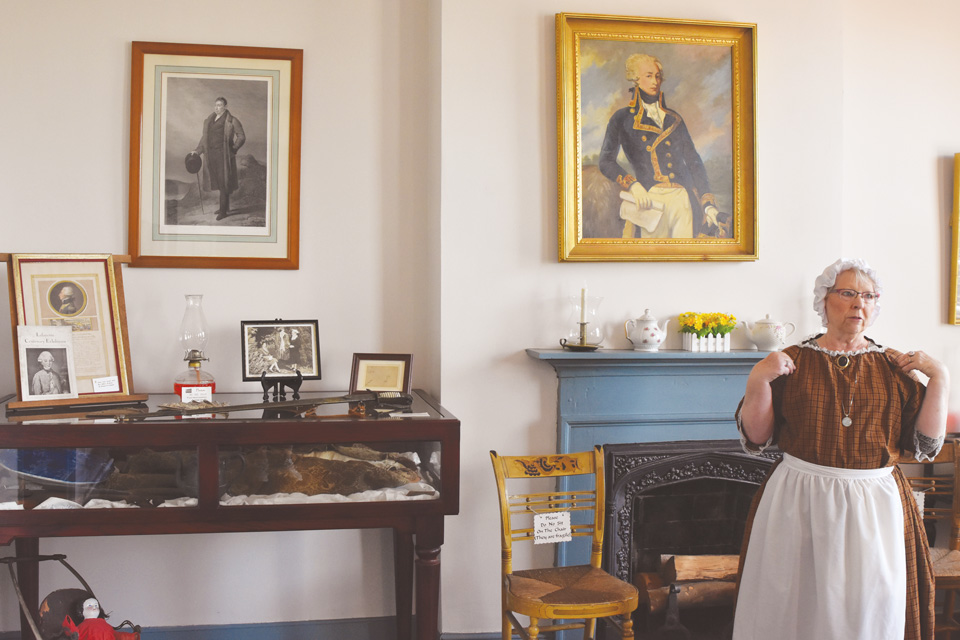 The Our House Tavern Museum tells the story of Gallipolis’ early settlers. (photo by Rachael Jirousek)

“We are the Henry Cushing Tavern but the townspeople don’t know us by that,” says Becky Pasquale, the museum’s assistant site manager. “We are the Our House Tavern Museum. The reason: Henry would go down to the boats and say, ‘Come on over to our house,’ and he would get travelers to come up here.”

The tavern served as a community focal point, and on May 22, 1825, the Marquis de Lafayette — the last surviving French general of the American Revolutionary War — visited during his tour of the United States. He even left behind his jacket, which is now displayed in a glass case on the building’s second floor.

The Our House Tavern Museum is one of the most visible reminders of the city of Gallipolis’ long history. So is the city park, which was the site of the first settlement in Gallia County: a collection of small cabins built to house those early French settlers. 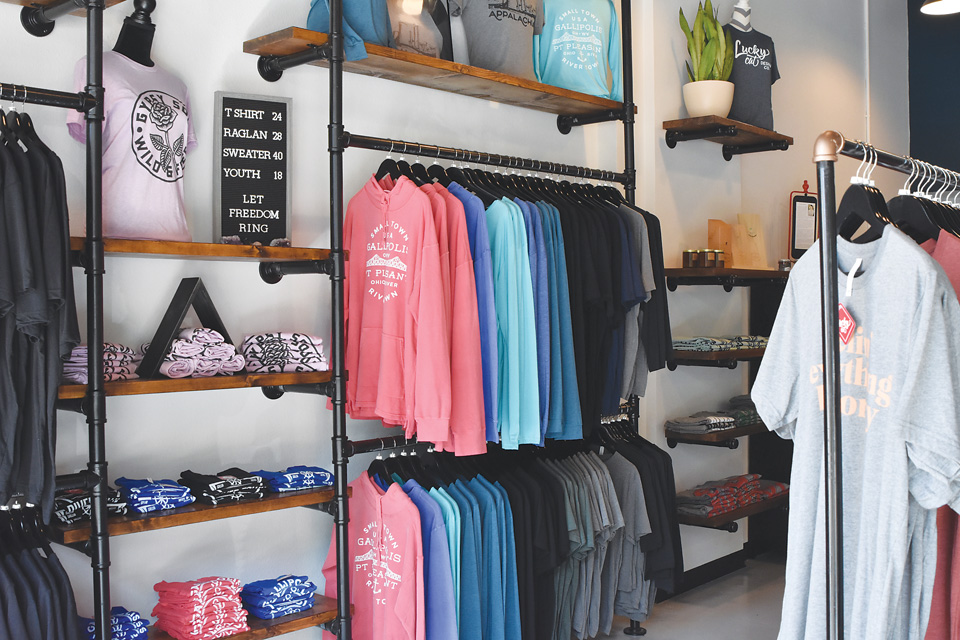 Downtown Gallipolis is home to a variety of small shops such as Lucky Cat Design Co., which shares a storefront with the houseplants store The Potted Edge. (photo by Rachael Jirousek)

Today, the expansive green space between the river and Second Avenue is home to a white wooden bandstand built by a local father and son in 1876 to memorialize Gallia County’s Civil War veterans. The park offers shaded places to sit and bench swings where you can take in views of the river. It’s the gathering place for community celebrations, including the annual Gallipolis in Lights, an elaborate, illuminated display that kicks off the holiday season.

Businesses along Second Avenue include River City Leather and DIY-sign-making-shop Boardroom 46. There’s also The Potted Edge and Lucky Cat Design Co. — a shared storefront stocked with potted plants and cool T-shirts. In 2012, Gallipolis founded its Downtown Revitalization Project to help reinvigorate the center of town. The program assists start-up businesses and provides needed funding to existing ones, and it’s been funded solely by donations and fundraisers since its inception.

Although many of downtown’s current business tenants have arrived here in recent years, Lora Lynn Snow took on the revival of the Ariel Opera House in 1987. It was then that Snow, a professional musician, decided the theater portion of the building, which dates back to 1895, would be the perfect venue for The Ohio Valley Symphony she hoped to form. The community agreed, pitching in time, resources and money. Several different phases of restoration have improved the opera house’s main and upper floors as well as the next-door space used as the theater’s box office. 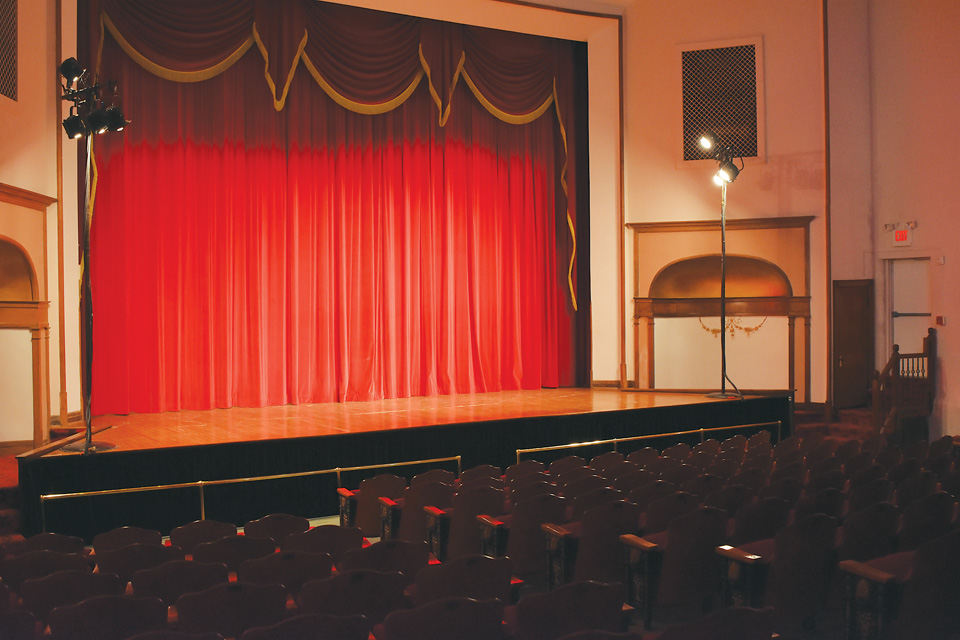 Lora Lynn Snow headed up the renovation of the Ariel Opera House property starting in 1987. Today, the historic theater is a gem of downtown Gallipolis. (photo by Rachael Jirousek)

“Since starting this in 1987, I’ve tried really, really hard to maintain the look of the era while bringing it up to code,” Snow says, as she points out a photo of the venue’s formerly dilapidated state. “We cleaned it up … and showed it off and [people] said, ‘Well, that’s nice, but if the acoustics are so good, Lora, have a show. Prove it.’ So we did.”

The existence of the Ariel Opera House in a community as small as Gallipolis is notable. The village, which covers a little over 3.6 square miles, has a population of just more than 3,400 residents. Gallia County’s leading employers are focused on health care and energy and include Holzer Health System, Ohio Valley Electric Corp.’s Kyger Creek Plant and Lightstone Generation’s Gavin Power Plant. 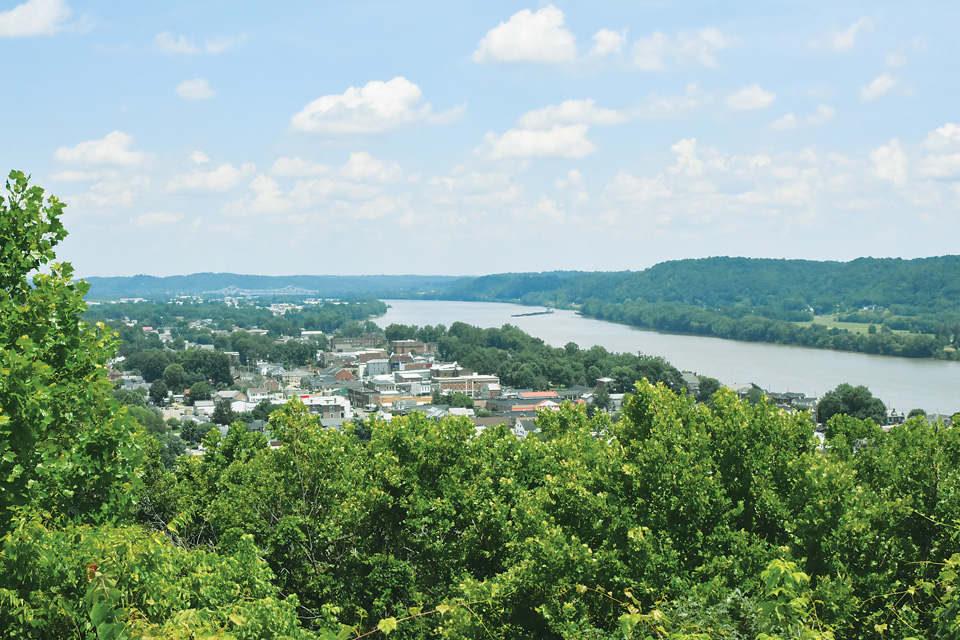 A view of downtown Gallipolis and the Ohio River from the overlook at Mound Hill Cemetery. (photo by Rachael Jirousek)

As the only public lending library in Gallia County, the welcoming space with a deep selection of books, magazines, newspapers, CDs and DVDs is a natural gathering spot, but there’s also more to its mission. It aims to serve the surrounding rural communities through on-site access to public computers, homebound outreach and inventive programs such as Wi-Fi To Go, in which library cardholders without access to high-speed Internet can check out a mobile hotspot for up to two weeks.

“They borrow the Internet from the library,” explains library director Debbie Saunders. “They can put themselves back on the wait list as soon as they’re done, but we have 100 of these [Wi-Fi units] and there’s a wait of about 250 to 300 people at any given time.” 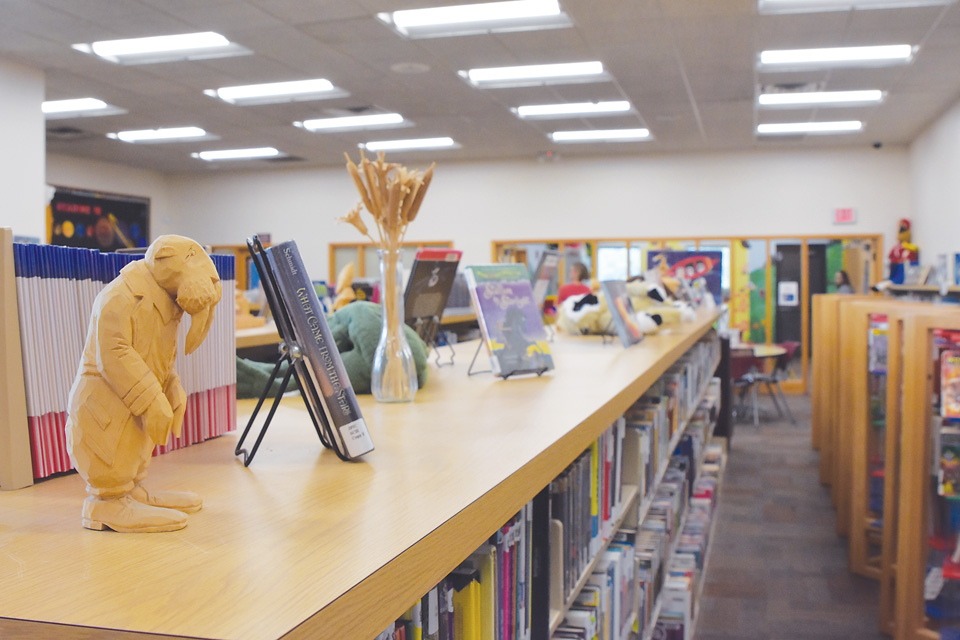 Programs like these offer insight into why Saunders was named Librarian of the Year by the Ohio Library Council in 2017. Under her watch, Gallipolis’ library has also attracted marquee museum exhibits one doesn’t expect to find in a town this size, and they’re free of charge. The library hosted a version of the world-renowned “Bodies” exhibition in 2016, and through Jan. 5, it is presenting “Space: A Journey To Our Future,” a collaboration with NASA.

“This particular exhibit was seen at the Smithsonian National Air and Space Museum,” Saunders says. “To bring that to a community the size of Gallipolis is just wonderful, because we know that a lot of people in our area, either geographically or economically, may never get to travel to see that kind of exhibit.”