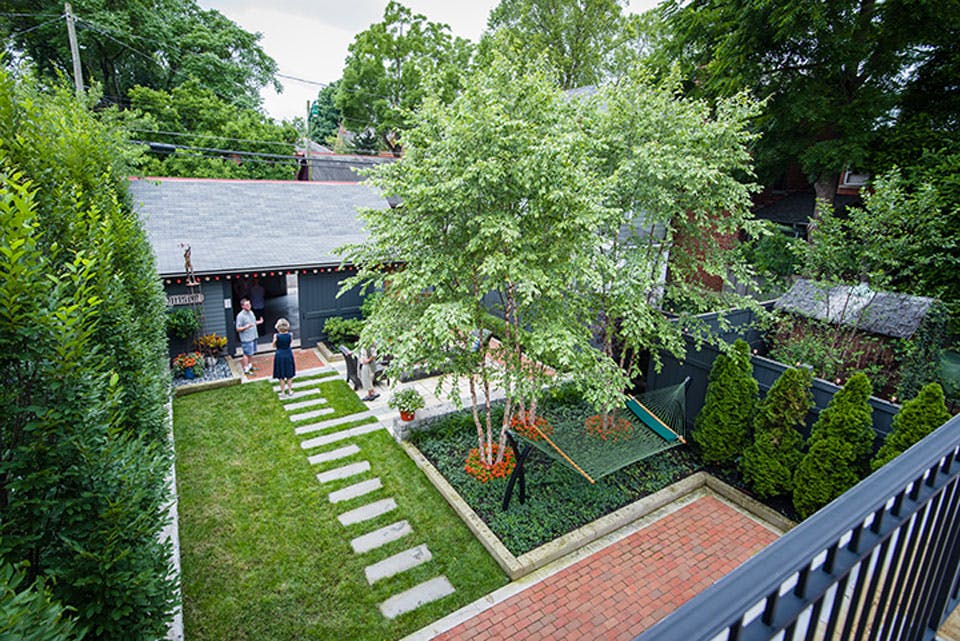 After moving to Columbus’ charming German Village neighborhood from the nearby suburb of Dublin, homeowners Eric Vanderson and Megan Maiberger didn’t immediately consider being part of the 58th annual Haus und Garten Tour.

“We had only been living here about six months,” recalls Vanderson, “but we thought this might force us to unpack our boxes and get to know some new people in the neighborhood.”

With the thought of 5,000 guests filing through their home, Vanderson and Maiberger worked hard to prepare for the June 25 tour presented by Columbus real-estate firm Vutech Ruff. The couple updated the 1882 structure with modern furniture and pop art, and a library-loft found in the bedroom, which is accessible only by climbing a ladder, serves as one of the home’s highlights.

“It’s like having a treehouse in this 130-year-old house,” says Vanderson.

The quaint brick streets and architecture found in German Village reflect the neighborhood’s 19th century roots. Ten homes and two gardens will be featured on this year’s tour, and one ticket grants guests access to all 12 stops. Although golf carts are available to make the trip from house to house a littler easier, German Village Society executive director Shiloh Todorov recommends traveling on foot.

“Walking allows you to take more unconventional ways — like down alleys,” she says. “You get to see more of the homes and gardens than if you just rode by.”

A pretour event takes place June 24 and is a tradition that began in 1995. Guests can access parts of these stops, such as carriage houses and attics, that aren’t included on the day of the tour. A dinner is also hosted at one of the homes.

“All the homes have such an amazing history,” says Vanderson. “It makes this event special. You get to tell their stories.”