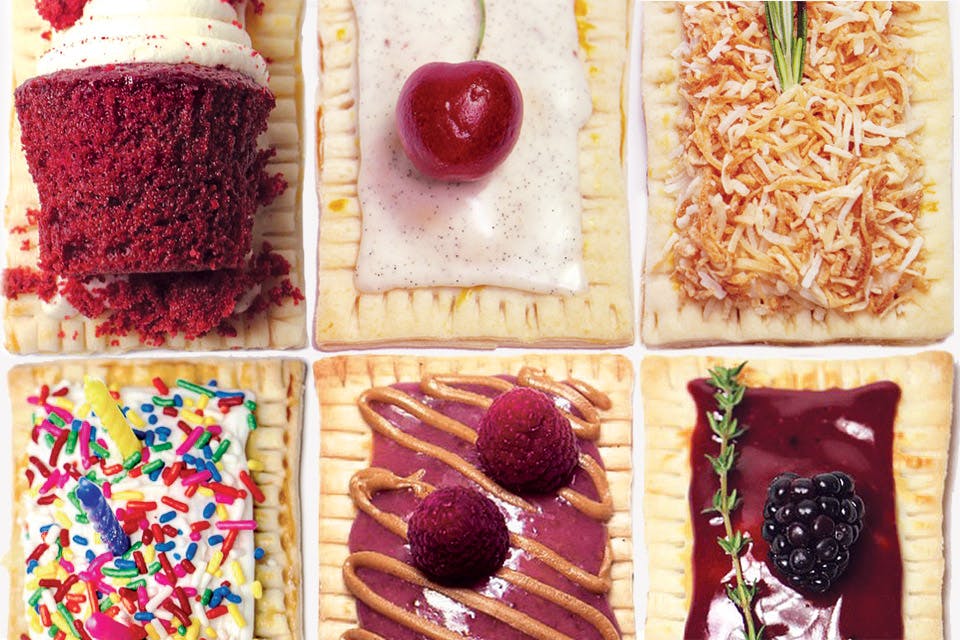 Ben Arington, the creator of Fat Ben’s Bakery in Cincinnati, offers a gourmet take on Pop-Tarts.

It all started with raspberry PB&J, blackberry thyme and blueberry crumble. Then, things got really interesting. Today, Cincinnati-based baker Ben Arington makes more than 30 varieties of pastry pockets from scratch, including wild creations such as strawberry shortcake, caramel apple pie and cookies-and-cream.

“I used to eat Pop-Tarts all the time,” says Arington, referring to Kellogg’s iconic toaster-ready pastry. “Once I had a cupcake-flavored one, and it made me wonder what else you could put on the inside of a Pop-Tart.”

When Arington, who sells his creations under the name Fat Ben’s Bakery, unveiled his gourmet pastry pockets in September 2016, he sold more than 18 dozen the first week.

“It wasn’t supposed to blow up this big,” he says. “It was only supposed to be something that I made here and there.”

He now supplies 30 varieties of pastry pockets to eight Cincinnati-area coffee shops, including Cocoon Coffee in Mason, Urbana Cafe in Cincinnati and Brick Coffee Co. in Norwood, and he provides a Cincinnati-area delivery service for a $5 flat fee.

“You can get a regular Pop-Tart from the store, but it tastes like it’s mass produced, and they’re not visually appealing,” says Arington. “I make everything fresh each morning, and everything I make needs to be visually stunning.”