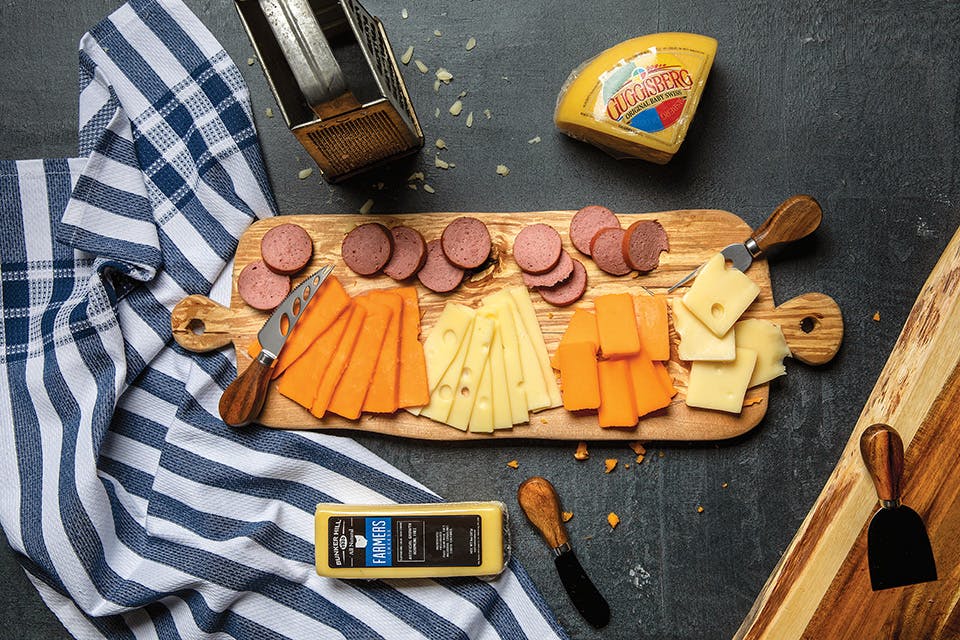 You can’t visit Ohio’s Amish Country without buying some locally made, award-winning cheese (and don’t forget Troyer’s Genuine Trail Bologna to go with it).

(From left to right of cheeseboard)

Colby Country Gold: Colby is a classic. We love this version from Bunker Hill Cheese. bunkerhillcheese.com 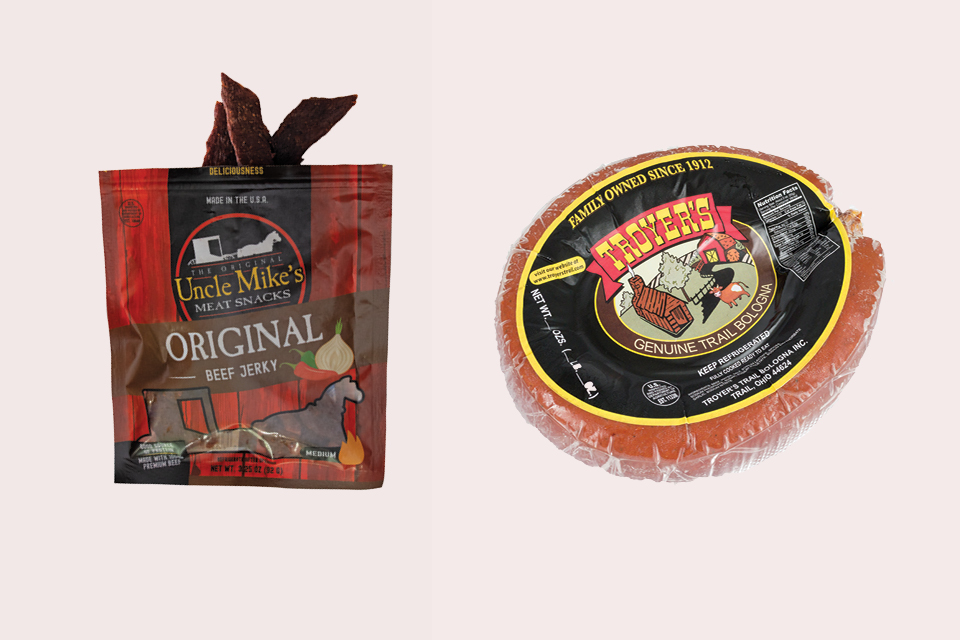 Uncle Mike’s Meat Snacks: Based in Holmes County, this division of Walnut Creek Foods makes nine flavors of jerky, including original, maple, raspberry and jalapeno, to complement its eight additional flavors of beef and meat sticks that range from honey to chipotle cheddar. Travelers can find the snacks at more than 40 Ohio locations. unclemikesmeatsnacks.com

Troyer’s Genuine Trail Bologna: This longstanding family business has been crafting its famous meat rings in the tiny town of Trail since 1912. The carefully guarded secret recipe is made using 100% beef and natural hickory wood smoke, and Troyer’s Genuine Trail Bologna comes in its classic original form as well as in cheddar and hot pepper cheese varieties. Pick up a ring of it in markets throughout Amish Country or pay a visit to the company’s factory store. troyerstrail.com 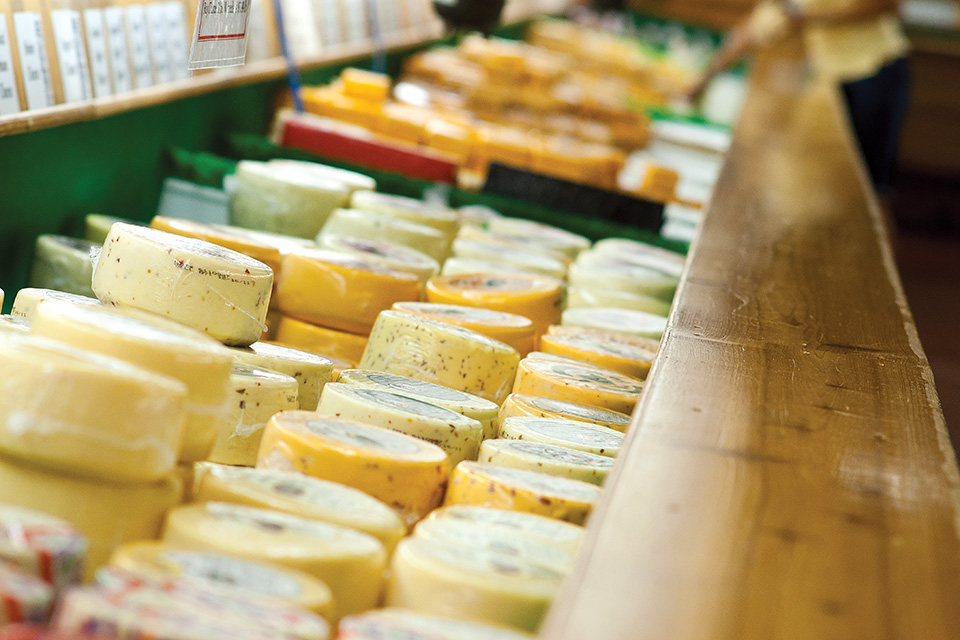 Swiss immigrant and cheesemaker John “Hans” Dauwalder started selling cheese in 1935. His business was known as Bunker Hill Cheese and still is to this day. Those who want a taste of that long tradition can find it at Heini’s Cheese Chalet, an Alpine-inspired retail store that looks like a building you’d expect to find among the hills of Switzerland.

“I’ve always said that Heini’s is the Disney World of cheeses,” says Missy Horsfall, director of tourism relations for Heini’s Cheese Chalet. “The first room you walk into is the cheese room, and [up until the last several months] we had samples all through the store.”

Normally, 25 cheeses are available for sampling, ranging from lacey baby Swiss to yogurt cheese to several spicy varieties made with super-hot peppers. The cheese is the star here, naturally, with the on-site factory producing up to 44,000 pounds from locally sourced ingredients each week, but the place has much more to offer. Heini’s cheese fudge — made with cream cheese — is also a customer favorite, with flavors ranging from chocolate peanut butter to rainbow sherbet. The store also stocks food products made in the area, including jams, jellies and Troyer’s Genuine Trail Bologna.

“The trail bologna is super popular,” Horsfall adds, “and then we have old-fashioned things like cornmeal mush and bottled sodas. It’s like a time capsule.”