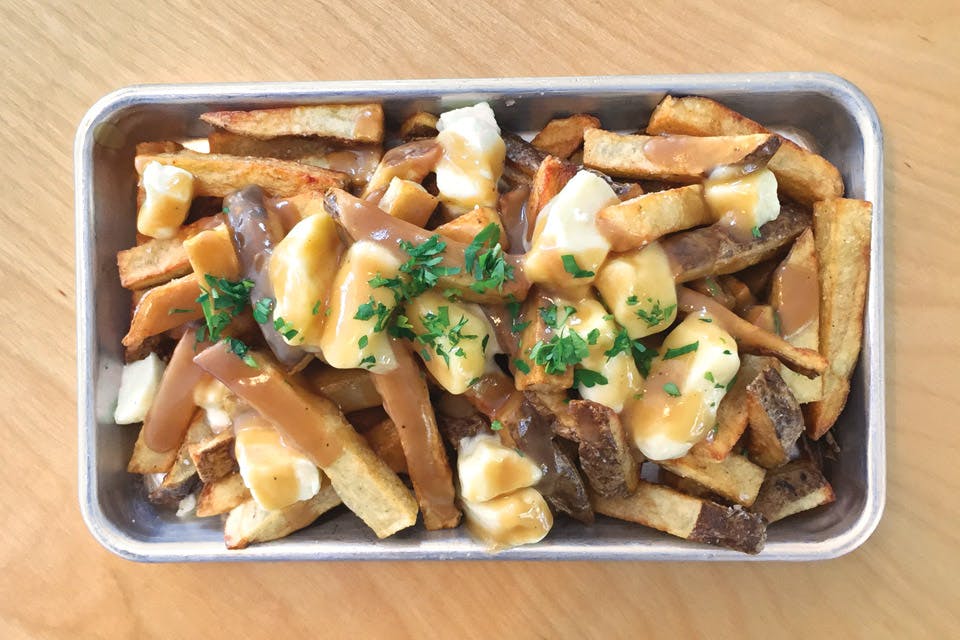 Poutine is everywhere in Canada. Now, fries, gravy and cheese curds get some love in Cleveland.

Matt Stipe says one of the best parts about opening a restaurant is the research. He and his partners took a few days’ sojourn to get to the bottom of poutine — a dish Stipe describes as Canada’s national food — for his new Cleveland spot, Banter.

“We figured, if it’s so popular just 30 miles north of Cleveland, why couldn’t it work here?” he says.

While some Ohio restaurants offer versions of the dish — the main components of which are french fries, cheese curds and gravy — Stipe found that many strayed too far from the classic formula.

“People were just trying to do too much,” he says, “trying to make it too different.”

So, over two and a half days, Stipe and his team tried 23 different poutines, from Montreal to Toronto, fine dining to greasy spoon. And what they brought back was an understanding of what makes the best dish.

“[It’s] a lot of basic things,” he says. “The size of the french fries, the squeak of the cheese curds, things you might not think about but really affect how people eat and enjoy poutine.”

And while Banter offers 12 versions of the dish (including a popular rabbit pot pie iteration), the original Banter Poutine is an approachable initiation to the Canadian staple.

“Poutine is maybe not a cuisine that people are familiar with,” says Stipe. “But it’s still good comfort food.”