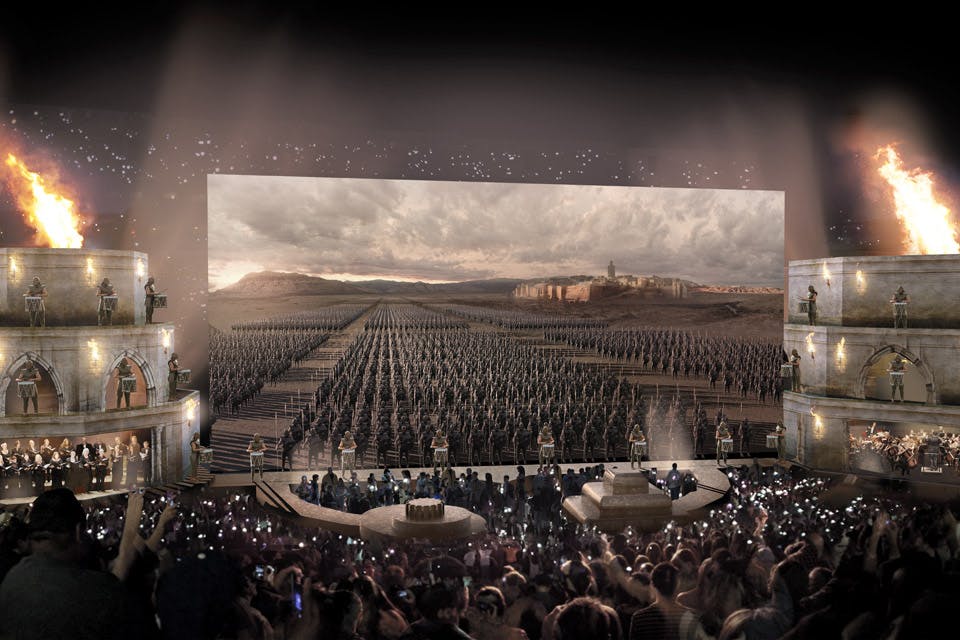 The Game of Thrones Live Concert Experience brings the sights and sounds of HBO’s hit show to Columbus.

The Game Of Thrones Live Concert Experience returns to Columbus Oct. 9, 2017. Tickets go on sale 9/29. Get more information at gameofthronesconcert.com.

In the six seasons since, Djawadi’s orchestral scores have served as a cornerstone of the show, setting the mood for both quiet moments and epic battles. On Feb. 23, the composer will bring the Game of Thrones Live Concert Experience to Nationwide Arena in Columbus. It is the only Ohio stop on a 28-city North American tour that will immerse fans in the sights and sounds of the show’s world.

An orchestra and choir led by Djawadi will perform in the round as images from and associated with the show appear on huge video screens throughout the arena. Special effects and lighting complete the imaginative and immersive production.

“I can’t even remember exactly when the idea came about,” says Djawadi. “It happened in the studio with David and Dan, the creators of the show. We were just reviewing some music, and I played some stuff, and they said, ‘We want to see this live. This will be awesome.’ ”

Talk escalated from a concert to a tour, then to discussion of creating a cutting-edge fan experience presented in an arena and featuring more than 60 performers that matches how big the “Game of Thrones” continent of Westeros feels.

“The show is so special and so different,” Djawadi adds. “We thought, let’s put something together with live music, but also design something around it; something that hasn’t been done before that gets the fans excited. You really feel like you are in the world of Westeros when you are there.”

Djawadi, a graduate of Boston’s prestigious Berklee College of Music, counts the scores for the films “Iron Man,” “Pacific Rim” and “Warcraft,” as well as HBO’s new series “Westworld” among his credits. Born to a German mother and an Iranian father, his early musical influences spanned from Mozart and Beethoven to Middle Eastern instrumental music.

“From a very early age, that musical influence subconsciously created different styles of music that I became comfortable with,” he says. “Then, as a teenager, I got into rock music, and then in college I studied jazz. For a film composer, that’s the perfect setup, because you’re always asked to be a chameleon.”

For more information about the Game of Thrones Live Concert Experience, visit gameofthronesconcert.com.