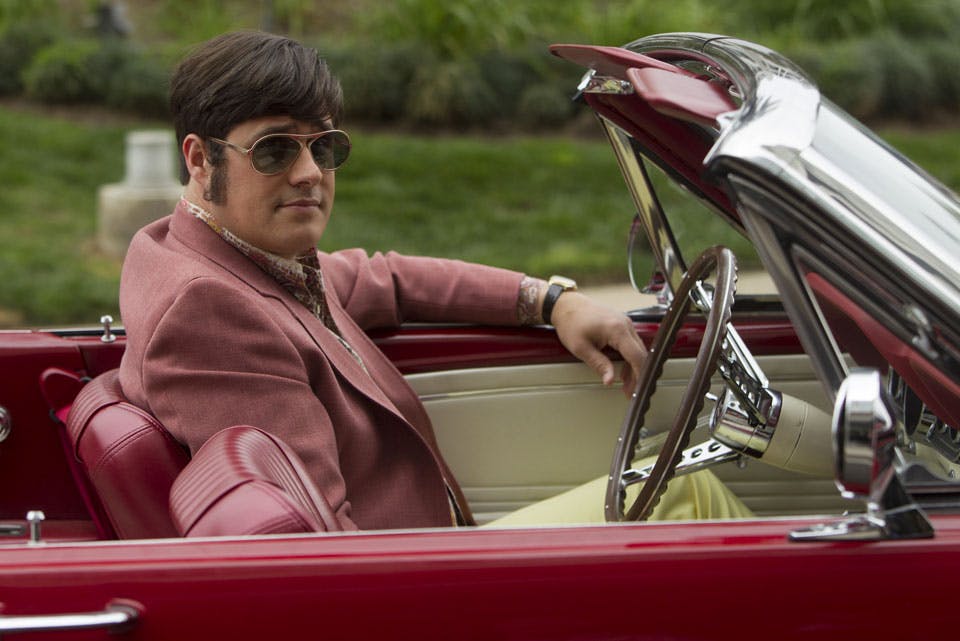 Ohio native Rich Sommer talks about his “Mad Men” role and why he thinks the show became such a phenomenon.

May 2015 Issue
BY Barry Goodrich | Photo Courtesy of AMC

May 2015 Issue
BY Barry Goodrich | Photo Courtesy of AMC

Given the booze-soaked world of 1960s advertising his character inhabits, it’s only appropriate that Rich Sommer’s first New York City acting job was a TV commercial for Bud Light.

“It was in 2004, just three months after I graduated from Case Western Reserve,” recalls the 37-year-old Sommer from his home in Los Angeles. “To get a job that quickly was pretty exciting.”

His big moment in the beer spot: walking into a window that had just been cleaned. Things picked up from there, and in July 2007, Sommer made his entrance as Harry Crane on AMC’s “Mad Men.” Since then, the show has grown from curious cult hit to full-blown cultural phenomenon.

“All you can do is read a script and respond to it,” says Sommer, who was born in Toledo and lived in Cuyahoga Falls until his family relocated to Minnesota when he was eight. “ ‘Mad Men’ was an amazing pilot. It was a script with intelligence and intensity. It was mysterious and strange.”

The show that provided Sommer his career-changing role will air its highly anticipated final episode May 17.

We talked with the actor about how he landed the role of Harry Crane, his thoughts on the ongoing allure of the 1960s and the critical importance that the time he spent studying theater at Cleveland’s Case Western Reserve University had on his career.

How did you learn you would be working on the show?
It had been about two weeks since I had done the callback for the show. I got a call at noon asking if I could be there in two hours for the read-through. Usually you get a call at least one day before, so it was fairly obvious that I was not the original choice for Harry. But here I am.

Why do you think “Mad Men” has become such a success?
The trajectory of the show continues to be a pleasant surprise to everyone involved. I was told very early on not to worry about the [ratings] numbers. Even though enough people watched it to spread the word, it wasn’t until season six that we knew for sure that we had another season coming. [Creator Matthew Weiner] and the writers created a dialogue that was almost poetic. And you have stunning performances from the lead characters, who really spiked the ball. It’s tough to quibble with all that.

How does the show’s 1960s setting play into the appeal?
Period shows are often interesting to people. The 1960s were some of America’s sexiest, most interesting years. A lot of s--- went down, as they say.

You landed a coveted spot in the theater program at Case Western Reserve University. How important was that to your career?
I want to make it clear that Case Western is the only reason you are talking to me right now. It all came from there. Those three years were not easy years. It was no cakewalk. The goal of the program was to break down your bad habits and build you back up. It’s not easy but it’s necessary. Every day that I act I’m using something from it. And I met my wife, Virginia, there. Literally my entire life came out of that program. Ending up at Case was the best thing that ever happened to me.

You worked with New York’s Upright Citizens Brigade improv troupe as part of your studies at Case and performed with the group after graduation. How did that help prepare you?
I always thought I would end up with something comedic. ... Improv will help you in any role. The old cliche is: Acting is reacting. Jon Hamm is going to do a scene slightly differently each time, and I have to respond in a different way each time.

In 2012, you performed on Broadway with Jim Parsons of “The Big Bang Theory” in “Harvey.” What was that like?
It was my first time on stage in eight years, and the first play I had done since the Cleveland Play House. Getting in front of an audience is an intimidating horse to get back on. Doing a play still scares me.

I was interested to learn you are an avid board gamer. How many do you own?
Too many … over 800. I remember buying a bunch of discounted board games from a store in Tower City [in Cleveland] about 10 years ago. I like the social nature of playing them and their design. They are like little pieces of math art. We ended up playing a lot of games on the set of “Mad Men.” There was always a game of cribbage or dominoes going on.

How would you describe Harry Crane?
My most succinct analysis of him is, “best place, best time.” He is one lucky fellow. He happened to hitch his wagon to TV when no one else was thinking about it. By definition, he’s smarmy. He’s a weasel [laughs]. He makes a lot of lofty claims, but he ends up backing them up.

What’s a favorite “Mad Men” moment for you?
Sitting in the car with Don and eating White Castle sliders. I think I ate nine of them. That was one of my favorite episodes for many reasons. Jon Hamm was directing that scene, and there he was sitting right next to me. Any time I had one-on-one scenes with Hamm and [John] Slattery was special.

How difficult was it to shoot the final episodes?
It was a very mixed bag emotionally to say goodbye to the characters and to say goodbye to the people you worked with for eight years. You form relationships and then just have to walk away from them. I was dreading that final “It’s a wrap.” The wrap party was quite a soiree. I had to leave at 3 a.m., but some people stayed until the sun came up.