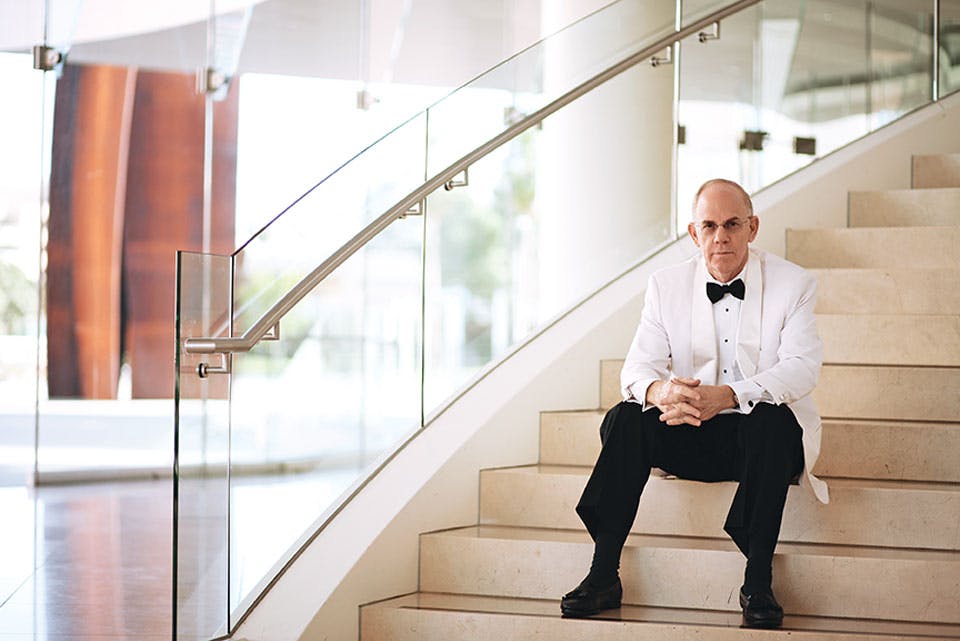 From the musical warning we’ll forever associate with a deadly shark to the trumpeting fanfare that rockets us to a galaxy far, far way, “The Music of John Williams” returns to Blossom Music Center in Cuyahoga Falls. On Sept. 5 and 6, the Cleveland Orchestra, led by conductor Richard Kaufman, will transport listeners with film scores from “Jaws, “Star Wars,” and more, as well as some of Williams’ lesser-known works, such as the march from “1941.” We talked with Kaufman about his career, the allure of Williams’ music and what listeners can expect Labor Day weekend.

The Music: Kaufman says one of the hallmarks of Williams’ work is that each score has its own distinct character. “For example, ‘Jaws’ is all about creating fear and suspense, ‘E.T.’ is magical … ‘Saving Private Ryan’ is an emotional description of courage and sacrifice,” he explains. Given such a tremendous body of work, Kaufman says it can be difficult to choose which selections to perform. Along with some of the composer’s most well-known works, Blossom Music Center listeners will hear pieces from “Empire of the Sun” and “Sabrina.”

The Conductor: Having played the violin since age 7, Kaufman realized in his teens he didn’t want to just be a member of the orchestra. After relentlessly asking his own conductor if he could try his hand at the podium, he was given the opportunity. “I had no idea what I was doing,” he recalls. “But it felt great, and I knew that I wanted to do it more and more.” In addition to his work conducting orchestras in concert halls and on recordings, Kaufman has also supervised music for film and television productions. He has won one Grammy and was nominated for two Emmy awards.

The Legend: The fact that Williams’ music is a part of films that have become cultural touchstones is part of the reason they’re so dear to us. But Kaufman says his ability to complement the action on screen while connecting with the audience makes him a master. “He is, of course, one of the greatest film composers who ever lived, and this is because of not only his dramatic sense, but because he writes extraordinary, memorable themes. … [He] uses the colors of the orchestra in a unique and wonderful way.”

For more information about “The Music of John Williams,” visit clevelandorchestra.com.