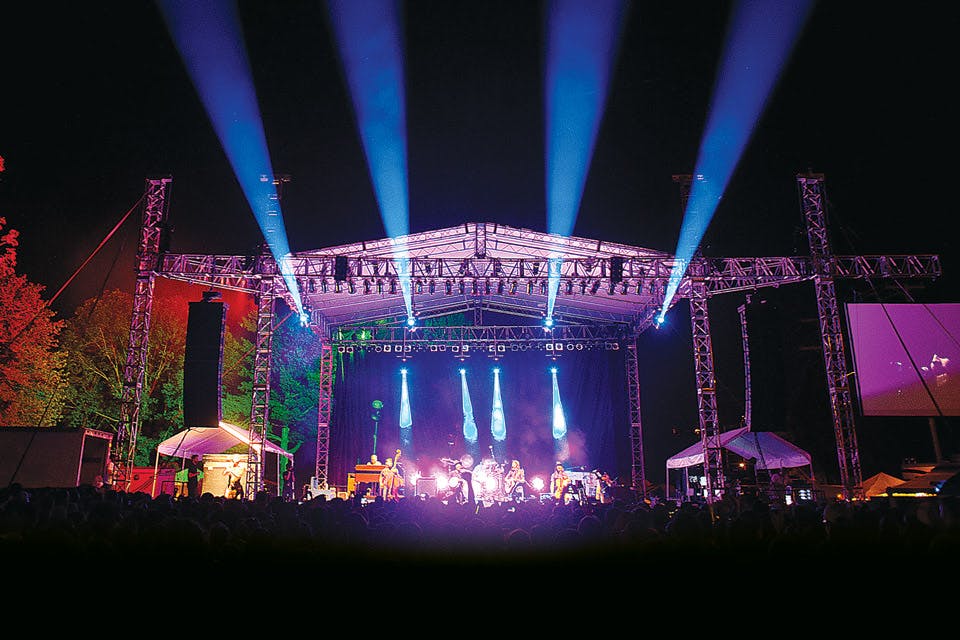 We highlight 14 exhibitions, shows and events that offer a glimpse of all the season has to offer.

Nelsonville Music Festival, May 31–June 3: Nelsonville
More than 60 acts performing in genres ranging from rock to folk take the stage at Hocking College for the 14th annual gathering Billboard called “one of the best-kept secrets of the U.S. music festival circuit.” Acts on this year’s bill include The Decemberists, George Clinton & Parliament Funkadelic and Ani DiFranco. nelsonvillefest.org

Cleveland International Film Festival, April 4–15: Cleveland
Ohio’s largest and longest-running film festival presents films designed to educate, entertain and celebrate the human experience. In 2017, more than 100,000 people attended the 12-day event, which featured more than 400 films originating from 71 countries. To complement the screenings, filmmakers take part in panel discussions following the conclusion of select films that explore the issues addressed in them and welcome questions from the audience.clevelandfilm.org

Athens International Film and Video Festival, April 9–15: Athens
Celebrating 45 years in 2018, this southeast Ohio festival showcases more than 200 experimental, narrative, short-form, feature and documentary offerings from around the world. In addition to screenings, the festival is also a juried competition that awards cash prizes for outstanding work. athensfilmfest.org 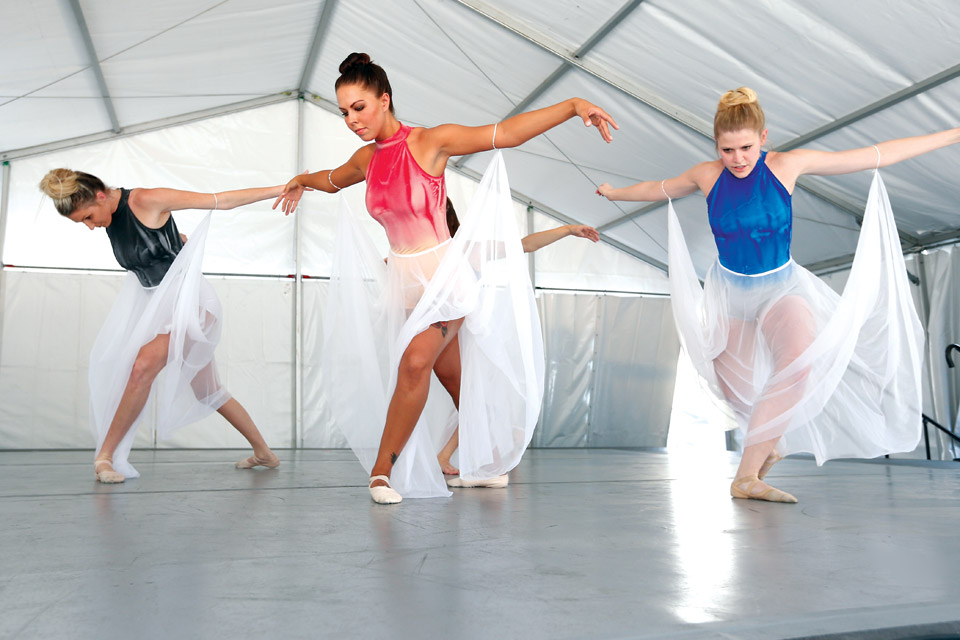 Each year, our capital city’s riverfront transforms into a kaleidoscope of visual art backed by a full slate of live theater, music and more. “We hope [to give] anyone from anywhere … a reason to come down and see the artwork and performances and have an opportunity to be exposed to something that they’ve maybe never seen before,” says festival director Sean Kessler. Here’s what art lovers can expect to find.

Visual Appeal: Between 275 and 300 visual artists representing 16 mediums are anticipated this year after festival organizers decreased the number from 350 in 2016 to create a better experience for attendees. “They can talk to those artists a bit more,” says Kessler. “They can ask questions and really make a deep connection.” Cash prizes are awarded in a dozen categories, with 2017 winners including Kathleen Tesnakis, who makes beautiful clothing from recycled fabrics, and photographer Lorri Honeycutt, who poses smaller-than-life figurines on all things tiny, from flowers to Cheerios.

Sweet Sounds: Four stages scattered throughout the Scioto Mile host dozens of musical acts during the three-day festival. Local performers during previous years have included the Columbus Symphony and Dublin native Luke Mossburg, while the Groove U stage — now in its third year — is produced by the youth who perform on it. Nationally touring acts, including Scott Bradlee’s Postmodern Jukebox, will appear at this year’s festival on Friday and Saturday nights.

Stage Craft: From musicals to belly dancing, catch condensed performances at the shared Dance and Theater Stage, and hear poets and authors read their work at the Word is Art Stage. For Columbus Children’s Theatre, which has performed in the past, the festival offers a chance to reach new audiences. “It’s a tremendous way for us to be acquainted with new families … and share the programs and performances that we offer with members of the Columbus community that we never otherwise meet,” says Susan Pringle, the organization’s executive director. 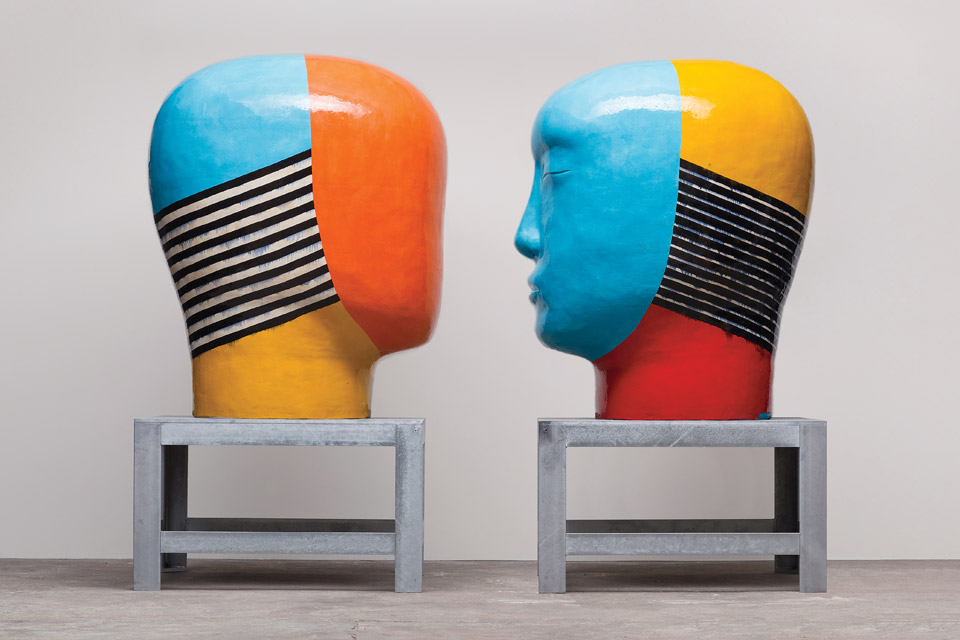 Jun Kaneko is an amalgam of contradiction. His towering sculptures and paintings are light yet dark, subtle but straightforward. For Mark Masuoka, director and CEO of the Akron Art Museum, it is that ambiguousness which makes the artist’s work so appealing.

“Jun’s talent not only represents the lessons in discipline many artists practice, it also presents a clear path to seeing how ideas can evolve — the concept that if you make one object, you can learn something from it and apply what you’ve learned to the next work and the next,” says Masuoka, who is curating the exhibition and has been friends with the artist for three decades. “He is a master of understanding when something needs to be 2 inches tall or 20 feet tall, so some of his pieces are sure to stop you in your tracks because of their sheer size and color palette.”

Through June 3, the Akron Art Museum is presenting “Jun Kaneko: Blurred Lines,” showcasing more than 30 of the artist’s works created over the last 37 years. The exhibition features a variety of Kaneko’s signature “dango” or dumpling-shaped statues and head-shaped sculptures, as well as drawings and paintings from the 75-year-old’s private collection.

Born in Nagoya, Japan, in 1942, Kaneko was fascinated by the Zen garden at Ryōan-ji, a temple northwest of Kyoto. As a result, Kaneko’s work contains references to the rhythm, pattern, sound and silence he discovered there. A focal point of the show is one of his untitled works from 2013 consisting of a pair of 9-foot-tall ceramic heads — one devoid of expression — facing each other in peaceful contemplation.

“Or is it?” Masuoka ponders. “One could also say it’s about two opposing forces in proximity to one another. We’re leaving it up to the viewer to decide what the piece means.”

A Temptations Revue, April 21: Toledo
Grammy Award winner Barrington “Bo” Henderson, former lead singer of The Temptations, takes the stage in an evening filled with hits that helped define a generation. In addition to chart toppers such as “My Girl,” “Papa Was a Rolling Stone” and “Just My Imagination,” the show also features the dance moves that made The Temptations famous and a six-piece band whose members backed up or opened for many Motown artists. valentinetheatre.com

Ricky Skaggs & Kentucky Thunder, April 27: Portsmouth
Bluegrass singer and 15-time Grammy Award winner Ricky Skaggs and his band Kentucky Thunder headline this benefit to aid the preservation of and addition to the Portsmouth murals: flood walls that have been transformed into an outdoor gallery depicting more than 2,000 years of local history. Country singer-songwriter Bobby Bare as well as Portsmouth natives Jacob Tolliver, who starred in the Las Vegas production of “Million Dollar Quartet,” and singer-songwriter Rick Ferrell are also on the bill. vrcfa.com

Byron Stripling: Ragtime, Blues and All That Jazz, April 6: Cleveland
Columbus Jazz Orchestra conductor Byron Stripling honors jazz legend and fellow trumpeter Louis Armstrong in a concert filled with engaging rapport and dazzling trumpet solos. Stripling’s spirited rendition of “When the Saints Go Marchin’ In” is sure to bring the house down. clevelandpops.com 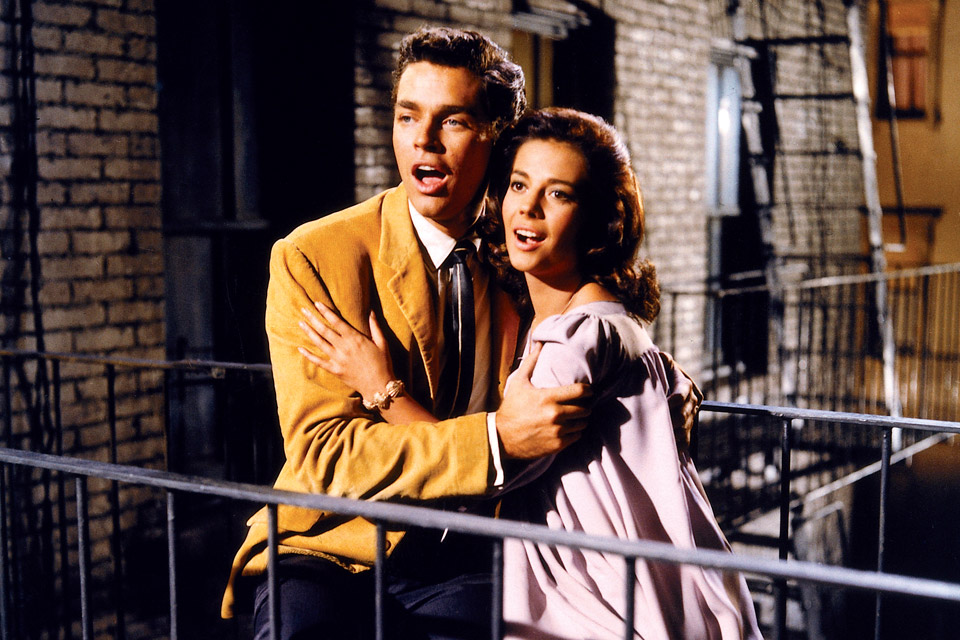 Since becoming conductor of the Cincinnati Pops Orchestra seven years ago, John Morris Russell has performed with a litany of greats from stage and screen. But it’s clear the orchestra’s upcoming commemoration of composer Leonard Bernstein’s 100th birthday brings a special thrill: Russell will conduct the orchestra in three performances of Bernstein’s vibrant score for “West Side Story,” the 1961 Academy Award-winning musical starring Natalie Wood, Rita Moreno and George Chakiris, as the film plays on a screen above the stage.

“‘West Side Story’ is the greatest musical ever written,” the Shaker Heights native says of the tale of two lovers caught in a turf war between rival street gangs. “Leonard Bernstein was a master at creating seductive melodic lines and singable songs you just can’t get out of your head. The film contains a melange of American music from jazz to mambo. Each is beautiful on its own, but Bernstein takes all these little bits and puts them together to create something so much more brilliant than the combination of all the parts.”

Russell has spent the past four months fine-tuning his timing to ensure the orchestra’s live performance aligns with the action on screen. As he conducts, Russell will keep an eye on the maze of prompts flashing on a monitor in front of him that serve to mark his place in the score. He is up for the challenge.

“Growing up, I watched ‘West Side Story’ with my family whenever it played on TV,” he says. “We would be there from the beginning through the end of the credits. And now, as I’m studying the score, every single scene is so carved in my memory, along with the nuance of the acting and the cinematography. The message of love, tolerance and respect the musical delivers is as relevant today as it was in the ’60s.”

Kinky Boots, April 18: Lima
Hardship turns into success when Lola, a vibrant entertainer and singer, crosses paths with Charlie, who just inherited a shoe factory. They combine their talents to create their own unique spin on stilettos. The Tony Award-winning production, written by Harvey Fierstein, features 16 original songs by Cyndi Lauper. limaciviccenter.com