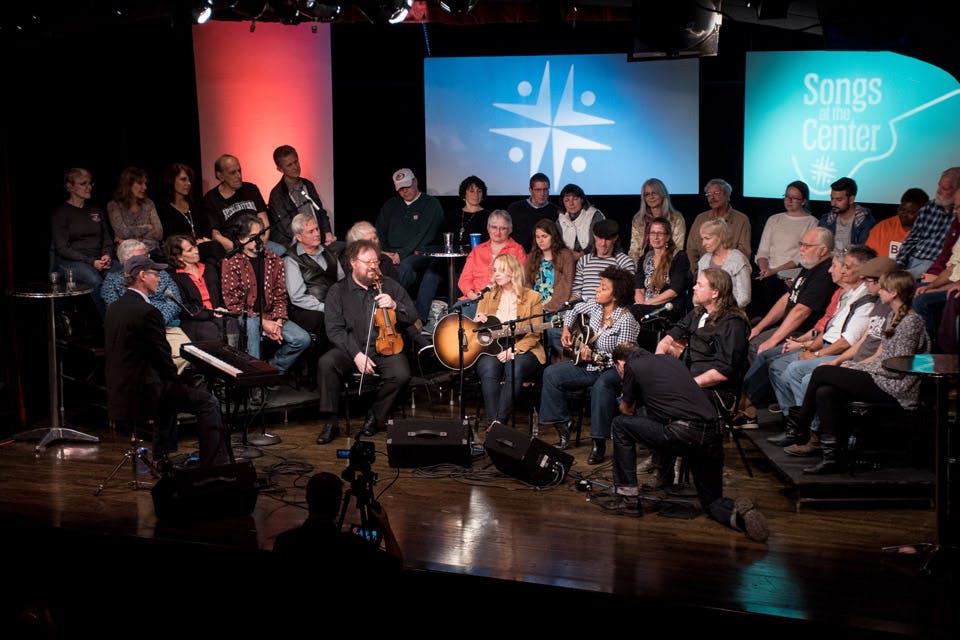 “Songs at the Center,” a nationally syndicated TV series recorded near Columbus, has featured more than 50 musicians with Ohio ties in the show’s three seasons.

When it comes to the music business, singer-songwriters don’t always get the attention they deserve. Although their songs often become the vehicles that propel other artists to fame, many songwriters spend the bulk of their careers out of the spotlight.

It’s the reason Ohio native and songwriter Eric Gnezda created “Songs at the Center,” a nationally syndicated television series featuring singer-songwriters performing in front of a live audience. “Songwriters are the heart of the music business,” he says. “And that’s why we’re trying to put them out front.”

The third season of “Songs at the Center” will debut Jan. 21 on central Ohio’s WOSU-TV, where viewers can watch the weekly program on Saturday nights at 11 p.m. right before “Austin City Limits.”

In the meantime, more than 130 stations throughout the country will continue to air previous “Songs at the Center” episodes until season three is available to them in May. In Ohio, the show airs on public TV stations that reach viewers in Cleveland, Columbus, Cincinnati, Akron/Kent, Youngstown, Alliance, Cambridge, Portsmouth and Athens.

Most of the shows are recorded at the Peggy R. McConnell Arts Center of Worthington — complete with stage directors, cameramen and lights — and each episode features three or four artists performing in the round while sharing the stage with members of the audience.

Some of the shows have featured high-profile Ohio artists such as “X Factor” finalist Josh Krajcik and guitarist and singer-songwriter Tim Easton, but many of the featured performers are not yet well known. Occasionally, established musicians such as Rock & Roll Hall of Fame inductee John Oates and Grammy-winner Don Henry have appeared as well. To date, more than 50 Ohio songwriters or those with roots here have been featured.

“Ohio is rich in songwriting talent, and that’s really what got this started,” says Gnezda, who has been performing at music venues throughout the country, including regular appearances at the famed Bluebird Cafe in Nashville, for decades. “I know so many talented songwriters in this state, and I wanted to give them the opportunity that I’ve had for the past 25 or 30 years.”