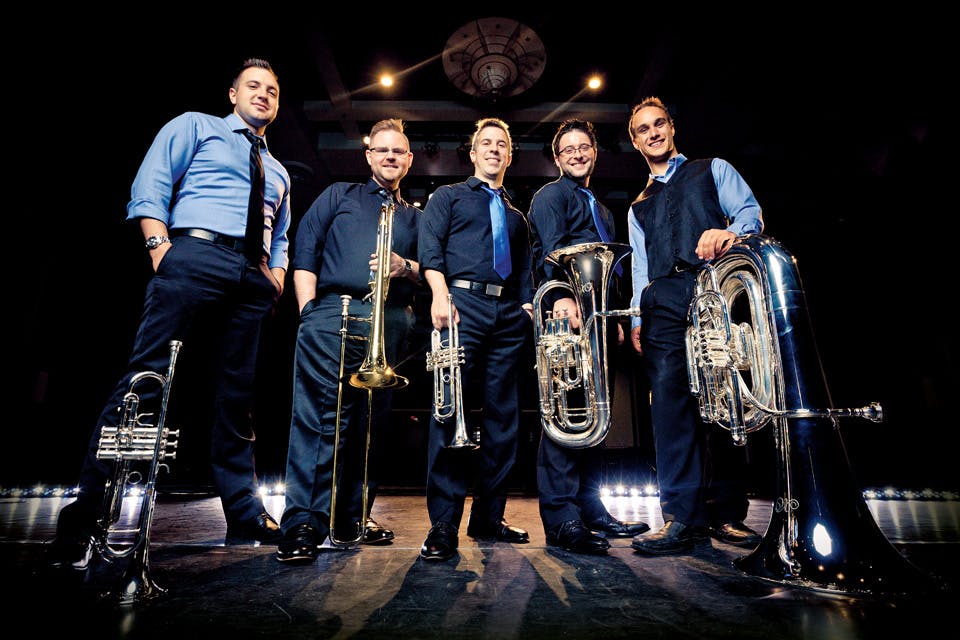 Mix the captivating melodies of your favorite show tunes with five talented musicians and a sprinkle of good humor, and the result is Presidio Brass.

The San Diego, California-based group pays tribute to Hollywood and Broadway’s greatest soundtracks, pulling from comedies such as “Breakfast at Tiffany’s” and “Wayne’s World” to musicals like “An American in Paris” and “West Side Story.” Even westerns and war films make an appearance, with the group drawing from “The Magnificent Seven” and “Platoon.”

“It really makes for an interesting, fun concert,” says Josh Bledsoe, trombonist and vocalist for the group. “You’re moving between various styles of genres and time periods pretty seamlessly.”

Bledsoe explains that the group’s performance also spurs feelings of nostalgia in audiences as it takes listeners back through the years.

“Any time you hear the soundtrack or see clips from a movie, it conjures up those memories of another time or another place in your life,” he adds.

The internationally touring group commands a range of sounds and styles as it makes use of brass, percussion and piano, with each member playing multiple instruments over the course of an evening performance.

“We are known for a very exciting and energetic sound,” Bledsoe says. “All five of us are highly trained classical musicians, but the way we play is extremely energetic and carries a lot of power.”